The Tencent share price added around 5% ahead of the market close in Hong Kong after coming under pressure in the run up to the release. Shares in Tencent are down around 17% from record highs in January of this year. 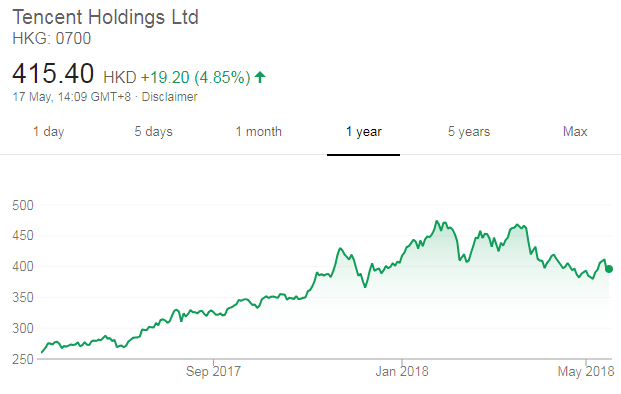 This is first time WeChat’s monthly active users have passed the psychological one billion mark.

WeChat, similar to Facebook’s WhatsApp but with integrated payments, games and other services, is China’s biggest social network. WhatsApp has around 1.5 billion monthly users.

The company’s gaming business boosted Tencent’s revenues over the quarter with smartphone games revenue up 68% year-on-year to 21.7 billion yuan, thanks to titles such as Honour of Kings.

Tencent said that there was “double digit growth” in terms of daily active users for the game.

In the first quarter of 2018, we launched the popular tactical tournament mobile games and enhanced the capabilities of widely-used services such as our Weixin Mini Programs, deepening engagement across our social, games and media platforms.

Online advertising revenue was up 55% year-on-year, boosted by video ads.

Meanwhile, Tencent revenue from other businesses, including its cloud services, grew by 111% year-on-year.