While the demise of Toys R Us in the UK has focused on how it was killed by the internet, data shows that the rise of local rival Smyths caused even more damage than Amazon.

The internet did take away Toys R Us’ main unique selling point, which was having such a wide range (‘everything under one roof’), but its failure to react in terms of the shopping experience, pricing and its own website is in stark contrast to the more imaginative reaction of Smyths, and to a lesser extent The Entertainer. 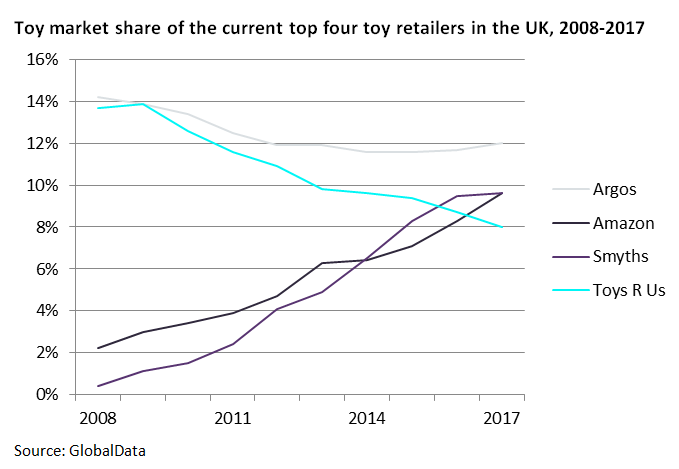 Without a deal in sight, more closures are imminent.

But it won’t be Amazon that benefits the most. According to a recent GlobalData’s survey, frequent Toys R Us shoppers are more likely to shop at market leader Argos and Smyths. 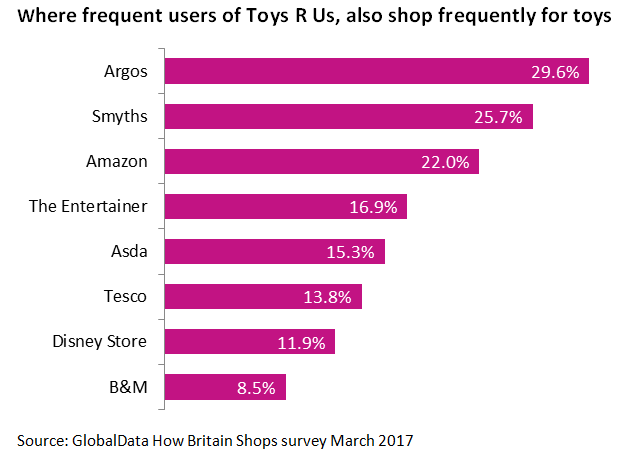