The British Treasury is considering phasing out 1p and 2p coins as people are shifting from cash to contactless and card payments.

According to a document published by the Treasury, although there are no current plans to effectively eliminate cropper coins, ministers are questioning their usefulness in the UK and seeking to collect evidence on the matter.

The issue at the centre of such move is the growing costs of handling these coins, as well as £50 notes, which are less in demand.

Several countries around the world have already scrapped their low denomination coins, including Canada, Australia, Brazil and Sweden.

In the document, the Treasury refers to surveys claiming that almost three-quarters of UK 1p and 2p coins are only used once before ending up discarded or saved in a jar — or sometimes even thrown away.

The government and the Royal Mint have previously produced over 500 million coins as a replacement to those that were no longer in circulation.

Meanwhile, the value of the 1p coin has been gradually reduced by inflation, which made it worth less than the halfpenny before its abolishment in 1984. 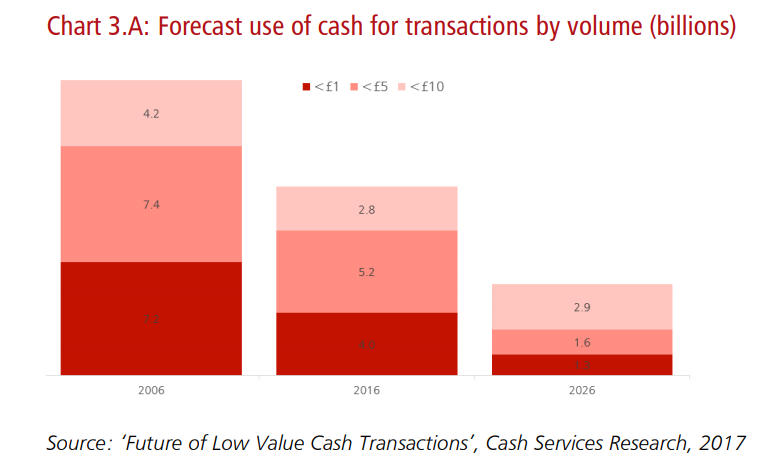 From an economic perspective, having large numbers of denominations that are not in demand, saved by the public, or in long-term storage at cash processors rather than used in circulation does not contribute to an efficient or cost-effective cash cycle.

The document also puts scrutiny the £50 note, which, despite being in significant demand overseas, is rarely used in the UK.

There is also a perception among some that £50 notes are used for money laundering, hidden economy activity, and tax evasion.

However, with research suggesting that 2.7 million people in the UK still heavily rely on cash and the Treasury admitting that it does not intend to go cash-free anytime soon, a final verdict on the future of copper coins is yet to be reached.

The government is committed to ensuring that the public’s cash needs continue to be met.