Twitter will reset the follower count on the official US President’s account @POTUS to zero before it is handed over to President-elect Joe Biden.

It marks a policy shift from 2017, when the outgoing Obama administration insisted that Twitter transferred the account’s followers to Trump’s team.

Twitter complied with this request, giving Trump Obama’s followers while archiving Obama-era tweets, effectively creating a duplicate of the account. 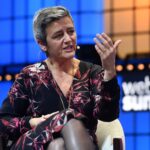 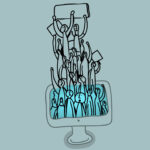 The @POTUS account currently has 33.2 million followers. Trump has mainly used it to amplify the tweets from his personal account, which he has tweeted from more than 50,000 times during his four years in office.

Twitter has not confirmed why it has changed its position this time round. The Biden team is understood to be challenging the decision.

“In 2016, the Trump administration absorbed all of President Obama’s Twitter followers on @POTUS and @WhiteHouse – at Team 44’s urging,” Rob Flaherty, the president-elect’s digital director, tweeted on Monday.

“In 2020, Twitter has informed us that as of right now the Biden administration will have to start from zero.”

In 2016, the Trump admin absorbed all of President Obama's Twitter followers on @POTUS and @WhiteHouse — at Team 44's urging.

In 2020, Twitter has informed us that as of right now the Biden administration will have to start from zero. https://t.co/wj1R02SmiK

Trump’s @POTUS account will be renamed @POTUS45 and frozen.

Facebook said it will allow followers to transfer over on presidential accounts on the social media site.

Trump has made Twitter a cornerstone of his presidency, using it to communicate directly with his 88 million followers.

Before and after the election Twitter has been attaching warnings to many of Trump’s baseless claims of election fraud. It is believed that Trump will face more stringent rules from Twitter after Biden is inaugurated on 20 January.