Real household disposable income in the UK is falling at the fastest rate for more than five years, according to data published by the Office for National Statistics (ONS) on Thursday.

In the opening three months of 2017, the amount that families spent — after tax and benefits are taken into account — dropped by two percent compared to 2016.

The ONS said that was the steepest decline since 2011. 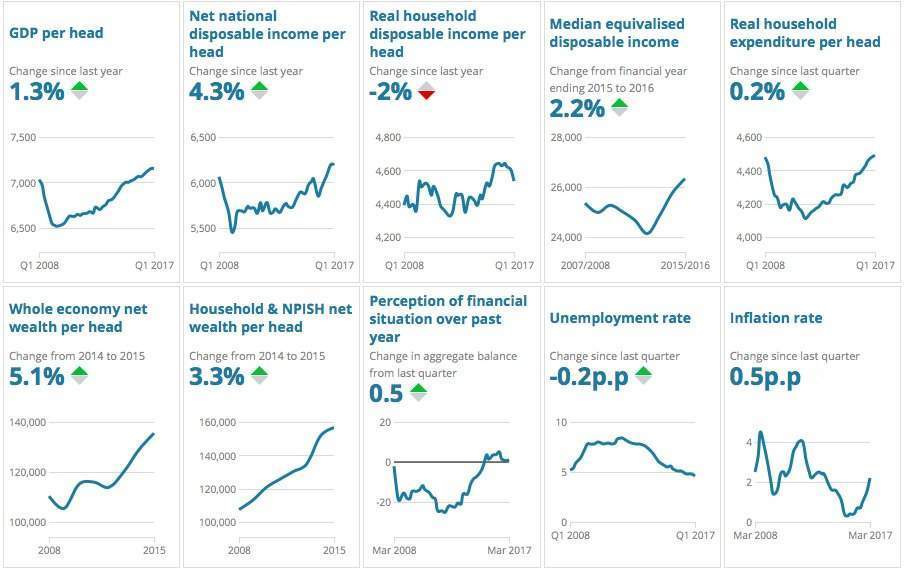 Slow wage growth, which rose by just 2.1 percent in the year to March and rising inflation, which hit 2.3 percent over the same period, are partly to blame.

The fall in the value of the pound in the aftermath of the Brexit vote made imports to the UK more expensive, pushing up inflation.

“While no one expects it to be as bad as the last one, the fact that the fall in household incomes at the start of 2017 was the biggest in over five years is a huge cause for concern,” said Dan Tomlinson, researcher at the Resolution Foundation, a think tank working to improve living standards across the UK.

“The government needs to rise to this economic challenge, alongside tackling the political ones associated with ongoing Brexit negotiations,” he added.

Net national income per head — the economy’s earnings divided by the number of adults — increased by 4.3 percent in the year to the end of March.