Towering trees and lush plants fill Amazon’s new rain forest-inspired work space, bringing in the outside world to boost productivity and well being.

Workers were welcomed to the new offices on 29 January. Dubbed the Spheres, they cover a 1,800 square foot area in the centre of Seattle.

The office plays host to over 40,000 plants, made up of 400 species from more than 30 countries, housed in three giant glass domes.

The buildings are the product of Amazon’s collaboration with architecture firm NBBJ, who based the design on the benefits of nature on the psyche, describing the Spheres as:

Designed to help Amazon employees feel and work their best.

Though the scale of the office’s rain forest theme is unprecedented, the development of unorthodox spaces to improve productivity and mood levels is not new.

Verdict has compiled a brief list of some of the weird and wonderful work spaces out there. 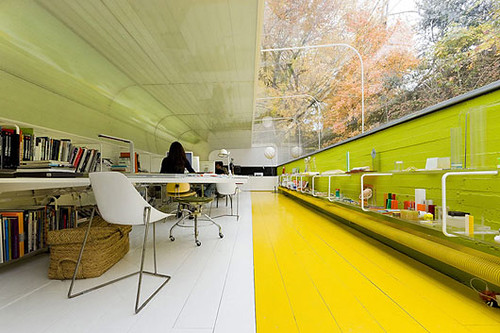 Spanish firm Selgas Cano based its office on the simple desire to work beneath the trees. Designed by its own lead architects Jose Selgas and Lucia Cano, it sits nestled in the woods near Madrid. 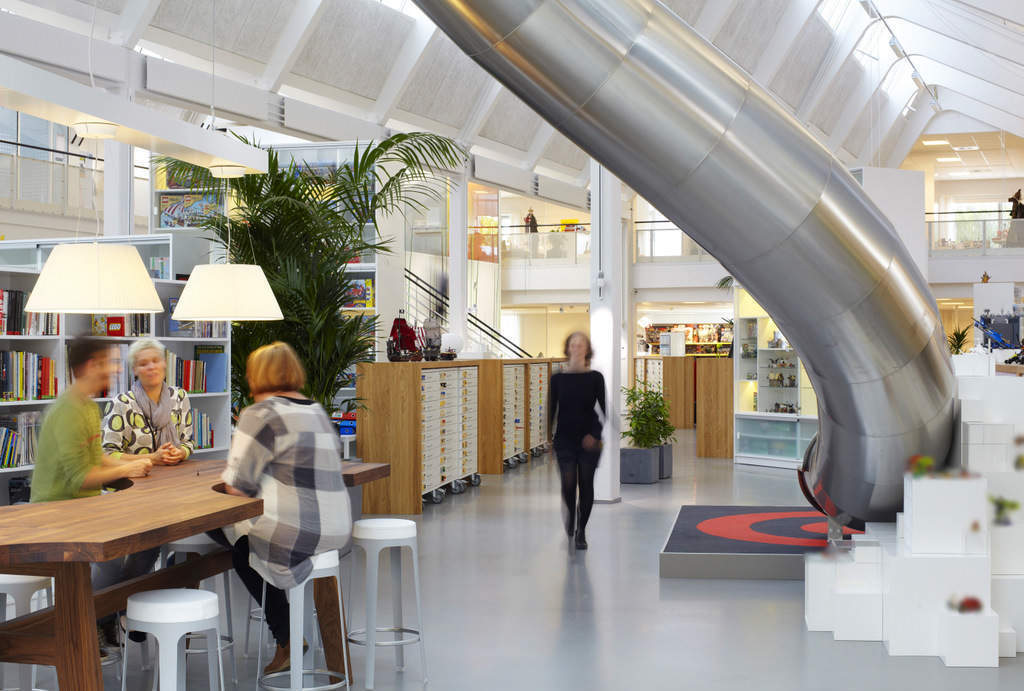 As a manufacturer of children’s toys, it’s unsurprising that Lego’s offices take a more playful approach to the work space.

It has an open floor plan with bright furniture and, best of all, a curved metal slide. 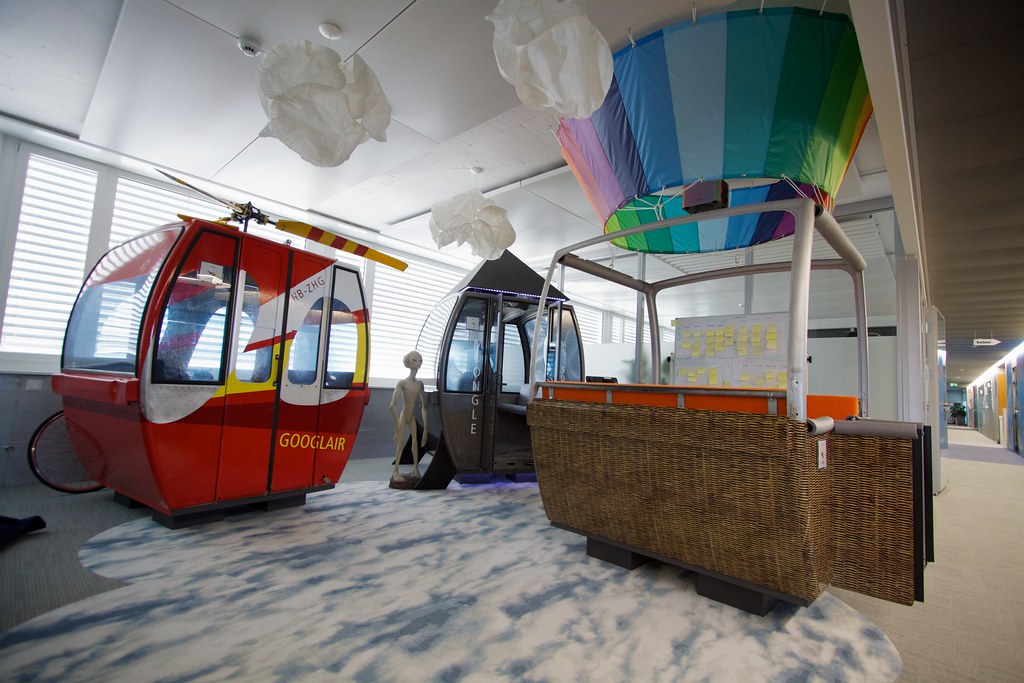 Complete with massage room, band rehearsal space, games room, wine cellar and napping areas, the office is filled with everything employees could ever desire.

Meetings take place in gondola lifts based on the Swiss mountain railways. Workers can choose between a fireman’s pole and a slide to get between floors. 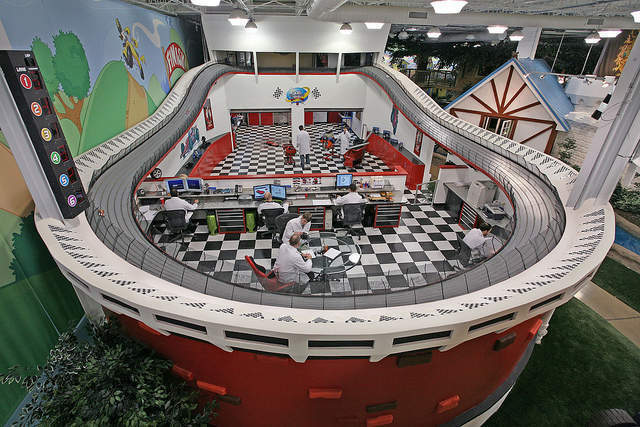 This so-called invention factory spans 61,000 square feet and is made up of 16 themed sets. From pirate ships to a tree house, it offers visitors truly immersive experiences in the pursuit of creative inspiration.

The so-called creationists wear lab coats as they work and are offered various stimuli throughout the day such as animation and sound. 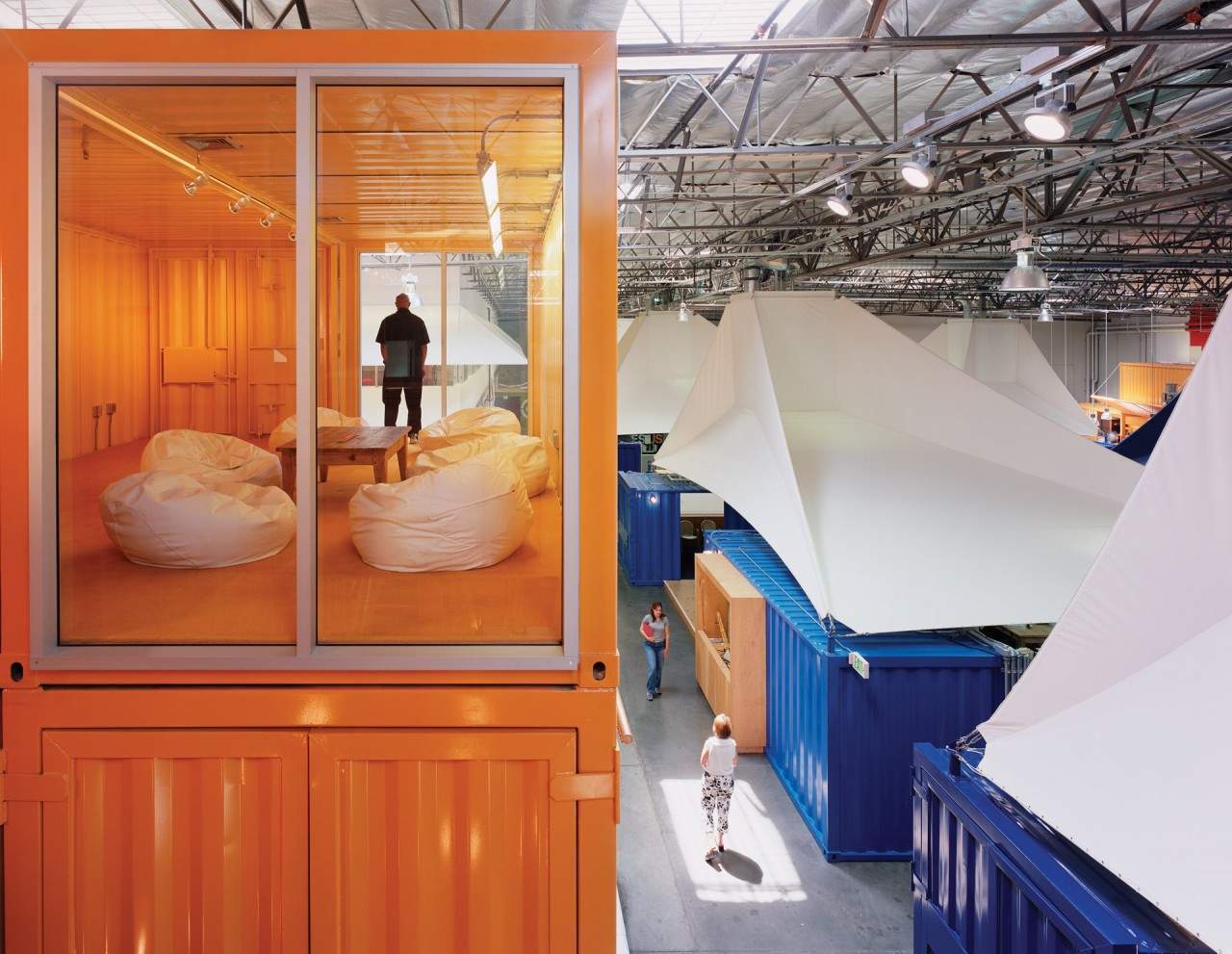 Pallotta Teamworks conveys its message of living sustainable through its office, located in Atwater village in LA.

Dubbed the Apostrophe, its work space consists of seven tented villages or “breathing islands” set inside a large warehouse.

The space has been described as:

Truly a California concept — recycling and sustainability at its utmost, using the containers both for conservation and as important design elements. 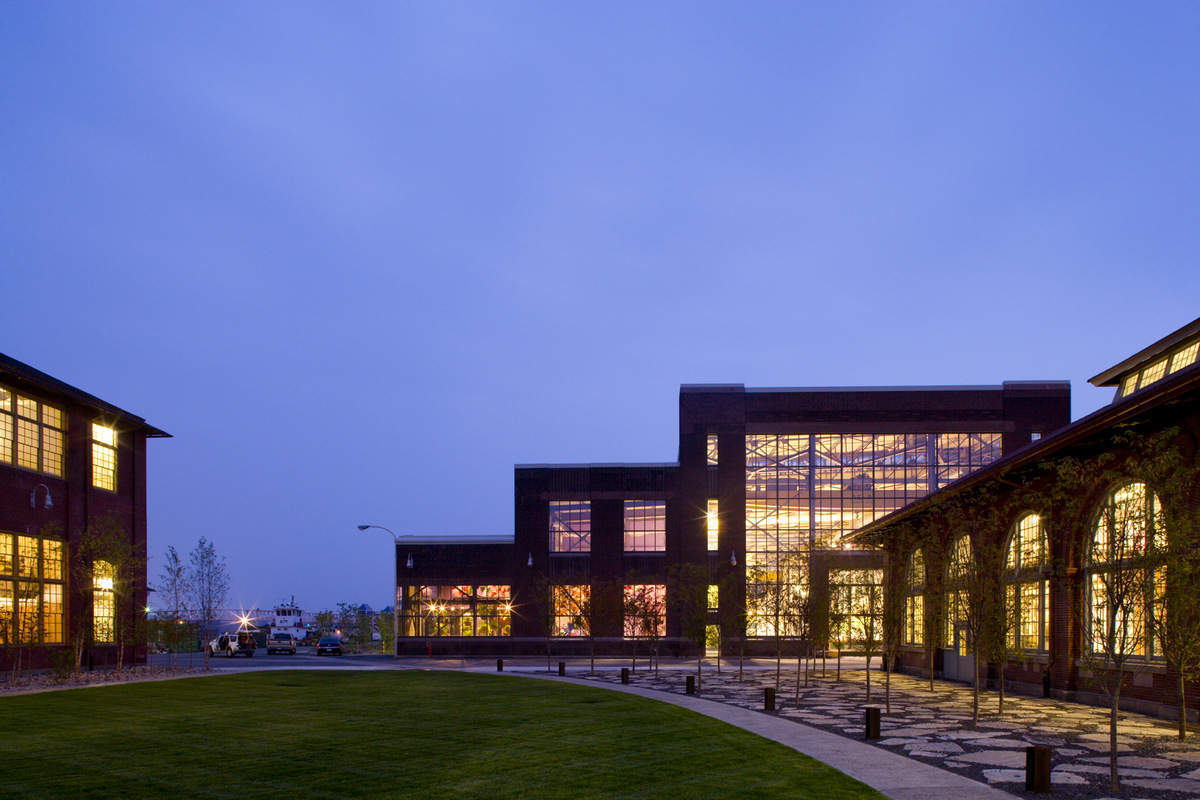 The clothing brand built its base in Philadelphia in a disused navy shipyard.

As well as work spaces there is also a cafe, coffee shop, library and fitness centre. 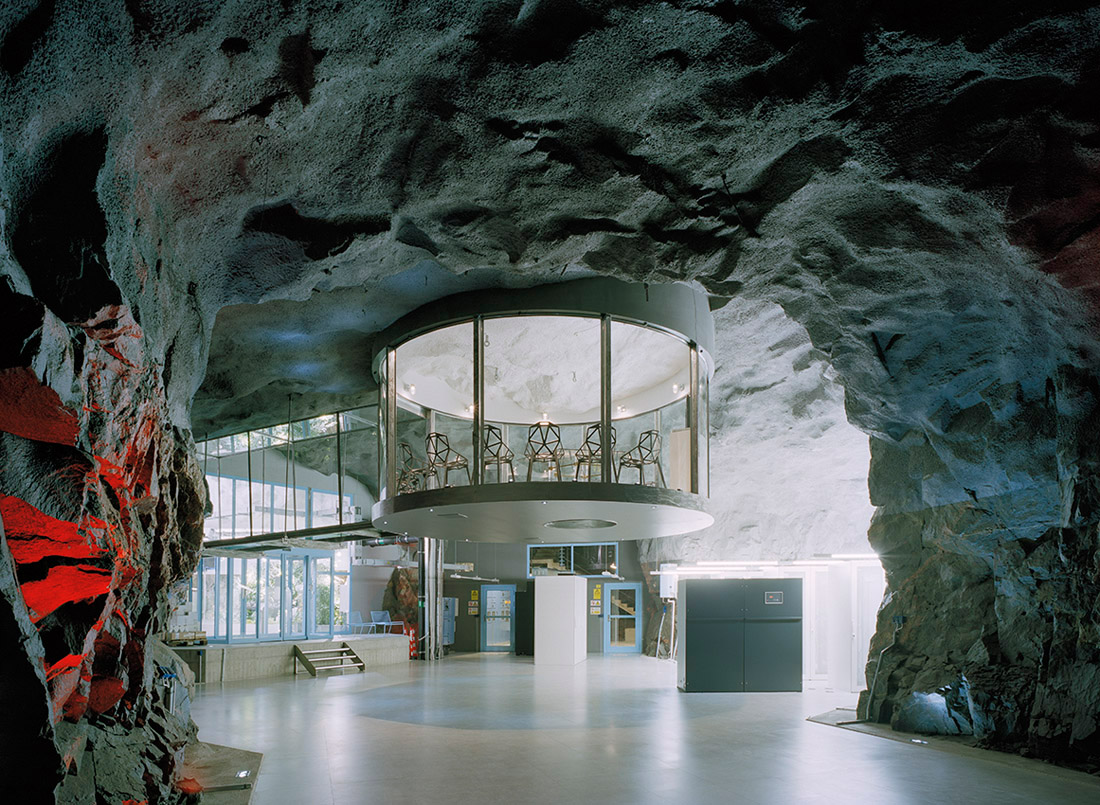 The Swedish ISP chose an underground space for its offices, re-purposing an old nuclear bunker 100 feet under Stockholm.

The inclusion of greenhouses, waterfalls and submarine engines make it look like a set from a film, though simulated daylight prevent it from looking like a horror film.