3D printing is forecast to disrupt international trade as we know it, according to a report by ING.

Still in its infancy, 3D printing has seen rapid growth in the last few years and is predicted to wipe out around 25 percent of all world trade by 2060 if it continues at its current rate.

If growth accelerates, ING predict that this number could lead to a 40 percent cut to world trade by as soon as 2040. 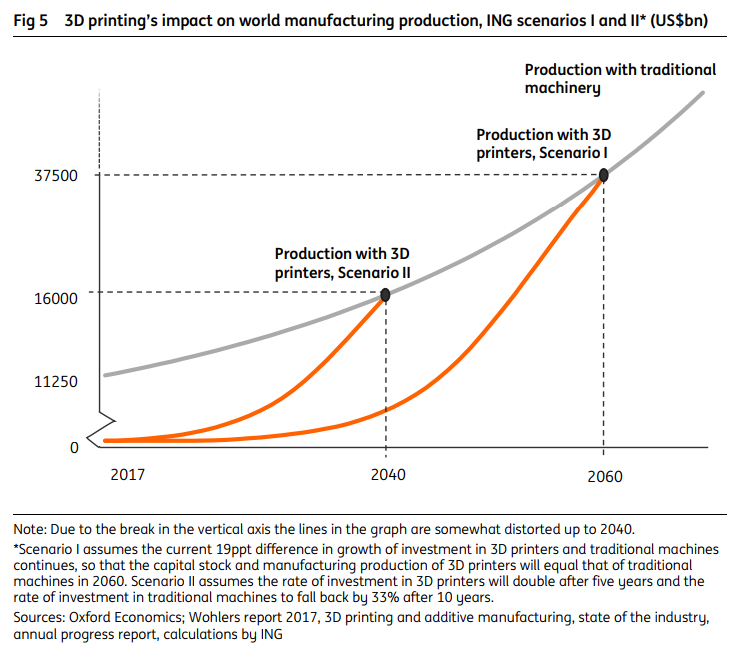 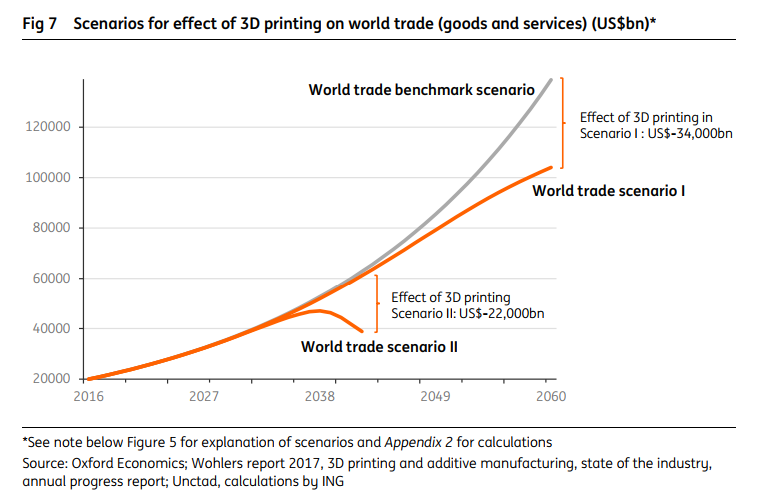 What is 3D printing?

3D printing is the process in which a three-dimensional, solid object is created from a digital file. The product is made from consecutive layers which are built up until the object is complete.

It requires virtually no intermediate products, unlike standard manufacturing. ING give the example of the creation of a computer mouse, where the components would be produced individually and then assembled. But in 3D printing, the mouse is printed as a whole object, layer by layer.

Presently, 3D printing is used on a small scale, mostly for low volume, custom-made products. It has been gaining momentum in recent years, with an annual growth rate for investment in 3D printing at 29 percent since 2012.

Compared with the growth rate of traditional machines, which averages at 9.7 percent, 3D printing will drastically alter some industries, due to its cost-effectiveness, greater production flexibility and lower delivery times.

It also requires less manual labour, as the creation of the final product has fewer stages, reducing labour needed for assembly, coordinating processes and transport.

Levels of wastage will plummet, whilst domestic production will soar.

Some cardiologists are trialling 3D printed models of heart valves to assist them in surgery. 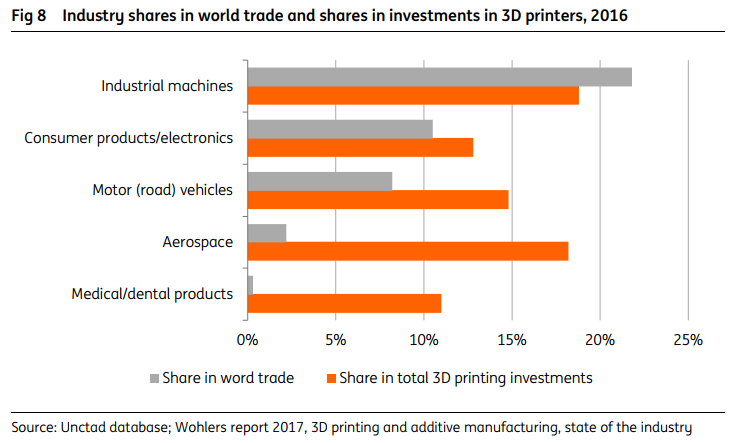 However, there is still much uncertainty surrounding the future impact of 3D printed goods and services on global manufacturing.

It is hard to estimate how fast this technology will grow. Producing with 3D printing technology will increasingly dominate markets of highly complex shaped industrial products and of products that have to be customised.

The initial cost of producing 3D printed goods is a high barrier to entry, according to Slowik, meaning non-complex products will still be made using traditional methods as it is far cheaper.

Lack of awareness about 3D printing, time to buy the printers, and hire the necessary staff will also hold back adoption.

Why will 3D printing push down international trade?

The cost of labour has traditionally been a critical factor for companies when deciding where to build factories.

Global supply chains hinge on labour being cheap in east Asia than in western Europe.

When things are made by 3D printing it requires less human input, significantly lowering the importance of where a factory is built.

Meanwhile, as 3D printing produces less waste, fewer raw materials will be required and those that are required will be increasing the ones needed for 3D printing.

Eventually, this may lead to production being brought back to developed countries, lessening cross-border trade and reducing imports. 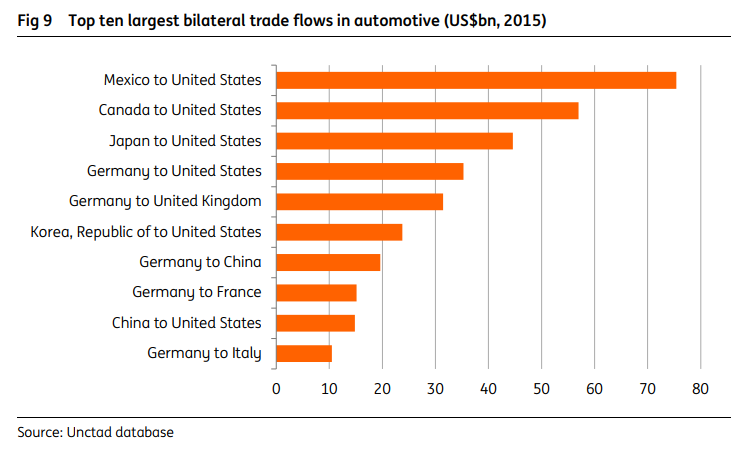