AT&T followed through on a commitment that it made at the end of 2019, declaring July 23 that its 5G coverage is now nationwide across the US. Technically that claim may be true. However, T-Mobile, the first company to declare nationwide US coverage, is likely to point to current coverage maps to poke holes in AT&T’s new claims.

The relatively small coverage area becomes even more apparent when reviewing the company’s 5G coverage map. While AT&T has understandably focused its coverage on the markets where the most people live, its coverage only reaches a fraction of the country by geography. 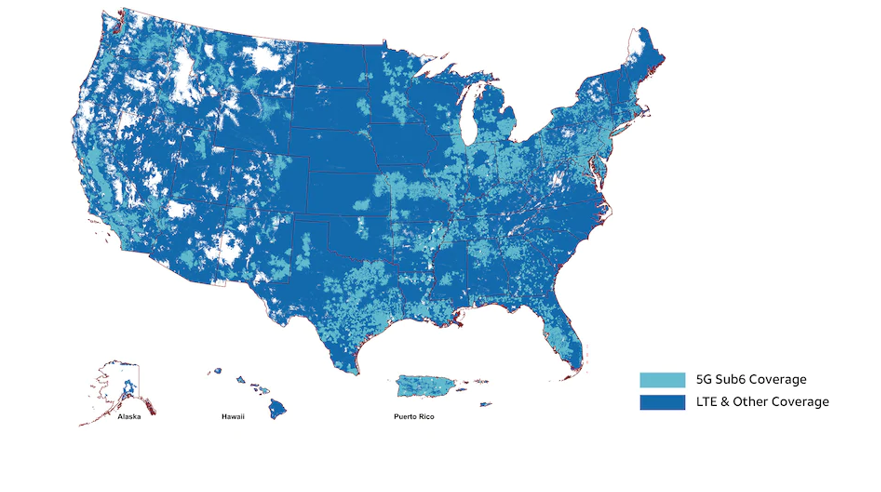 T-Mobile may take advantage of its expansive 5G coverage

That limited coverage has no doubt caught the attention of T-Mobile USA, one of AT&T’s chief rivals.

T-Mobile was first to market with 5G and now claims to have service to 225 million people across 6,000 cities and towns in all 50 states and Puerto Rico. Considering it has continued its buildout since that estimate was made, its 5G coverage area is now likely in excess of 230 million people.

T-Mobile USA’s estimated coverage – while still falling short of the entire US geography – does appear to be significantly more expansive than AT&T’s, according to its own 5G coverage map. 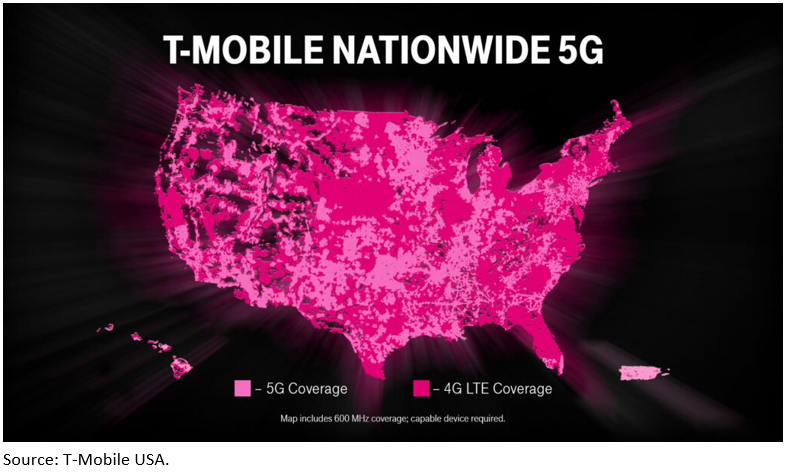 The most recent flurry of 5G network rollouts by AT&T is likely to improve this metric. However, based on the maps, T-Mobile still appears significantly ahead of AT&T (and well ahead of Verizon in terms of coverage).

Given the extremely competitive nature of the US market, it is a good bet that both of these maps will be showing up in T-Mobile USA’s advertising very soon.