The Sunnyvale, California-based company reached unicorn status in 2019, with a valuation of $2bn, and counts Walmart, Apple and BT among its clients.

In his role at ThoughtSpot, Prakash has overseen the development of the first fully managed SaaS offering that brings data insights to cloud storage. Prior to founding the company, he was a founding engineer in Microsoft’s Bing team, where he implemented the PageRank algorithms, and Google, where he led analytics engineering teams in its AdSense business.

In this Q&A, the 37th in our weekly series, Prakash discusses the importance of asking probing questions, following your intuition and sneaking into his brother’s room to solve maths problems as a child. 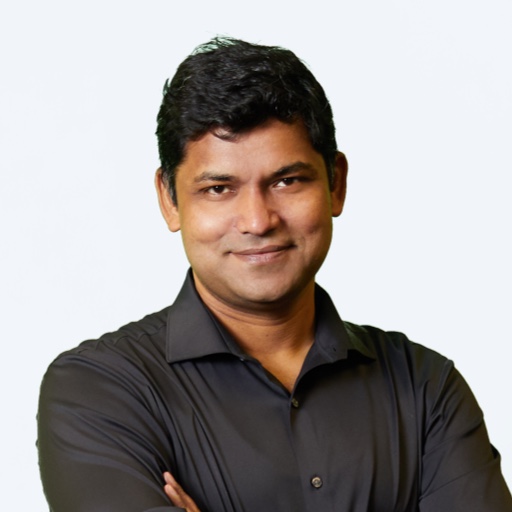 Amit Prakash: My father was a professor in an engineering college, and I grew up dreaming of being a professor and making some big breakthrough invention that makes a difference in the world.

While getting my PhD, I realised that the work going on in the computer science industry was a lot more meaningful than academic research, so I spent time at Microsoft and then at Google. Five years at Google made me want to have my own startup so I reconnected with Ajeet Singh – who I had actually gone to college with – and we hatched the idea of ThoughtSpot together.

As the technical founder, taking the role of CTO as we grew was natural.

With cloud, mobile, and IoT and nascent 5G, there are massive amounts of data being generated every single day. That data, when used effectively, has the power to transform our world.

With search and AI, enterprises have the ability to harness insights from this data at will for the first time, not just at the executive level, but anywhere and everywhere decisions are made. The enterprises who get it, will become much more efficient and successful in serving their customers in a hyper-personalised way. The enterprises who don’t get it will be wiped out within the next 5-10 years.

I think machine learning, and in particular deep learning, has made tremendous advances when it comes to problems related to perception, speech, natural language processing and more.

But the power of deep learning has not been properly harnessed for solving complex business problems. Once that is figured out, I suspect there will be a massive change throughout the business landscape.

Like most things, I think it is about asking probing questions and then making an informed opinion for yourself. Your informed opinion may be wrong at first, but your judgement will improve over time.

There are also relevant questions worth asking: who does it help? Is the technology mature enough? Why can’t the same results be achieved by some other method?

If you are convinced about something that is contrary to popular belief, it is almost always rewarding to pursue that intuition.

I grew up in a family of engineers and was really good at math and science from early on. My brother was five grades ahead of me, and one of my favourite things to do was sneak into his room and try to solve his math problems. So, I got initiated very early.

I’m really passionate about two things in my professional life. First, and foremost, I love helping others succeed. Second, I like solving hard technical problems. So, I spend a lot of time in one-to-ones and meetings where we are brainstorming technical solutions.

I also protect a couple of hours each day for family, and at least an hour for learning something new, whether by reading or watching a lecture. The best leaders are always students.

Rediscovering the world through the eyes of my 7-year-old daughter has been one of the most fun and rewarding experiences. We often read books together, make up stories or do science experiments. Recently I helped her build a desktop from components. It was a really fun project for both of us.

It is hard to pick one, but if I had to I’d pick Claude Shannon, the father of information theory. If you read his work, it is just unfathomable how his mind worked. If you give me a second one, I’d probably pick Elon Musk for his sheer boldness and commitment.

I think the space where technology can help the most is healthcare. If you look at the cost and quality of healthcare people get around the world, it leaves a lot to be desired – particularly when it comes to taking care of the elderly population.

I sincerely hope for the healthcare system to become unrecognisable in the next 25 years, compared to what we have today. For that to happen, a lot of advances are needed in AGI [artificial general intelligence], robotics and more.