Kurt Glazemakers is the CTO of Appgate, a cybersecurity company that focuses on secure access solutions

Founded in 2005, Appgate’s products and services include zero trust access for software-defined perimeter, risk-based authentication and threat visibility. In October the Miami, Florida-headquartered firm completed a merger with Newtown Lane Marketing so it could uplist onto the Nasdaq or New York Stock Exchange.

In the latest Q&A in our weekly CTO Talk series, the Appgate CTO explains why he thinks the days of firewalls might be numbered, why he uses a “bottom-up” leadership strategy, and why virtualisation is a “genuine innovation”.

Kurt Glazemakers: I started my career in cloud virtualisation and hosting at a small startup hosting company that was active in France and the Benelux. It was eventually sold to Terremark and its CEO at the time, Manny Medina and now-chairman at Appgate, started a private equity fund after Terremark was sold to Verizon. Many relationships were built during the Terremark time and in 2013 Medina asked me to do the due diligence for an investment in a small security company in Sweden. Medina Capital bought the entire company and I joined it to start working on a new security product, which is now our flagship product.

I can honestly say I have always been interested in tech. My father was an engineer and we were also one of the first homes to get a PC, so I have been around IT for as long as I can remember. I subsequently gained an interest in computer networking which then led me to explore the topic in more detail with a master’s degree in telecommunications and computer networks from Ghent University.

Which emerging technology holds the most promise once it matures?

It’s hard to predict, but the acceleration in virtualisation of networks with SDP and zero trust networking across the internet as a secure transport layer is radically changing the way enterprise network security will look.

We will also see maturity in how software is built, and the acceleration of continued integration and continued pipeline, which is starting to take off in organisations and will have an enormous impact on the IT landscape in the coming years.

The difference is a core change in technology versus change to the market of the business. Virtualisation is an example of genuine innovation; there has been a significant change in how the technology has matured from its conception and we’re seeing the same with AI.

Hype, however, is when people get excited by jumping on a trend that’s been created by the market, whilst in reality, the technology itself isn’t ready for deployment. For example, quantum computing, while a fantastic piece of technology still has a long way to go before being fully operational.

I learned to listen to customers and colleagues, and value their insights. As a result, I’ve tried to instil a bottom-up strategy within my teams. Because innovation today is so fast, my advice would be to let your team have the individual freedom to be as innovative as possible. Employees should be motivated to innovate and not be restricted. This is particularly important in the technology industry because those restricted find that they’re left behind while everyone else had moved on.

The most surprising thing about my job is having a clear vision of the product and what it should do, to then find out if the customer has implemented it differently. Our customers use our product to solve business issues that my team and I haven’t considered before. It’s exciting to see the power of your product and what they were able to solve, or in extreme business cases, what they were never able to solve before. Seeing innovation from your core customer is always a pleasant surprise. 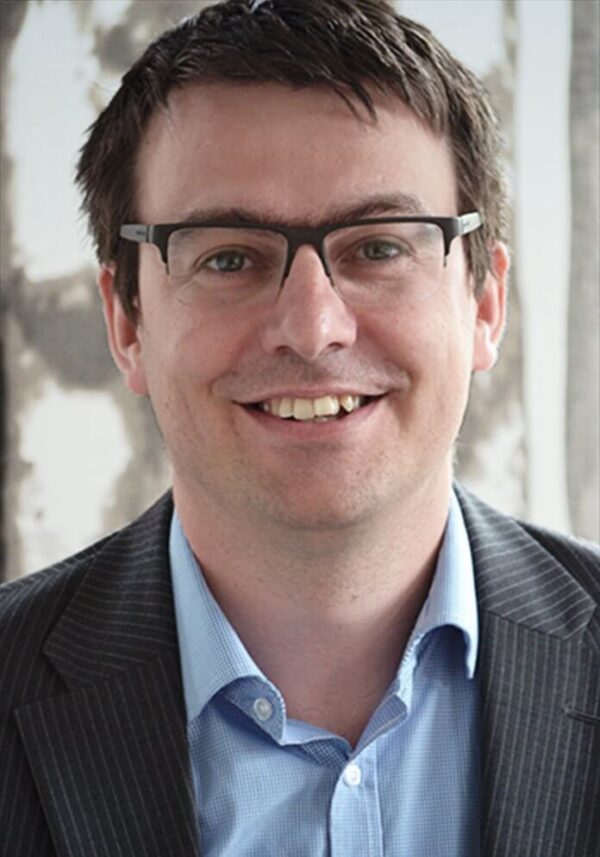 The transition to carbon-neutral, and the fact that we need to move faster than ever to make technology more sustainable. And what we do with AI is exciting but also worrying. In cybersecurity, we can solve lots of problems such as recognising who’s typing behind a computer. But then it gives us the problem of [threatening online] anonymity, which is a scary thought, especially in the hands of certain organisations and governments.

One of the most bizarre memories I have was going cave walking. It had very narrow passes that you had to crawl through, which I didn’t enjoy too much. However, at the end we came to this big opening with a lake – it was a spectacular sight and made those moments that were less fun all the more worth it. It’s one experience that I will always remember and certainly a unique group activity.

The industry has had spectacular growth. Therefore, we need to employ more experts, which creates a lot of pressure but also a lot of excitement. In cybersecurity, I think we will see a lot of enterprises leaving their corporate strategy and the ‘old way’ of doing enterprise security, such as firewalls with wireless management access, and replacing it with new and exciting solutions like ZTNA.

I always wanted to be an engineer, so I don’t think that would have ever changed. However, if I had to leave, I might see if my cybersecurity expertise and technical knowledge could be used to tackle another major challenge that’s facing the world, like the environment and climate change.