In the US just 25% of the technology sector was made up of women as of 2015. In the UK, the figure is 17%; a smaller percentage of women in tech than in the House Of Lords.

That makes the Association for Computing Machinery (ACM) something of a stand-out.

The association is a leader in the technology industry that brings together computing educators, researchers and professionals. It produces conferences, publications, research, data collection and education in almost all of the biggest areas of computing.

So what makes ACM a stand-out? Its senior leadership is full of women. Vicki Hanson, serves as the company CEO; Elizabeth Churchill is its vice-president and industry legend Cherri Pancake is the president.

Pancake spoke to Verdict about how she rose to the top in such a male-dominated industry and some of the important work ACM is doing in making computing technology fit for the digital age.

Aside from its research and education work, Pancake explains that ACM also works on shaping professional standards for the industry.

One of the key areas of focus is on ethics. In a world where technology is encroaching on the real world at an alarming pace, persuading the tech industry to work ethically has never been more important, explains Pancake.

With scandals like Cambridge Analytica and Amazon’s facial recognition tech being frontpage news, ACM has revamped its code of ethics, which was last updated in 1992. She tells Verdict:

“The idea of the code is to put the onus on each professional to assume responsibility for the potentially harmful effect when they apply that technology. I’d kind of like to think it reflects the aspirations of the computing community that technology can be used to the benefit of society.”

How technology fits into our lives

So, what has changed? Well, first of all the code is now ready to address our social responsibilities in the light of new technologies. This includes things like the rapid advance of artificial intelligence, machine learning, and data collection. Pancake explains:

“It’s about this whole notion of addressing our social responsibilities in the light of technologies. We have a section in it that deals with the fact that we have a new standard of care for systems that are going to become integrated to the infrastructure of society. That hadn’t become critical when we released the last version of the code but it certainly is now.”

However, in addition to acknowledging the social responsibilities of technology developers, the new code of ethics attempts to help developers identify and mitigate potentially harmful effects of technology as they’re making new products.

“As an example, in data-mining algorithms, we know there are biases that are occurring, for example, assuming that people who live in certain locations or assuming people have certain ethnic or economic backgrounds are more likely to commit crimes or worse risks for loans. You see newspapers and online articles about this all the time. Essentially, in terms of being preventive it’s providing the best practices and guidelines for how the technical community can maintain the public trust.” 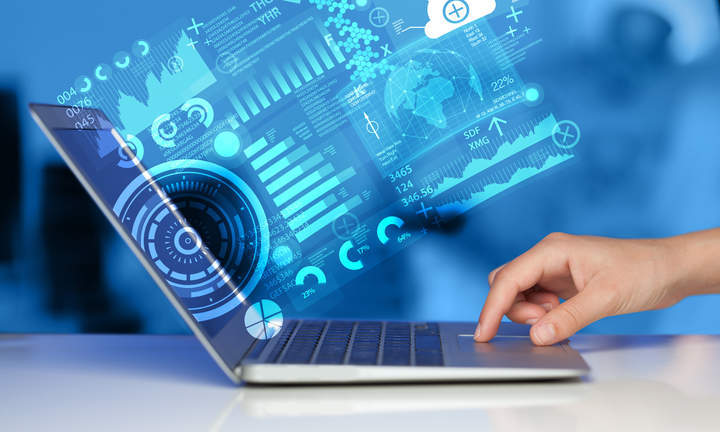 Making technology that works for all

But there are a few other additions to the code that make it more 2018-ready:

“One one of those is discrimination. It now calls on professionals specifically to avoid creating systems for technology with bias that disenfranchises or oppresses people. This gets at those concepts of data accuracy and data fairness.

“One example that I’ve been reading a lot about over the last couple of weeks is online ratings systems for people who provide services. Yes, there’s ride hailing but also things like Rate My Teacher or childcare providers. It’s very powerful that customers can provide reviews which may be of use to other potential customers. But this practice can also be quite unfair. If software doesn’t consider ahead of time what the implications and potential effects are. There may be no recourse for the caregiver or the teacher or the driver to respond or deal with it if the information ends up being skewed or malicious in some way. We really need for computing professionals to think about the far-reaching implications as they’re developing their software.”

Of course, a new code of ethics is all well and good. Still, it’s ultimately pointless if ACM can’t convince developers and institutions to sign up to it.

Pancake explains that ACM requires members to accept the code of ethics as part of their practices. However, she explains, there are other ways of getting the code out there:

“Maybe history will help us a little. The previous version [of the code of ethics] has been used to instruct students who are entering the profession. That’s a good way to catch them right as they’re coming in.

“It’s been used as a decision-support tool for practitioners as the standard for the public to judge the professionalism of practitioners. But it’s also been used to address legal and ethical issues as an aid for that. So we’re hoping to be able to make it permeate things that way because it can’t just be an ACM thing.”

Still, Pancake acknowledges it will be an uphill struggle. “The thing is, there is big money in the world of technology. It is often in companies’ financial interests to get around regulation,” she admits. “The difficulty is that it’s not in society’s interests. So how do we make these align?”

That’s the million dollar question which has plagued thinkers since the beginning of capitalism. How do you get business to put something ahead of money-making? For Pancake, it’s everyone’s responsibility to keep these companies ethical:

“I think the main thing we can do as a global society is really start holding these companies accountable for what they’ve done wrong.

“I read a statistic that the fine that was imposed in the EU on Facebook, that it was the largest that it was allowed by law. But that it only represented ten minutes of Facebook’s income. To that extent we really need to be working on regulations and policies that actually make the fines fit the problem and that will actually be a deterrent to these companies rather than something they just smile at and say ‘oh yeah, we’ll take that, no problem’.

“It’s a general problem that all of us have to deal with whether we’re consumers holding companies accountable, whether we’re policy and regulation decision-makers making sure that those things have some meat, whether we’re the companies themselves doing it.”

Obviously the recent major blow struck against businesses on behalf of consumers was the GDPR regulation that was just instituted in Europe.

Pancake notes that this has been an important step in the right direction towards protecting consumers’ rights. However, it’s important to police the regulation properly.

“I will say that the privacy clauses that are in our code of ethics are in alignment with GDPR. But as you know, it all ends up being a matter of how it’s actually applied. There have been some analyses coming out in the last week or so saying all the ways that companies are already circumventing GDPR,” she said.

As for how long it will take for the USA, to adopt similar protections, Pancake couldn’t say:

“I know that ACM as well as a lot of other groups are providing input to law-makers about the need to come to grips with the data privacy issues. Those things can take a long time because Washington is very political. There are certainly big interests and big money who benefit by not having those clauses.

“I think it’s inevitable that we eventually have them, the question is, how long is it going to take?”

Being a leading woman in tech

Pancake is proud of ACM’s openness towards women. That was one of the reasons she chose to get involved. She proudly states that herself, and the other female leaders, Vicki Hanson and Elizabeth Churchill, each ran head-to-head with men of equivalent experience to win their positions.

However, Pancake says that diversity is about more than just gender, or even race, or sexuality:

“We have a very broad notion of what diversity means in general. It isn’t just our gender, where we’re from, who our parents were, it comes from the sum of all of our life experiences. I’ll give you a personal example. My first career was actually anthropology and I didn’t get into computing until my mid-30s. I went back to school, I got a PhD in computer engineering. I have to say, I’m very different from most computer engineers, in terms of background, forget the gender part.

“My biggest in-roads in research, my biggest accomplishments, have all been because I was able to bring approaches and methods from anthropology to the problems of software engineering and large data systems. Diversity of opinions and backgrounds and ideas enriches computing. It gives us new approaches to problem solving. As a profession we need to be pursuing it actively.”

There’s definitely a lot left to do. Still, Pancake’s success proves that the industry has the capacity to change.