Illegal amber mining is flourishing in Russia and Ukraine, but as local gangs take advantage of the bountiful stone, the environment is quickly being destroyed.

Amber — also known as Baltic gold — is a fossilised resin prized for its beauty and often used in jewellery and decoration. The gemstone is plentiful Russia, Ukraine, Poland and Lithuania, where it differs from its South American counterpart due to having a rich honey colour.

It’s in these Baltic states that you can see some of the most amazing uses of amber, including the Amber Chamber in the palace in Chalottenburg, which was recreated after Nazis looted the original building in World War II. 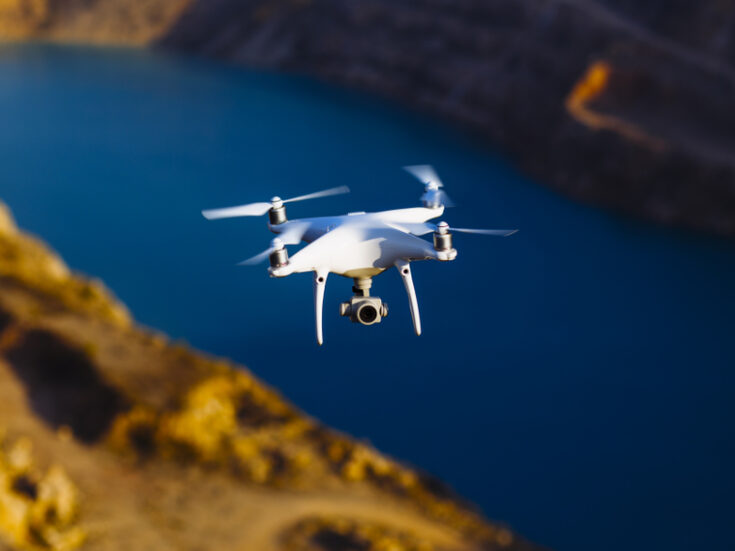 From Europe to Asia, mining drones are taking over more than just mapping 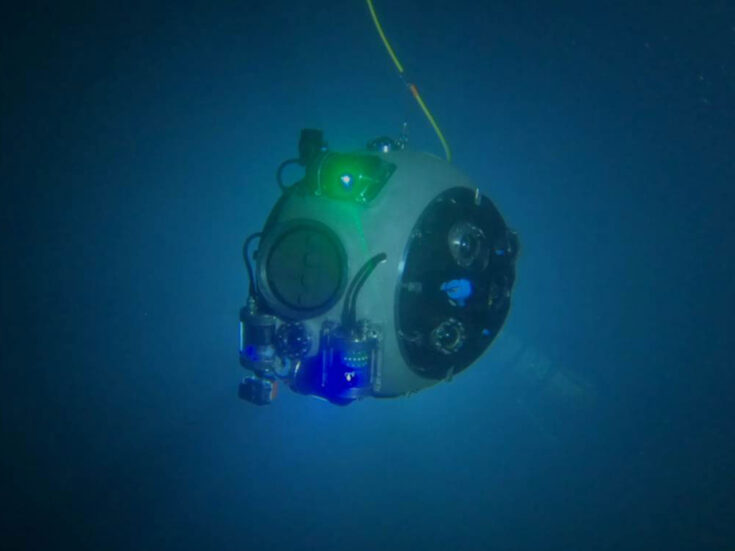 Underwater robot to seek out viable mine sites

Amber is highly valued, although the price depends greatly on its size, shape and colour.

Solar stone is the name given to pure amber, one of the most valuable varieties, but pieces encasing fossilised creatures can fetch as much as six figures.

But while legal mining is popular, unprecedented levels of unchecked illegal amber mining have thrust the gemstone into the spotlight.

Amber is illegally mined by gangs in Ukraine and Russia.

These gangs use water pumps, predominantly made from old car and van parts, constructed specifically for amber mining, to take advantage of amber’s low density.

In popular regions, hundreds of gangs may mine in the same area; thousands of men pumping the soil full of water in the hope that amber will float to the top.

Then, clad in swamp boots and old clothes, they wade in with nets to sort through the floating debris and fish out the semi-precious stones.

Illegal amber mining is causing untold environmental damage, leaving lands as barren as moonscape. Vast areas of forest have been stripped for the purpose, but it’s the mining technique itself that completely decimates the soil, making it incapable of sustaining plant life.

While legal amber operations are contractually obliged to reforest the land, as happens in Poland, illegal mines are bound by no such regulations.

Depleted land is simply abandoned and left incapable of serving alternative uses, such as farming. In the past three years, it’s estimated that over 2,000ha of Ukrainian land has been destroyed by illegal mining.

The areas that yield the most amber, and therefore attract the largest numbers of gangs, are in north-western Ukraine and western Russia.

There is also Kaliningrad, a Russian territory located between Lithuania and Poland, which produces 90% of Baltic ‘solar stone’, and supports some of the biggest and oldest gangs.

“Illegal amber mining has been around since modern Russia’s existence after the 1991 Soviet collapse,” opposition lawmaker in Kaliningrad’s regional parliament and publisher of corruption-focused newspapers, Igor Rudnikov, told NBC News.

“Most of the mining is illegal, up to 350t to 400t a year, ten times more than the official figure,” Rudnikov added.

Mass illegal mining: What are the effects?

As with the gold rush in the US, the haste to profit from Baltic amber has led to gang conflicts and warfare.

On 15 January, two gangs clashed in a coffee shop in Olevsk, resulting in a fight that left one man dead and another seriously wounded.

The previous January, a miner was beaten to death in a fight over money.

These are just two examples of the violence that has become commonplace, as mafias run mines and gangs fight for lucrative pits. There have been cases of miners bringing grenades, guns and knives to sites, while fist fights are a daily occurrence.

Violent clashes between miners and police have also become regular, with one clash last March in Rivne Oblast resulting in ten officers being hospitalised, and no arrests.

Not only is there the ever-present danger of gang rivalry, but the mining process itself has proved fatal for many workers.

Due to the unregulated nature of the mining, there are little if any safety precautions taken. The pits dug are often unstable and liable to collapse, crushing or drowning miners.

Illegal amber mining may also be harming the Ukrainian and Russian economies, with miners paying no taxes and standing accused of contributing little to their communities.

Some figures suggest that the Ukrainian state is missing out on almost a million euros a day because of illegal mining, as high Chinese demand for amber has resulted in prices increasing by 800 percent to 1,000 percent in the last five years.

What are the governments doing?

Both the Russian and Ukrainian governments claim to be tackling the problem.

The Ukrainian head of National Police, Khatia Dekanoidze announced the creation of a special emergency unit to tackle illegal mining operations and the civil unrest they cause.

The emergency unit consists of over 150 staff members from the Prosecutor General’s Office, the State Security Service (SBU) and the National Police.

However, there are widespread reports of corruption, both in the police forces and the government. Some miners claim that police officers are happy to turn a blind-eye, which may cost as much as 30 percent of your profit.

And if you fail to pay, the police will raid your home and arrest you for illegal mining. This ensures that people become part of the protection racket run by the police.

The penalty for being caught mining amber illegally in Russia is just $77 and the confiscation of shovels and tools. With such a small price to pay, many miners are willing to simply pay their fine and repurchase equipment whenever they are caught. This allows mining to continue with little interruption.

“This is a really major environmental issue,” Ukraine Minister of Ecology and Natural Resources Ostap Semerak said in an interview in 2016. “Politicians now have to choose between money today and the protection of the environment, and politicians often make environmentally immature decisions.”

One problem is the low wages, in particular throughout Ukraine. A policeman can expect to make $150 a month, the same as the minimum price you can expect to receive for a kilo of amber. As such, the lure of accepting bribes, or, as some policemen have done, quitting your job and joining the miners, is understandable.

It is evident that mining causes vast amounts of environmental damage as well as fuelling violence, and the government needs to do more if it hopes to quash it.

“Amber is really a very serious, complex problem, not only in the context of ecology,” Semerak said. “There are at least four components: environmental, criminal, social and economic.”

This article originally appeared on mining-technology.com. You can read the original here.