Pete Hirsch is the CTO of BlackLine, an American enterprise software company that creates applications to automate accounting tasks.

In this Q&A, the 14th in our weekly series, Hirsch discusses his shift from electrical engineering to software, working backwards from a problem to avoid hype and letting off steam on the racetrack.

Tell us a bit about yourself – how did you end up in your current role?

Well, it began with getting my bachelor’s and master’s degrees in electrical engineering, which landed me my first job at a US aerospace and defence company where I worked with advanced satellite communication systems. While I really enjoyed the work, I fell in love with software, which I built for running Monte Carlo and analytic simulations.

RI Advice: A game-changing case on cybersecurity and risk management

Climate change: Why we cannot rely on technology to reverse it

That inspired me to start my first startup in numerical analytics and visualization, 3-D Visions, and from there I lead several other successful startups – ending up at IBM through an acquisition. After my stint as CTO at Ariba, I went on to head-up technology at Ellie Mae, and now I’m CTO at BlackLine, where I lead the company’s product and technology functions.

Cloud technology, especially the public cloud, is offering huge benefits to the software industry. It’s offering us an unprecedented degree of adaptability which is allowing platforms to scale on demand. This is making emerging technologies such as artificial intelligence (AI) a lot more accessible and mainstream, enabling a wider scope of users to access and build systems using AI; not only quants with PhDs but engineers and business analysts too.

I’m excited about the promise of further investments in machine learning (ML) across industries. In accounting and finance specifically, we expect to witness ML’s functionality to grow in a number of automated processes. At BlackLine, we use ML in our continuous accounting platform to detect patterns in how our customers correlate their transaction data between multiple sources, helping to support greater levels of automation in their processes. As ML advances, future implementations will be far more similar to human cognitive behaviour than many people realise. 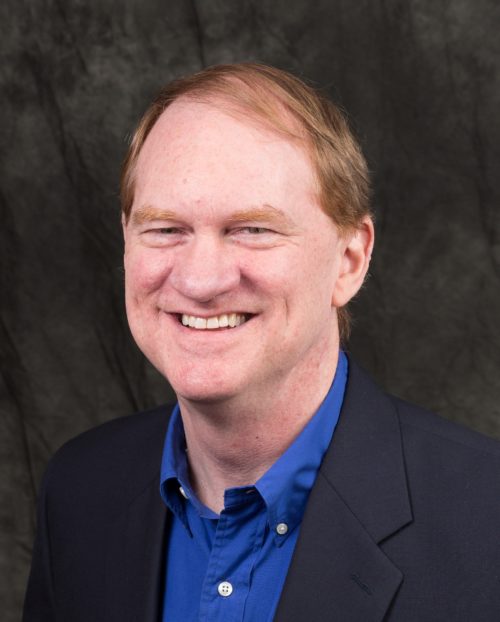 Pete Hirsch is CTO of BlackLine.

I ask myself ‘How will the adoption of a new trend or technology effect the service or product that we’re offering customers’. I see so many companies being attracted to shiny objects, but really all it’s doing is distracting a lot of great innovators. Everything we do at BlackLine ultimately needs to drive the business forward, so I work backward from the desired outcome. Initiatives and investments all flow from the business goals you want to achieve.

To understand the ‘why’. Having the right business context and crisply understanding and communicating the goals around what it is you’re setting out to achieve is critical. Get that right upfront.

If you don’t have clarity around the why, the chances of success are significantly lower. Really sweat the outcome and definition of success. That will provide the foundation for decisions and tradeoffs that are inevitable downstream.

I’ve always enjoyed building things, especially things that blend art and science. Software is at that intersection, and the speed and creativity with which you can build is limited only by your imagination and talent.

I started off early in my career in electronics as an electrical engineer, and it was fascinating, but you were limited in how quickly you could build and innovate, due to costs and physical constraints. That’s not true in software. You’re building on pure logic and an understanding of how technology and humans interact.

I start every day early, with a cup of coffee and the Wall Street Journal. I’m a morning owl, so I get up early at 6am, and I enjoy this opportunity to get energised for the day. This is my time. By 7:30, I’m revved and ready to go.

From there, my day is often filled by meetings – some fun that involves brainstorming and imagination; some that are more focused on strategy and planning; some with customers, which I enjoy greatly; and some on problem-solving and administration.

My think time is generally on the weekends. I can dive deep without interruption. That’s when I can get creative and really hit the gas on ideas and strategy. That’s when I really get the chance to personally “build”.

I have a passion for racing cars and road rallies. I’m a big fan of supercars and going really fast on the racetrack. Although if I really need to switch off, I love to wind-down reading a good book.

Mike Stonebraker, a true pioneer in the database world. He was my mentor at Informix, to which he had just sold his third or fourth database company, Illustra, and had taken over as CTO for Informix. I’ve never met such a brilliant person before, who could simplify any problem to such a basic level as to make solutions to the most complex problem seem obvious.

There is no doubt that revolutionary technologies such as AI and ML need to have checks and balances – to ensure that AI use is transparent, accountable and responsible. However, establishing common unified regulation has posed a lot of challenges, stunting progress in the field. What is clear is that AI regulation is not as easy as creating a one size fits all approach to a complex and nuanced technology. The solution requires input from a wide range of industries, officials and influencers for it to work. And of course, co-operation from tech companies will be vital in driving through any regulation.