Recently, China has launched an aggressive plan to crackdown on digital currencies causing the cryptocurrency market to plummet. The price of bitcoin currently trades at around $30,000, losing more than half of its value compared to its all-time high notation in mid-April.

Despite market volatility and the recent crash, institutional interest is hotter than ever. In the last month, companies like BlackRock, JPMorgan Chase, Amazon, and Apple have ramped up their efforts to find talent with experience in blockchain and cryptocurrencies.

Many large companies are stepping up their efforts within blockchain as enterprise projects mature and cryptocurrencies gains wider institutional acceptance. GlobalData’s job analytics database reveals that the number of active blockchain and cryptocurrency-related job postings have tripled since June last year and almost doubled since the turn of the year. 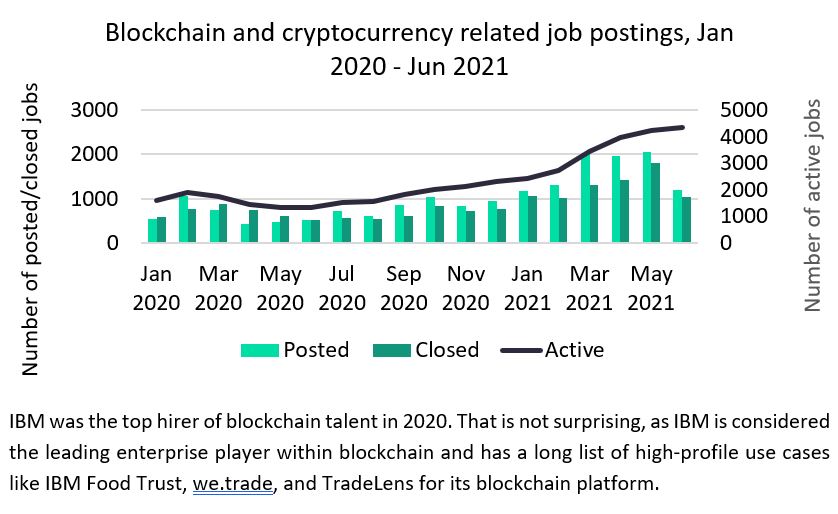 Blockchain capabilities are increasingly integrated into core technologies to further adoption, resulting in enterprise giants like Oracle, SAP, and Amazon ramping up hiring. In addition, as enterprise projects transition from pilot to production, companies are taking on more nodes, have more systems to integrate with, and require more role-based access, which requires more talent. This, combined with the complexity of blockchain and the possibility of using the technology as a catalyst to engage with clients around larger transformation projects, explains the extensive hiring by professional services companies like Accenture and EY.

The director-level hire, posted in the end of June, will: “lead execution of the blockchain/distributed ledger technology strategy and roadmap for BlackRock’s Aladdin platform” (its system for measuring risk and making trades), “evaluate different blockchain protocols/platforms to explore solution alternatives”, and “lead the build-out of the firm’s competencies in emerging future state blockchain-based architectures, including tokenization”.

This language suggests that BlackRock, the world’s largest asset manager, wants to improve the company’s understanding of blockchain and tokenization (converting traditional assets like real estate or gold into a digital representation that is tradable) as part of an effort to develop a blockchain strategy for its portfolio management system. Both public blockchains like bitcoin and Ethereum and private chains like Hyperledger appear to be on the table according to the job ad.

According to a job post in early June, Amazon was searching for talent with: “a track record delivering outstanding products at scale in emerging spaces, and is passionate about blockchain, distributed systems, and cloud scale software.” The ad also stated that “ideally you will have experience delivering products or innovations in the blockchain space, and in particular DeFi or Traditional Financial Services.”

Earlier job posting has caused speculation that Amazon is looking for talent to build a digital currency project to be test-driven in Mexico before being rolled-out in emerging markets. In addition, Amazon recently announced that its blockchain service, Amazon Managed Blockchain, now supports Ethereum, a decentralized, open source blockchain platform that is at the foundation of most DeFi applications. It appears clear that DeFi has caught Amazon’s attention and it will be interesting to see what type of innovation in the area that the new product head will come up with. 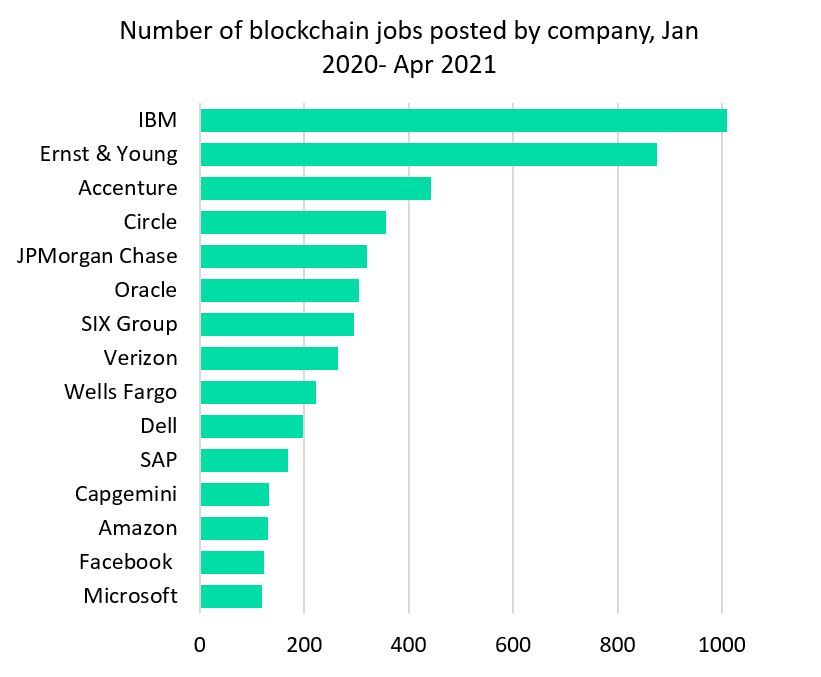 Blockchain and cryptocurrency talent will remain in high demand

The hype surrounding the technologies is unlikely to go away anytime soon and as exposure remain high, companies ranging from BlackRock to Amazon will continue to explore how the transformative technologies can be best capitalized, both for themselves and for their clients.