The Covid-19 coronavirus crisis has forced thousands of conferences to go virtual, but BlockDown 2020, a major cryptocurrency conference, has gone a step further by using virtual reality (VR) to simulate the real-world experience.

The conference, which will be held on 16 – 17 April, has recreated the conference hall, complete with booths, stands and a stage for keynote speakers, as a digital environment. Attendees are able to design their own avatar, and use it to explore the virtual conference via VR or through their computer.

The speakers, which include high-profile names within the cryptocurrency space, will also give their talks via avatars, with Binance CEO Changpeng Zhao, ShapeShift CEO Erik Voorhees and NEO founder Da Hongfei among those taking part. Grammy-nominated singer Akon will also be attending to launch his own cryptocurrency project, dubbed Akoin. 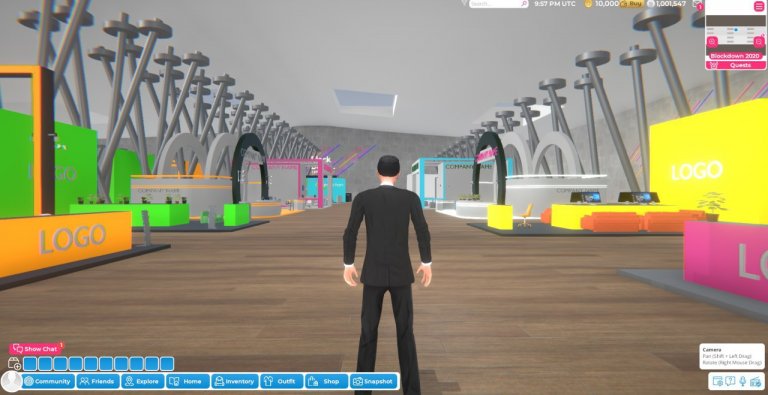 The BlockDown 2020 virtual environment, in which event attendees can create their own VR avatars.

With attendees encouraged to experience the entire event within the virtual environment, the organisers of BlockDown 2020 hope to more accurately simulate the real-life conference experience than other virtual conferences, while respecting social distancing.

“Think of it like a crypto version of ‘The Sims’,” said Erhan Korhaliller, BlockDown organiser and founder of crypto PR agency EAK Digital.

“We want the networking to be as natural as it would be at a real life conference, where you met your best friend at the water cooler, at the afterparty or in the networking/lounge area.

“Imagine your usual crypto conference, with booths, stands, branded t-shirts, stages and networking areas. This will be exactly the same but will allow attendees to control and direct their avatars to whatever content, speakers and booths they’re interested in.”

Whether the VR conference environment proves to be a hit remains to be seen, but Korhaililler believes it could prove to be highly influential to future virtual conferences.

“We think we have struck upon a truly unique model that will change the conference circuit for years to come,” he said.

“I encourage interested participants to join us for the very first BlockDown and to experience the future of conferencing.”