0 Reddit Email article LinkedIn 0 0
GlobalData Consumer
GlobalData is the market leader in providing actionable insight into the consumer goods industry. With market analysts in 18 countries around the world, along with a team of researchers and consultants, we can provide you with the reliable, in-depth industry information you need. For more in-depth analysis and insight view our reports at www.globaldata.com/store

With 14,038 outlets in the US, McDonald’s domestic market is by a long way it’s biggest, followed by Japan and China. 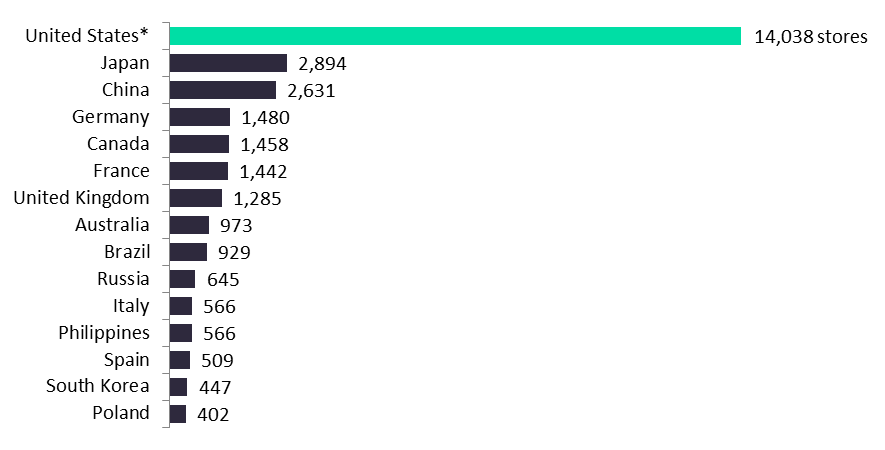 However, McDonald’s has only opened a net 24 additional stores in the US since 2010, with most of its growth coming from elsewhere in the world.

Countries such as China, Russia, and the Philippines have seen the most new McDonald’s openings over the past seven years. 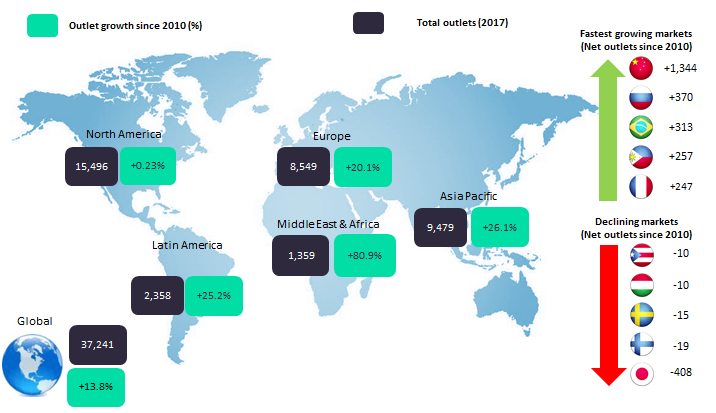 Ignoring the Virgin Islands, outlet density is strongest within mature markets, led by the US, Canada, and Australia. 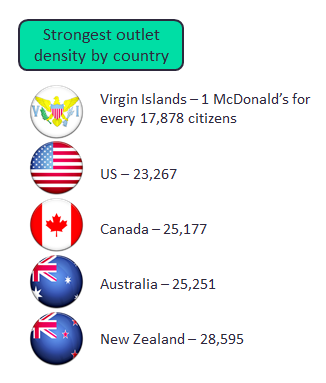 India, on the other hand, stands out as one of the most under-saturated markets for McDonald’s, with just one outlet for every 4,862,550 people in 2017.

Despite McDonald’s growth over the past year, the brand remains far behind rival Subway in terms of the absolute number of outlets.

Subway currently operates 43,725 outlets across the globe and competes in a number of markets that McDonald’s hasn’t entered, such as Iceland, Jamaica, and Zambia.