Donald Trump has showed more evidence if his endless capacity to surprise by revealing plans for a face to face meeting with North Korea’s leader Kim Jong Un.

It would be a first meeting between leaders of the two countries and marks a major breakthrough following serious tensions between the two states.

Trump tweeted last night: “Kim Jong Un talked about denuclearization with the South Korean Representatives, not just a freeze. Also, no missile testing by North Korea during this period of time. Great progress being made but sanctions will remain until an agreement is reached. Meeting being planned!”

Trump has agreed to a meeting by May in response to the North Korean invitation.

Given the robust insults traded between the two leaders over the last year, the planned meeting draws to mind the famous Low cartoon published by the Evening Standard in 1939 following Hitler’s unlikely deal with Stalin after the invasion of Poland. 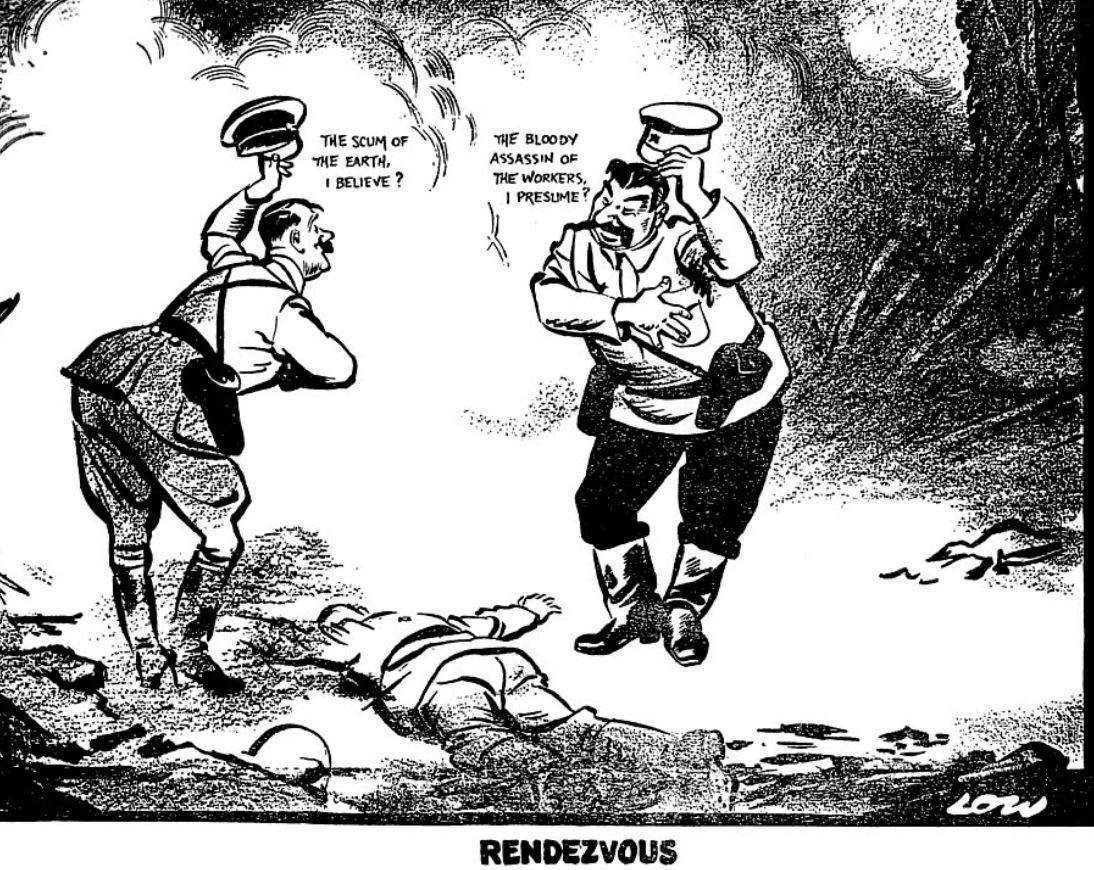 Headed “Rendezvous” it quoted to the two dictators in their own words.

Hitler is pictured lifting his hat saying: “The scum of the Earth I presume”.

And Stalin counters: “The bloody assassin of the workers I presume.”

Trump on Twitter: “Why would Kim Jong-un insult me by calling me ‘old,’ when I would NEVER call him ‘short and fat?’ Oh well, I try so hard to be his friend – and maybe someday that will happen!”

Trump peaking to UN assembly in September 2017: “The United States has great strength and patience, but if it is forced to defend itself or its allies, we will have no choice but to totally destroy North Korea..

“Rocket man is on a suicide mission for himself and for his regime.”

Trump later on Twitter: “I spoke with President Moon of South Korea last night. Asked him how Rocket Man is doing. Long gas lines forming in North Korea. Too bad!

He also said: “Kim Jon Un of North Korea, who is obviously a madman who doesn’t mind starving or killing his people, will be tested like never before!”

In his Christmas address the North Korean leader said: “We should always keep readiness to take immediate nuclear counter-attacks against the enemy’s scheme for a nuclear war…the US should be aware that the North’s nuclear forces is reality, not a threat, adding that the ‘nuclear button’ was always resting on his desk.”

Trump responded on Twitter: “North Korean Leader Kim Jong Un just stated that the ‘Nuclear Button is on his desk at all times.’ Will someone from his depleted and food starved regime please inform him that I too have a Nuclear Button, but it is a much bigger & more powerful one than his, and my Button works!”

In August North Korea said it was considering a long-term strategy of a missile strike on the US Pacific territory of Guam.