Bagan’s plans to display the infamous statue in Zak Bagans’ The Haunted Museum in Las Vegas where members of the public will be able to see it in all its glory.

A statue of Donald Trump naked certainly won’t be to everyone’s taste but for those whose hearts are full of disdain for the 45th president of the United States, this auction item is a must-have.

On 2 May, Julien’s Auctions in Los Angeles will be selling the final existing “The Emperor Has No Balls” statue.

Why do these Donald Trump naked statues exist?

Trump’s divisive election campaign prompted the creation of a number of these statues. The statues were created by a Las Vegas artist known as Ginger after they were commissioned by West Coast anarchist collective INDECLINE.

Ginger made his name creating monsters and props for various haunted houses and horror movies. He spent 25 hours per week around his day job working on the statues between April and their unveiling in August. He told the Washington Post:

“When the guys approached me, it was all because of my monster-making abilities. Trump is just yet another monster, so it was absolutely in my wheelhouse to be able to create these monstrosities.”

The piece depicts Donald Trump naked, complete with a large beer belly and micro-penis. Fittingly, given the statue’s title, the figure also has no testicles.

“Like it or not, Trump is a larger-than-life figure in world culture at the moment. Looking back in history, that’s how those figures were memorialised and idolised in their time — with statues.”

After appearing in public spaces in New York, San Francisco, Seattle, Cleveland and Los Angeles in the weeks leading up to the 2016 presidential election the public defaced most of the statues.

Julien’s Auction believes this is the last statue, reclaimed from within Los Angeles, that has not been vandalised or destroyed.

The auction house expects the statue to sell for between $20,000 and $30,000. It’s not quite the sum a recently unearthed da Vinci painting attracted, but it’s not pocket change either.

The auction will take place on Wednesday 2 May at Julien’s Auctions’ Los Angeles site. The event begins at 7pm PDT and is to feature a reception as well as the auction itself. The address is 8630 Hayden Place, Culver City, California 90232. It looks set to be a particularly interesting event for fans of modern art.

In addition, there is the option to bid online. Prospective buyers can do so by signing up here. Interested parties can also watch the auction happening live here.

How much will Donald Trump’s nude form sell for?

Verdict spoke to Martin Nolan, executive director of Julien’s Auctions in Los Angeles about the sale of the piece.

“We’ve had interest from potential buyers, but we’ve also had a lot of curiosity interest as well. It’s an interesting piece of art.”

This is actually the second time Nolan has encountered the piece:

“We sold this piece back in 2016 prior to the presidential election in November of that year. At that time we were selling presidential candidate Donald Trump, and now, of course, it’s President Donald Trump.

“The winning bidder in 2016 played that card in the sense that no one had any idea that this gentleman would become the president of the United States of America. At the time it was sold, a portion of the proceeds was going to a charity which supports people seeking help with immigration. That was important to the people who created the art-form.”

Back in 2016, the piece sold for around $22,000 explains Nolan. Judging by Julien’s Auctions’ estimate, that could mean that the original buyer might stand to lose some money. Not so, explains Nolan:

“Our estimates are typically conservative auction estimates. But the public will determine the true value.”

So why would anyone actually want a statue of Donald Trump naked? Well, for Nolan the answer is obvious:

“It’s art and people have different appreciations. It’s historical, it’s a unique and rare piece, and it’s controversial. When people come to auctions they’re looking for all of that.

“And now that it represents President Donald Trump that’s an added feature that people are intrigued about. It’s a great conversation piece. If you had it in your home or place of business you know it’d get the conversation going right away. Let the party begin.”

What else is up for auction?

Even if owning a statue of Donald Trump naked doesn’t hold much appeal there’s still plenty to see at the auction.

Work from Banksy, Andy Warhol, Paul McCarthy and plenty of others will also be open for bids.

Here are a few of the highlights: 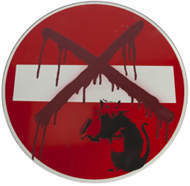 “An inkjet on paper of the Hollywood screen goddess signed by Warhol in black marker lower right.”

“A white acrylic on a New York City subway sign from the Freeman Street station in the Bronx.” 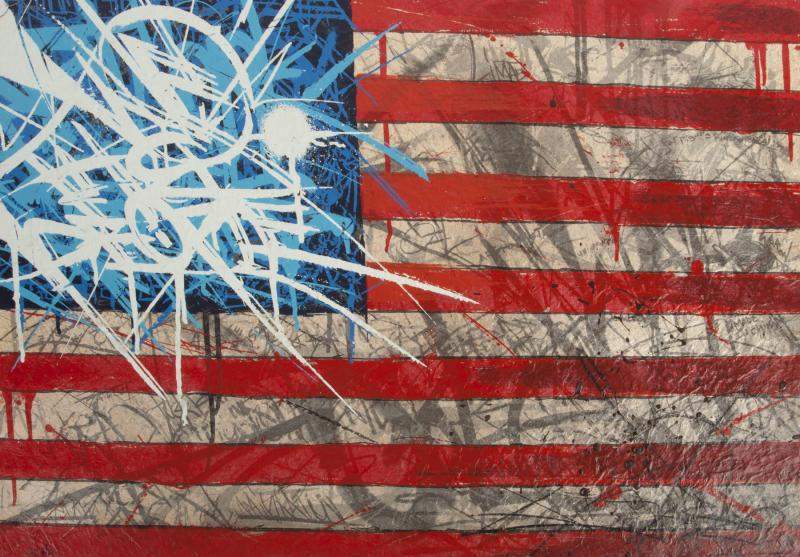 “Aerosol and acrylic on paper. Signed in black crayon lower right and numbered in black enamel lower left ‘AP 6/6’ [Artist’s Proof]. Unframed: 20in by 30in.” 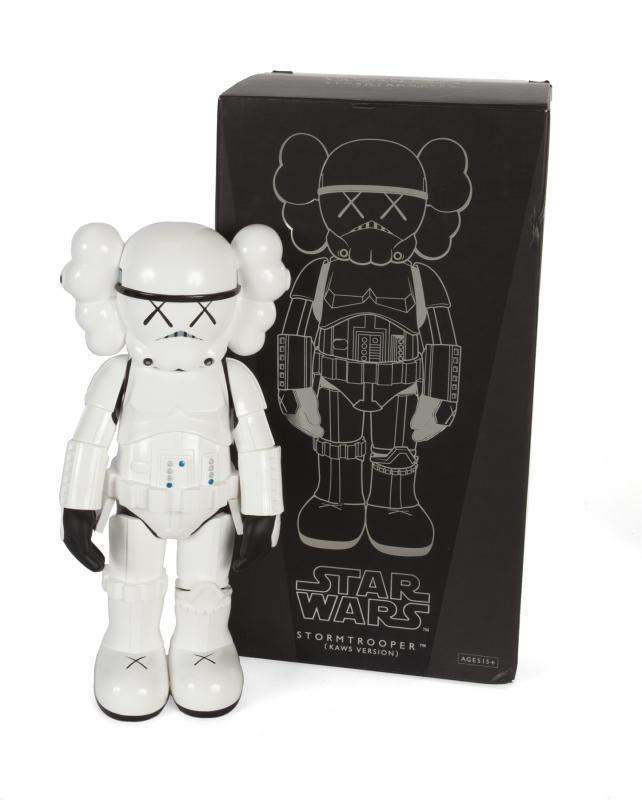 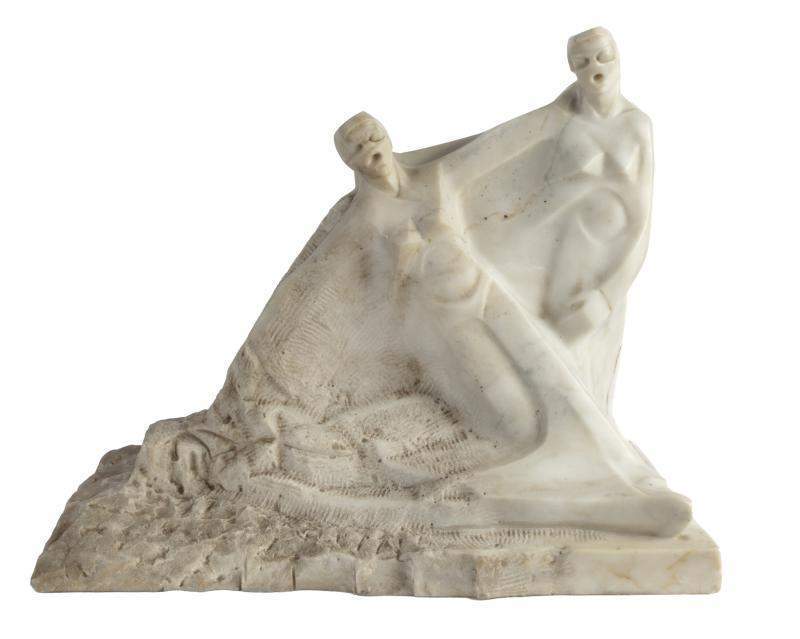 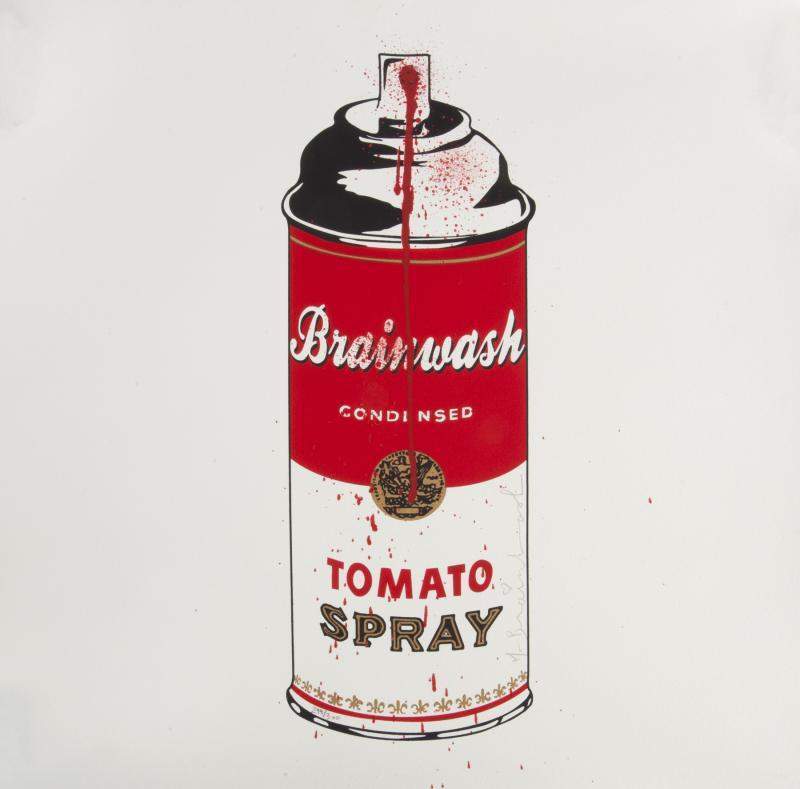