Three European e-scooter firms looking to roll out rental scooters on Britain’s roads have committed to sustainability standards that include never demolishing an e-scooter and not relying on gig workers to maintain the fleet.

Dott, Tier and Voi – based in Amsterdam, Berlin and Stockholm respectively – made the ten environmental and social commitments weeks after the UK government announced a 12-month trial period for rental e-scooters in select locations.

The coalition has called on rival firms to commit to its sustainability pledges in a move likely to put pressure on those competing for a slice of the UK’s nascent e-scooter market. 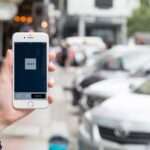 “We’re inviting all other companies currently operating in Europe to join the movement and commit to these sustainability standards.”

Verdict reached out to several rival e-scooter companies for comment.

“We think the commitments our competitors have laid out could go further. Starting in 2018, Lime was the first and only operator to charge its fleet with 100% renewable energy and is the first operator to certify a fleet CarbonNeutral through a respected global protocol – the CarbonNeutral Protocol. We already utilise three times more recycled content than their goal and have long disassembled and reused vehicle components to avoid waste.

“We are aggressively transitioning to all zero-emissions operations vehicles and are the only signatory of The Global Climate Group’s EV100 commitment in the industry.”

A spokesperson for Barcelona and Berlin-based Wind Mobility told Verdict that it would be “happy” to join the sustainability initiative and said it had already achieved “many of these goals”. They pointed to Wind offering swappable batteries, donating and recycling old e-scooters and running “many” of its warehouses with green energy.

Tier, Voi and Dott said they will appoint an independent body to ensure they adhere to their commitments, which cover areas ranging from manufacturing to end of life.

The e-scooter sustainability commitments in full are:

Electric scooters are being touted as an environmentally friendly alternative form of transport that could help the UK meet its net-zero climate commitment.

“E-scooters and other forms of micromobility have the potential to reduce transport’s overall carbon footprint by replacing car trips for first and last-mile journeys. In order to do so, the entire industry must ensure environmental and social aims are key to their business,” said Darren Shirley, chief executive of advocacy group Campaign for Better Transport.

“Today’s announcement is a welcome step toward what should be an industry-wide standard, and we hope other operators follow suit by adopting this as a minimum on which to build”.

The UK trials are aimed at establishing whether e-scooters can form a part of the UK’s transport ecosystem. Concerns have been raised about dockless e-scooters cluttering UK pavements and the risk they could pose to those with disabilities.

A full or provisional driving licence is required to use a rental e-scooter during UK trials. However, this is to be reassessed when trials conclude, after industry experts warned it created a barrier to entry.