As the polls opened in Egypt’s presidential race this morning, critics of incumbent leader Abdul Fatah al Sisi say his main challenger is not a serious rival.

Sisi, the 63 year-old former army chief and strongman, is running against Moussa Mostafa Moussa, himself an ardent supporter of Sisi.

Despite being held under the guise of democracy, one of the only other serious contenders in the race, ex-military chief of staff Sami Anan, was arrested on 2 January after announcing he would run.

The Egyptian military said Anan broke the law by declaring his candidacy.

In the run-up to the election a coalition of more that 150 Egyptian activists and political opponents called it a sham and urged Egypt’s 60 million eligible voters to refrain from voting.

Hamdeen Sabahy, a contender in Sisi’s first election in 2014, urged voters to stay away from the ballot box under campaign slogan “Stay at home”.

Another opposition figure, Abdel-Geleel Mustafa called the vote a charade and an “absurdity bordering on madness”.

Another Egyptian opposition coalition the Civil Democratic Movement also slammed Sisi for a 2 February speech, in which he intimidated voters by warning off challengers to his rule.

“Listen, whoever wants to mess with Egypt and ruin it, has to do away with me first,” Sisi said at the inauguration of a gas field.

A group of US foreign policy experts, the Working Group on Egypt, wrote a letter to US President Donald Trump branding the election a “sham” and urging Trump not to legitimise the outcome by recognising the result.

We urge you not to treat this election as a legitimate expression of the Egyptian people’s will and to withhold praise or congratulations.

This is the third election since the 2011 so-called Arab Spring revolution that toppled 30 year president Hosni Mubarak, who was popular in the west for sustaining support for Egypt’s 1979 peace treaty with Israel, and for crushing an Islamist insurgency.

Sisi led the military overthrow of Egypt’s first democratically elected president, Mohamed Mursi in 2013, the leader of a Muslim Brotherhood party who rose to power on the back of Arab Spring protests.

Sisi has since been seen as a force of stability in the country, quelling protests on the streets and imposing a fleet of economic reforms aimed at rehabilitating the country’s ailing economy and tourism sector, damaged by the unrest.

The country’s economy has doubled over the last ten years according to the World Bank. 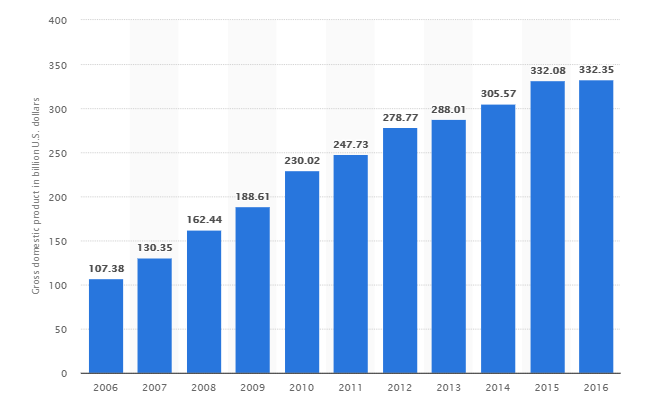 Yet brutal crackdowns on dissidents, and tough economic reforms have seen livelihoods hit by soaring inflation and tax hikes, causing the president’s popularity to waver.

In the 2014 election, less than half of the Middle East’s most populous country voted, with Sisi securing 96.9% of the vote.

Security has been beefed up at polling stations around the country for this year’s election after Islamist groups threatened to attack voting infrastructure.

The result of the three-day elections, held from 26 March until 28 March, will be announced on 2 April.