The tech market has been enjoying a serious boom, and it’s boosting stocks all over the world.

Big tech companies surged yesterday, pushing the technology-heavy Nasdaq Composite Index to a record high for the second straight day. The Nasdaq Composite has carried on ticking up, gaining 0.2% at the opening bell in New York this morning. 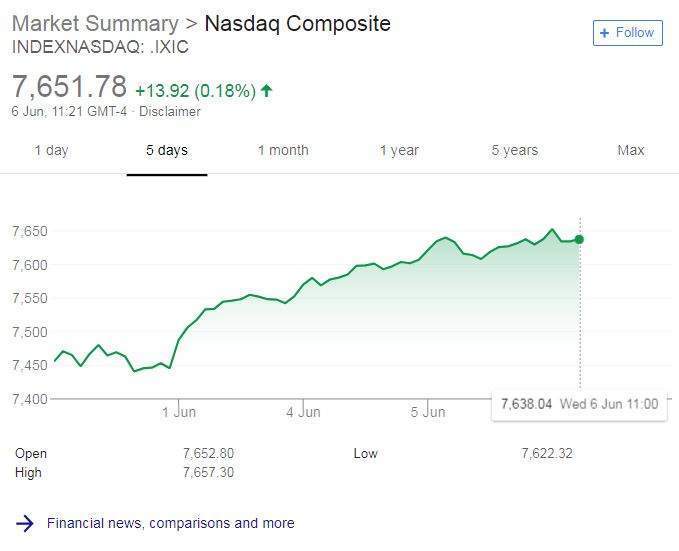 The companies leading the charge were Amazon and Netflix, which rose 1.1% and 1.9% respectively. Twitter was added to the S&P 500 for the first time, despite not meeting the usual requirement of four straight quarters of positive as-reported growth.

Apple’s stock also soared as investors reacted positively to the company’s software-focused Worldwide Developers Conference. The company scored an all-time closing high on Monday, following announcements of new AR features for the next iOS, as well as tools to help users limit their time on their devices. Apple also unveiled plans to block tracking by Facebook and Google and for customised animated emojis called Memojis.

In fact, tech stocks across the board have all been doing well over the past month, with the chipmakers Advance Micro Devices, Micron Technology and Microchip Technology among the best performers (PayPal and Electronic Arts are also strong). Perhaps the most interesting to watch is Facebook, which has now rewarded its investors’ loyalty but may not be out of the woods just yet.

Facebook’s stock plummeted earlier this year as the company was embroiled in the Cambridge Analytica scandal. The resulting accusations that Facebook had violated its users’ privacy saw the company lose $100bn from its market cap, more than the entire market value of Paypal or Starbucks. At the height of the scandal, 4 April, Facebook closed at a low $155.10.

Fast-forward to this week and Facebook’s shares have rallied remarkably, closing at $193.28 on Monday and up 25% on their 4 April low. Investors who stuck with Facebook stock are likely to be pleased they did. The stock is now near its all-time high giving the social media giant a market capitalisation of $552bn. 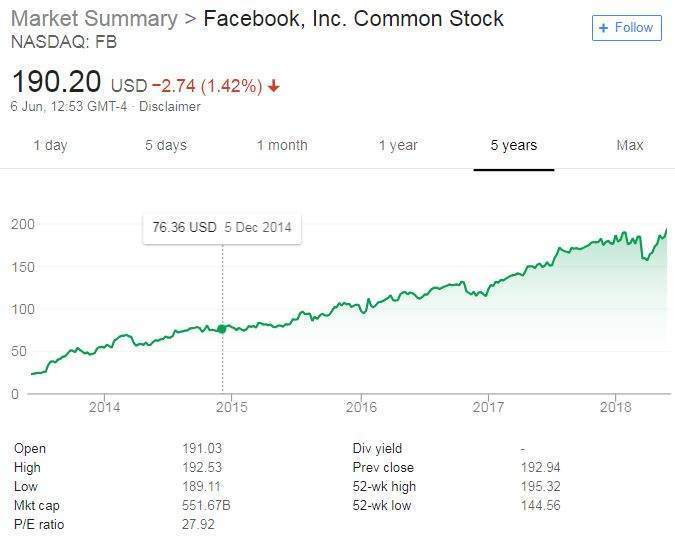 But, trouble may still be brewing for the social media giant. An announcement yesterday that Facebook has ongoing data-sharing partnerships with Chinese device makers (including Huawei, which US intelligence has deemed a national security threat) will likely land Facebook in more hot water. Despite this, Facebook is still popular today with sell-side analysts, and this morning had 42 “buy” ratings; the most of any company in the entire S&P 500 apart from Amazon.