Motor racing for electric vehicles, known as Formula E, is now in its fourth season has has just announced a “groundbreaking” multi-year partnership with Swiss industrial technology giant ABB.

The annual motorsport series will be renamed the ABB FIA Formula E Championship — the first time an FIA-sanctioned single-seater championship has had a title sponsor.

Though the financial details of the deal have not been disclosed the FT reported a source close to the deal saying it was worth “nine figures”.

FIFA to use AI to combat online hate

The fourth edition of the Formula E series will see 10 teams and 20 drivers compete in 11 cities spanning five continents in the fight to be crowned ABB Formula E champion.

The next race takes place in Marrakesh this Saturday, with the 2018 championship coming to a close in July.

Formula E was originally conceived as a showcase and test bed for electric car technology but has since secured interest from manufacturers, sponsors, and cities – all wanting to be involved in a series that pitches itself as future of motor sport.

Alejandro Agag, founder and CEO of Formula E, said the deal was a “historic day” for his group:

As partners, we will showcase breakthrough technology on a global scale to fans and consumers who follow the ABB FIA Formula E Championship.

Mercedes-Benz, BMW, Porsche and Jaguar have all announced plans to participate in the series in recent years.

Ulrich Spiesshofer said the sponsorship was a “natural fit”, adding:

The rise of Formula E comes alongside rapid growth in the consumer electric car market.

Last year it was reported the number of electric vehicles on the world’s road rocketed to 2m in 2016 after being virtually non-existent just five years ago, according to the International Energy Agency. 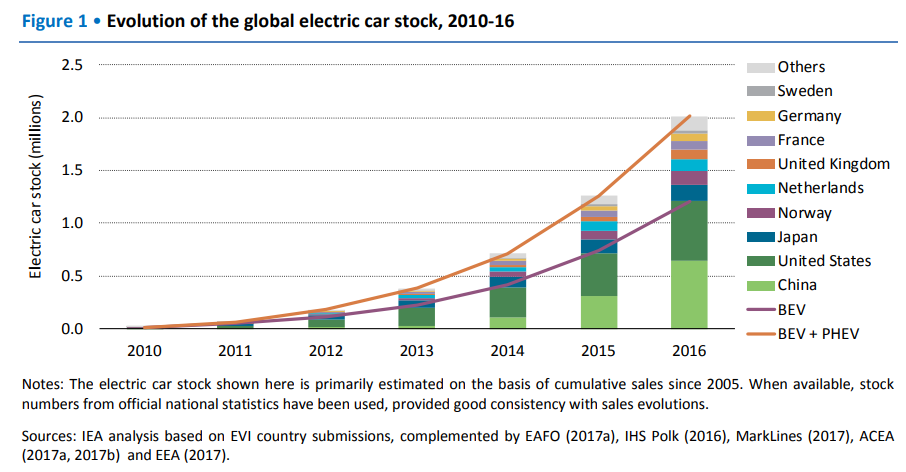 Registered plug-in and battery-powered vehicles on roads worldwide rose 60 percent from the year before, though they still represent just 0.2 percent of the world’s cars.

Meanwhile, a multi government program called the Electric Vehicle Initiative in June set a goal for 30 percent market share for battery power cars, buses, trucks and vans by 2030 — with China, France, Germany, the UK and the US involved.

General Motors however sold twice as many Chevy Bolt EVs — priced at the same level as the Model 3, and with comparable range — in just December as Tesla managed for the entire quarter.