This week book lovers are flocking to Germany for the annual Frankfurt Book Fair, the biggest publishing event in the world with a history dating back to 1454.

With 7,150 exhibitors from over 100 different countries and an expected 280,000 visitors for the 4000 events, the Frankfurt Book Fair is the world’s biggest publishing event and more deals are done at the fair than any other time in the publishing calendar.

The 2017 fair was opened yesterday in a joint ceremony with German chancellor, Angela Merkel and French president, Emmanuel Macron — to celebrate France as this year’s guest country of honour.

Every year since 1976, the festival chooses a country or region to be the guest of honour. France holds the title for 2017, next year’s guest of honour will be Georgia. 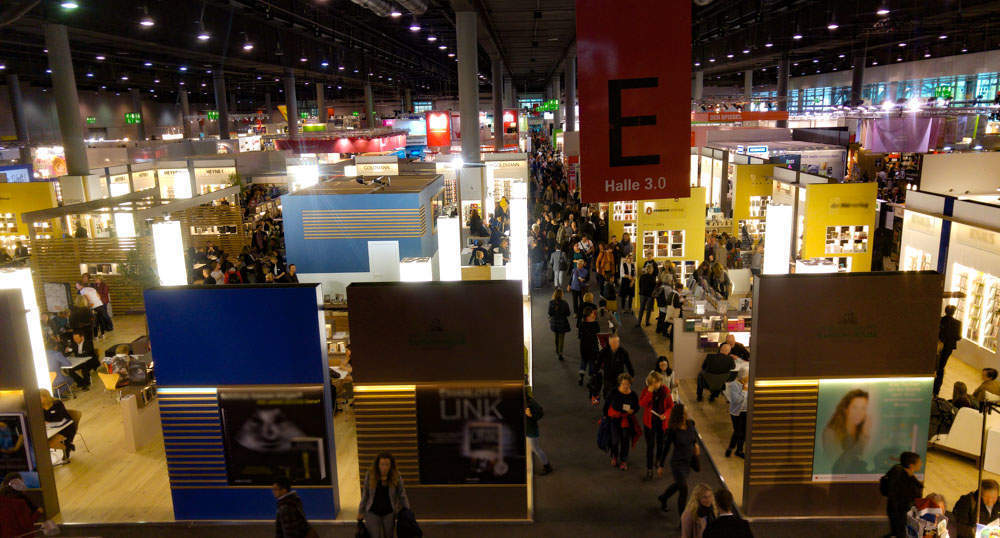 The trade side of the show runs from today until this Sunday and the general public can visit the fair on the last two days.

On Sunday all exhibiting publishers have the opportunity to sell their books.

Saturday 14 October will be an unmissable day for visitors to the Frankfurt Book Fair, jam-packed with some of the biggest names in the literary world.

Margret Atwood, the author of A Handmaids Tale, is holding a press conference at 10am to talk about her latest projects, while the bestselling author of The Notebook, The Last Song and Dear John – Nicholas Sparks will be in conversation with Margarete von Schwarzkopf, to talk about his recent novel, Two by Two.

Also appearing is Da Vinci Code author Dan Brown. He will be presenting his newest novel in the Robert Langdon series at the Frankfurt Book Fair.

The author rarely gives public interviews so this will be a rare opportunity to catch him discussing his newest book, Origin.

The fair awards prizes for books such as the oddest title of the year and the peace prize of the German book trade.

Tickets are available from the website, with prices from €30 for the weekend.