Burlesque dancers, drag acts, mimes, clowns, ninjas and everything in between will line the Royal Mile, while most people are busy fighting to watch a man dressed as a gorilla sit in a rocking chair. It can only mean one thing: Edinburgh Fringe is back.

In 2017, the world’s largest arts festival hosted more than 53,000 performances of 3,400 shows throughout the 25 day festival, in what was yet another record-breaking year.

The Fringe will return again in August bigger than ever, with more than 3,900 shows in the programme.

With so much to see and do, Verdict has made it a little easier to plan your time at the Fringe. For those on a budget, here are some of the best free Fringe performances taking place this year: 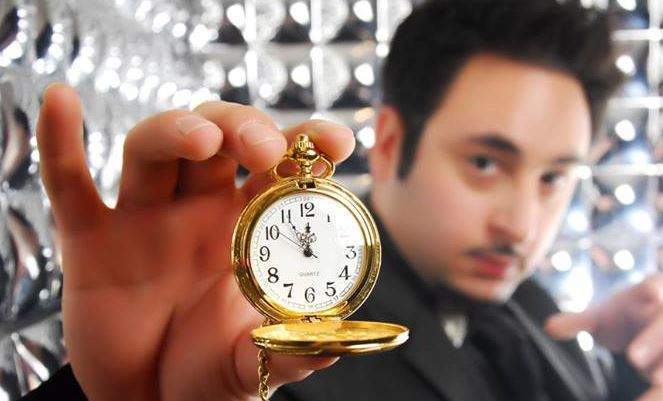 Ben Dali: Trance of a Lifetime

“The audience stars and anything goes. From simulated nudity, exploding sex-crazed aliens, world’s first 5D cinema experience and hilarious scenes set at the heart of the Fringe.”

Dali returns to the Fringe for a fourth year, following the success of his Strictly Come Trancing and Take a Trance on Me shows. Dali has made a name for himself as a humorous hypnotist, and we’re expecting much of the same this year.

Performed by the Lewd Late Night Cabaret, expect filth, debauchery and “glittery carnage” at Paradise Palms. Offering five hours of good times, Le Tropicalocal is the place to see out your Saturday nights during the Fringe.

Confessions of a Child Star

“Lydia’s ‘How (not) To’ guide to life, love and success. How (not) to achieve your dreams, find love and do it with your dignity intact!”

Scottish actress Lydia Davidson, once a child with dreams of making it big, explains exactly how achieving your dreams is not done, using comedy and songs full of cringeworthy tales.

“Sometimes messy, always exciting, learn about science and laugh your pants off while you do.”

Award-winning comedian Donal Vaughan returns to the Fringe to entertain the young ones with potato rocket launchers, dragons and a vomiting unicorn in this overwhelmingly popular, magical comedy performance.

“If the main attraction doesn’t show up, the kids still want to see a comedy show! So Pete’s gonna make one up and have the kids (and adults) help,”

The kids take control of the performance in Show Up, Kids!, helping to write, direct and design their very own comedy show.

Superheroes for Kids returns with a third instalment of the hit superhero show. It’s an interactive comedy show about your favourite superheroes, complete with some new characters and plenty of surprises. 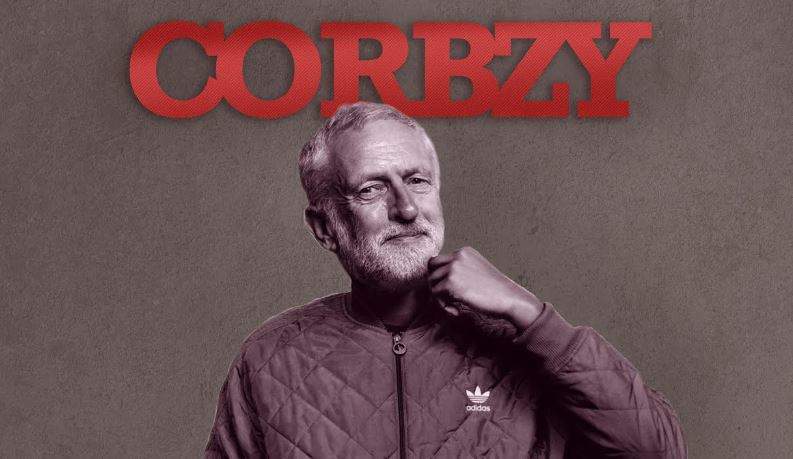 “A Eurovision for Brexit, as conceived by the UK’s foremost IDS themed Smiths tribute band The Iain Duncan Smiths.”

Borrissey, Snoop Mogg, David Davis Bowie, Corbzy, Maydiohead and Farage Against the Machine fight to be crowned the winner of the Eurosceptic Song Contest in a show that blends comedy, music and politics.

“The most interactive, spontaneous and hilarious late night show at the Fringe,”

There’s no chance of being heckled here. Three top comedians will be fighting amongst themselves in order to win over the audience, with jokes tailored to appeal to their crowd. Without the help of pre-written material, comics must craft jokes based on audience suggestions in a bid to get the best response. 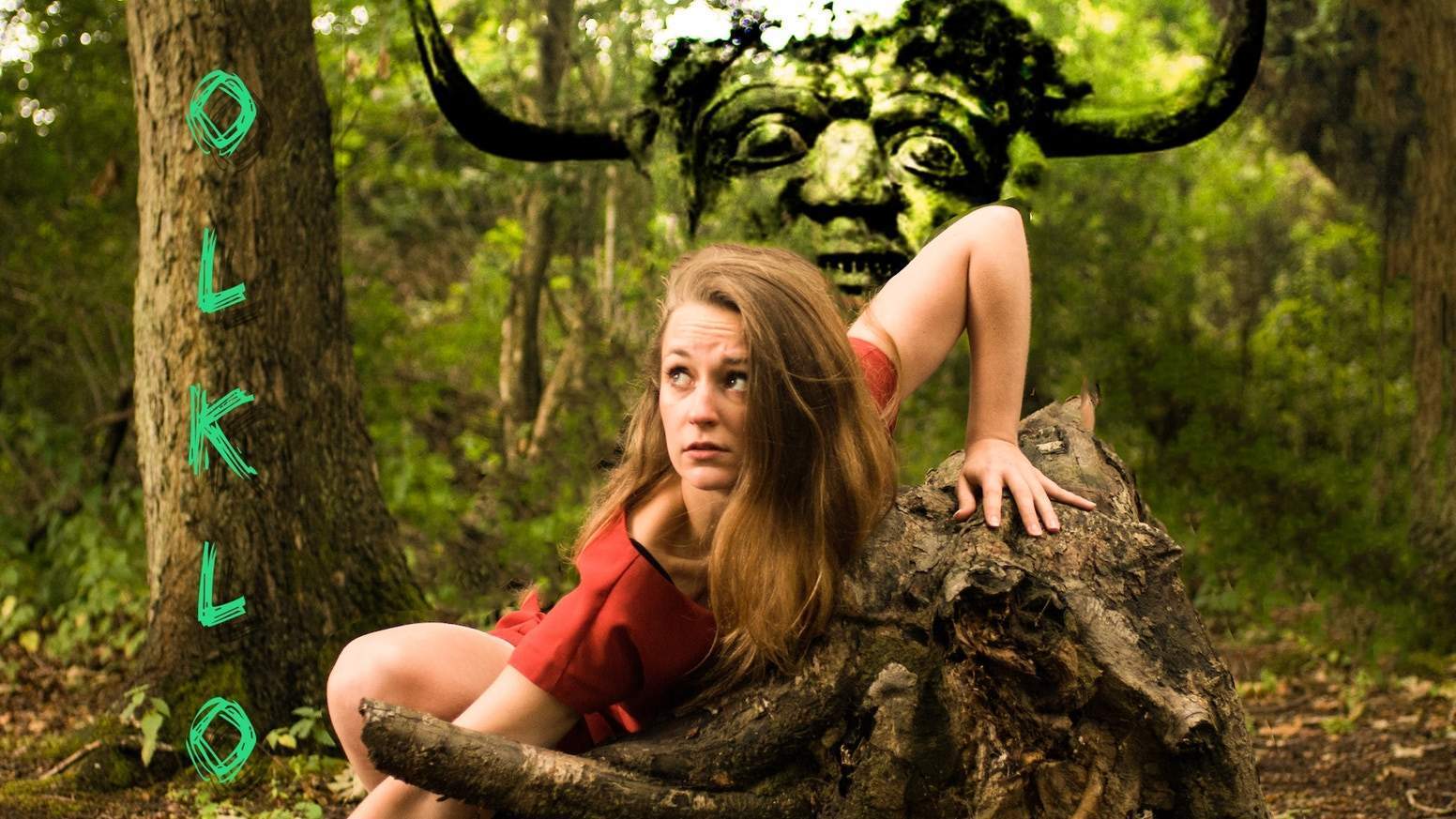 “Folklore entwines three past folk stories from across the South West to form a new narrative,”

“Janis Claxton and composer Pippa Murphy have joined forces with a team of world-class dancers for a series of short, site-specific performances,”

Janis Claxton Dance returns to Edinburg to follow up on its award-winning Fringe 2016 performance. Based around the theme of love, musical/dancing duets will pop up around the museum throughout the month to give visitors a taste of Fringe.

“Take yourself on a journey to the Caribbean. Experience the music and dance of Latin America,”

Dance group If You Walk You Can Dance encourages their audience to join in during a four hour offering of Latin American dance and music. Held in the El Paso Tapas Bar, you won’t have far to go for a bite to eat once you’re dancing the night away.

“We welcome you to Scotland’s only beer palace for a shindig like no other! A palace of mystery and adventure awaits.”

The Brewhemian Shindig will offer a taste of everything that the Fringe has to offer, with spectacular immersive performances playing out around you as you party the night away to live music. Alcohol will be consumed and fun will undoubtedly be had.

“This art exhibition highlights one of the world’s most pressing environmental problems: the inability of humankind to effectively cope with the disposal of the vast amounts of household and industrial waste and the destruction of the natural world for profit.”

A collaboration of artists has used a variety of found and recycled materials to create an art installation bringing light to the scale of our waste problem.

“Grab a wand and join your robed guide on the original tour in Edinburgh designed especially for Potter fans!”

Discover Edinburgh’s magical locations that provided the inspiration for JK Rowling’s Wizarding World of Harry Potter. Visit Greyfriars Kirkyard, where the real Thomas Riddell lays buried, the café where it all started and the school that became Hogwarts. 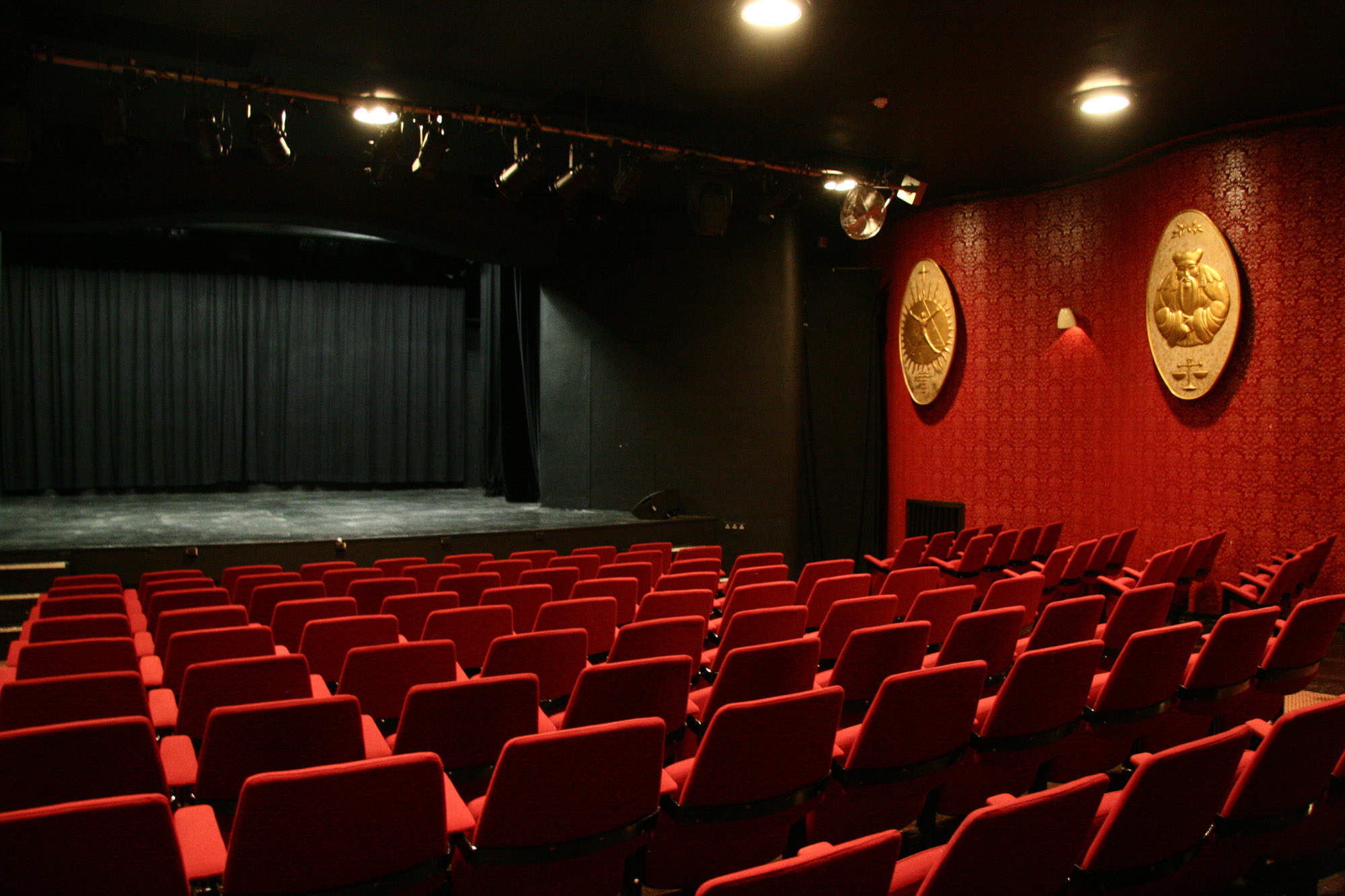 The Department of Lost and Found

“Acquire the key and while away an hour poring over its contents, including: letters of complaint, love notes, photo albums, slideshows and amateur artworks.”

House inside a caravan, The Department of Lost and Found is a museum of treasures and tat left behind or thrown aside by their owners. Spend an hour combing through the old letters, photographs and artwork that has found its way to the Fringe.

“The destination for discerning film folk.”

C cinemas will show a curated programme of silver screen shorts and contemporary films all day, every day throughout August. The line-up includes films long and short from the UK, Europe, America, Asia and the rest of the world.

“The free exhibition showcases some of the most powerful and thought-provoking images of the past year.”

Scottish Parliament will play host to some of the most moving images from the past 12 months, whittled down from more than 73,000 submissions by 4,500 photographers from 125 different countries. 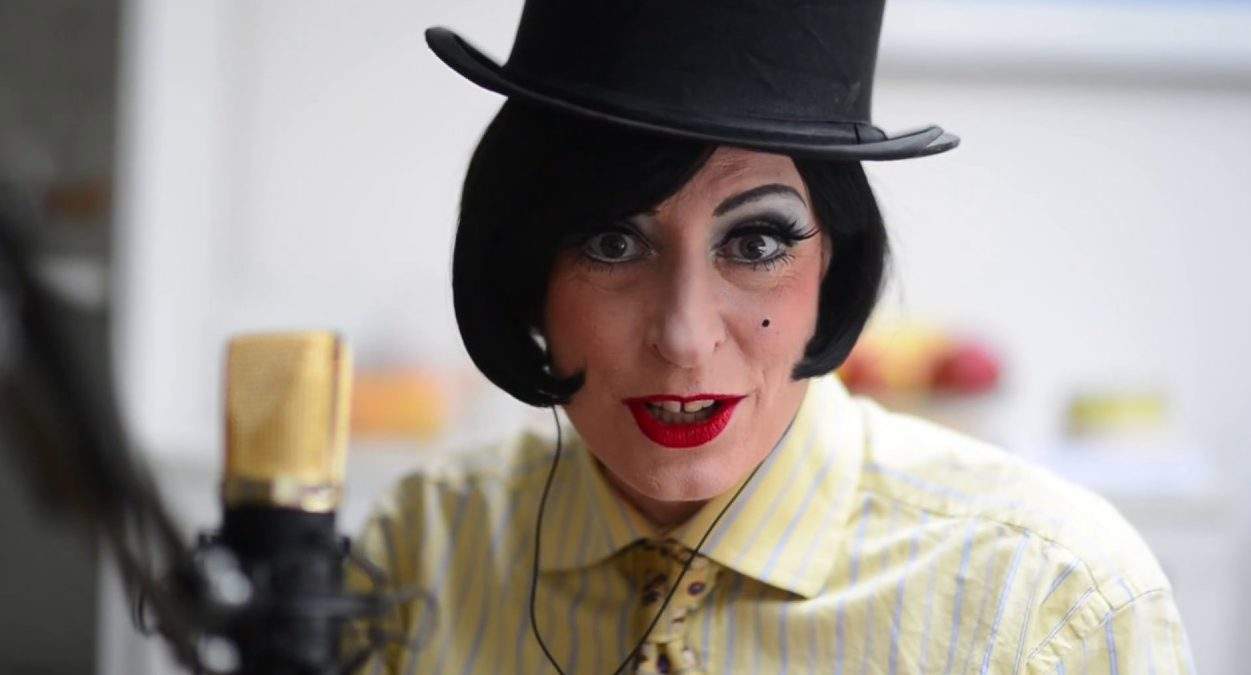 Learn how to play the ukulele in under an hour with cabaret diva Tricity Vogue, before taking part in a final group performance.

“These fine musical talents from Korea revive their legacy with both authenticity and creativity. Don’t miss out on this unique collaboration with the most accomplished of vocalists.”

This is an orchestra like none you’re seen before, with 45 members performing ancient Korean melodies on traditional instruments such as the ajaeng, gayageum, haegeum and piri.

“A must for music lovers of all ages!”

Revel in all things vinyl. Allander Record Fairs is bringing an incredible selection of collectable vinyl to Edinburgh, including LPs, 12” and 7” singles from the 50s through to the present day.

A Self-Help Guide to Being in Love With Jeremy Corbyn

After living with the Labour Party through the downfall of Tony Blair, disappointment of Gordon Brown and Ed Miliband struggling to eat a bacon sandwich, poet Jess Green has fallen in love with Jeremy Corbyn. She’ll teach you how to fall in love with Corbyn too through the power of poetry.

“Featuring an unpredictable choose-your-own-adventure poem with over 6 million outcomes and a hip hop journey through all the baddies of your childhood, he’s working his ass off, but will it ever be enough?”

Mark Grist, part-time teacher, poet and battle rapper, works tirelessly to impress his future mother-in-law, to no avail. The award-winning Grist details his journey through comedy, poems, rap and pugs. Don’t ask how, just see it for yourself.

The Poetry of Sticking an Egg Up a Hen’s Butt!

“Everyday life can be tragic and comical at the same time. And what’s more uneasy – to laugh at something that is tragic or to take something ridiculous seriously?”

Giada Garofalo tells one story two times: once as a tragedy, then as a comedy, highlighting how everyday events can be both bad, yet kind of funny at the same time.

“The original show, performed for the first time in 10 years. Turn up early, sell-out expected.”

A young man, dressed as a gorilla dressed as an old man, sits in a rocking chair rocking for 56 minutes, before he eventually gets up and leaves. It’s a Fringe classic and one that everyone wants to see.

“It’s 1986, one glorious summer’s evening among the dreaming spires of Oxford University. 19-year-old Dave is trying out his new look as a punk, and going out on the town hoping to impress the infamous, elitist Bullingdon Club with his racy antics.”

David Cameron’s alleged shenanigans with a pig during his university days will be transformed into a powerful theatre performance at the Fringe. Follow Dave on a wild night as he tries to impress the ultra-popular Boris and gain membership to the Bullingdon Club through any means necessary.

“John Lewis is a computer scientist, father of four, social liberal, atheist, and not a retail store. John Lewis is also a chain of high-end UK department stores.”

Put yourself in the shoes of John Lewis, a computer scientist from Virginia, USA, who has to endure the frequent complaints of unhappy British shoppers. Simon Jay, the creator of Fringe favourite Trumpageddon, returns to explore Twitter’s inability to distinguish between John Lewis, American man, and John Lewis, British retailer.