At the end of November last year, a Chinese scientist made an announcement that caused shockwaves in the scientific community: he had genetically modified two babies in a bid to render them immune to HIV. The gene-edited baby scandal was rapidly the subject of outrage both in China and worldwide.

The scientist in question, Jiankui He, an associate professor and genomics researcher from Southern University of Science and Technology, apparently undertook the work in secret. He genetically modified human embryos using a method known as human germline gene editing in order to disable the CCR5 gene, which plays a key role in allowing HIV to enter cells.

The work resulted in the birth of twin baby girls. The first He’s contemporaries heard of the project was in a press conference held on 25 November, accompanied by a promotional video posted to YouTube and an exclusive article published in MIT Technology Review.

Three days later, on 28 November, He appeared at the Second International Summit on Human Genome Editing in Hong Kong where he outlined his research and expressed plans to produce further genetically modified babies in the future, even suggesting a second mother was pregnant with another gene-edited baby.

It was to be He’s last public appearance and the apparent end to his scientific career.

Condemnation was swift and severe from all sides, with He’s worth slated as irresponsible, illegal and abhorrent. The scientist was ultimately fired and has since reportedly had his movements severely restricted by the Chinese government. It is not yet clear if he will face formal punishment for his actions.

For the scientific community, however, the work has begun to prevent other scientists copying his actions, and ensuring that future gene editing efforts are undertaken in a far more responsible and measured way.

This is an endeavour that will go on for some time, but in the latest issue of the journal PLOS Biology a collection of papers explore the issue – and suggest what should happen next for genetics research. 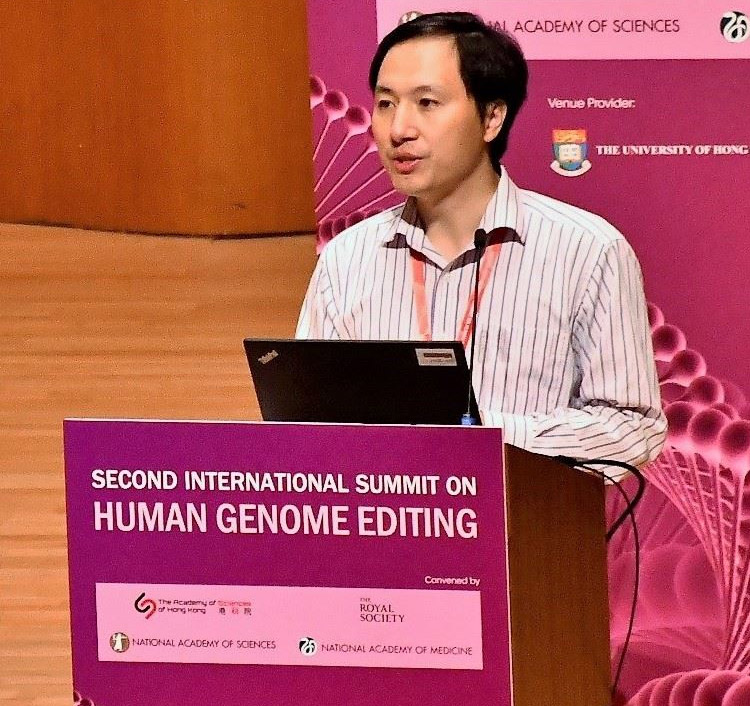 Jiankui He presenting his research at the Second International Summit on Human Genome Editing on 28 November. It was to be his last public appearance.

What was wrong with the gene-edited baby research

He’s research was met with what Arthur Caplan, Drs. William F. and Virginia Connolly Mitty Professor of Bioethics at New York University Langone Medical Center and the founding director of the Division of Medical Ethics, described in his paper in PLOS Biology as “a torrent of almost universal criticism” based not only on ethics, but also on science.

As Chinese gene editing experts Haoyi Wang, from the Institute of Zoology, Chinese Academy of Sciences (CAS), and Hui Yang, from the Institutes of Neuroscience, CAS, explained in their own paper in PLOS Biology, even He’s rationale that gene-editing was an appropriate method to prevent HIV transmission was flawed.

“Gene editing in embryos is complete unnecessary to prevent HIV transmission to the fetus,” they wrote.

“It is possible for an HIV-positive father to generate healthy babies using establishes Assisted Reproductive Technology with an extraordinarily high success rate.”

Wang and Yang also tore into He’s data, arguing that his conclusions were “absurd” and that the quality of his science was “very poor and superficial”.

Caplan noted that the level of understanding surrounding the involved gene editing techniques is far too immature to justify the creation of any gene-edited baby, but also drew attention to the ethical concerns surrounding consent.

“The consent form given to parents was utterly inadequate,” he wrote. “It was 23 complex pages but spent more time on who controlled baby pictures than on risks.”

The issue of He’s apparent focus on publicity is a topic Caplan is particularly critical of.

“Presenting the results of groundbreaking work by press conference and YouTube is not science,” he said, adding that the announcement prevented time for adequate scientific analysis of the research, despite its submission to a peer-reviewed journal.

The use of an exclusive media partnership also raised alarm bells for Caplan.

“Showing more concern about press coverage than disseminating details of the work in the peer-reviewed literature is culpable grandstanding,” he added.

For the Chinese scientific community, the gene-edited baby scandal also presented another problem: it served to reinforce sterotypes about China as a ‘Wild West’ for bioengineering, where scientists are allowed to conduct research simply not permitted in other parts of the world on ethical grounds.

Contrary to popular belief, He’s research was not acceptable under Chinese law or scientific standards.

In fact, a group of Chinese scientists representing the Committee of Genome Editing of the Genetics Society of China and the Chinese Society for Stem Cell Research wrote to the journal Nature to clarify this.

“Such work would violate the current code of conduct from China’s ministry of health, as well as internationally accepted ethical guidelines,” they wrote.

“The consensus of the international scientific community, including Chinese researchers in genome editing, is that engineering the human germline for reproductive purposes should be forbidden until the scientific issues have been resolved and there is broad social agreement.

“China has clear regulations specifying that human embryos with genetic modifications cannot be implanted, in agreement with regulations adopted worldwide.”

However, the scandal has if anything amplified this perception, something that Wang and Yang urge the Chinese government to take action to correct.

“We strongly suggest that the authorities conduct a thorough examination of all the original data and disclose the facts to the scientific community and general public,” they wrote.

While the Chinese government has remained tight-lipped about the scandal, it is clear from their handling of He that they are taking considerable interest. But whether this ever extends to a public release of their own data on the matter remains to be seen. 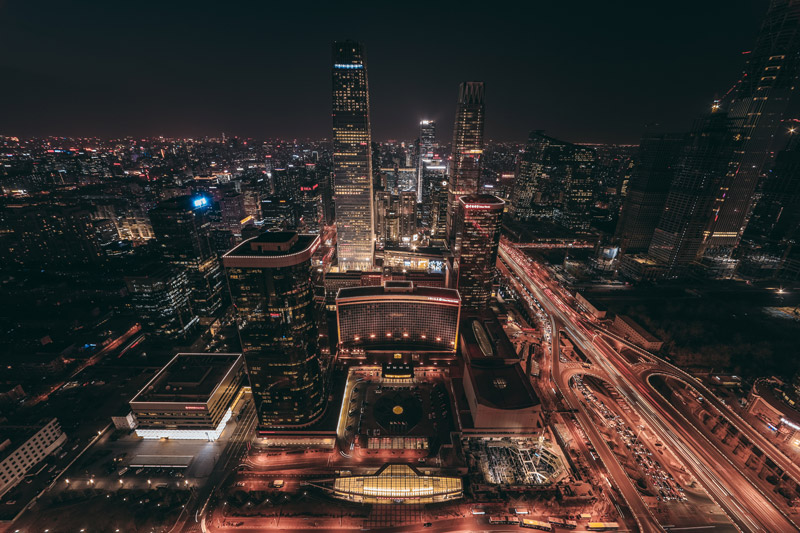 Beijing, China. The country has an incorrect reputation for having few restrictions of human gene editing, which the scandal only exacerbated.

While the gene-edited baby scandal has hit China’s reputation, for the international scientific community it underlines the need for a wide-reaching consensus on the subject moving forward, particularly in the use of germline editing in humans.

Caplan notes that some do not believe that there will ever be a justification for using this gene-editing technique in humans, particularly given “dubious” and “regrettable” early efforts in this area. However he notes that there is significant promise held by the technology.

“Germline editing hold out the promise of eliminating various genetic scourges from families and, ultimately, the human species for all time,” he wrote.

“Not all forms of enhancement are prima facie wrong. Bestowing improved resistance on future offspring seems noble not unethical.”

However, for this to become a reality, he said, “serious action, not rhetoric” will need to occur. This, he argued, includes extensive disclosure of ongoing research, mandatory involvement of ethics committees and the loss of access to government support in the instance of ethical violations.

He also stressed the importance of forswearing media exclusives, arguing that “they have no place in disseminating transformative research”, and made a case for far more sophisticated informed consent.

Caplan offered an extensive list of steps that he said needed to be taken, stressing that additional elements would likely be added. And while such an approach would be in some ways restrictive, it is likely that the scientific community would be behind his recommendations.

Wang and Yang, for example, also echoed his sentiment.

“We strongly urge the international community of scientists and regulators to initiate a comprehensive discussion as soon as possible to develop the criteria and standards for genome editing in the human germline for reproductive purpose,” they wrote.

“After reaching a clear consensus, clear and strict laws need to be passed, implemented and enforced at an international level.”

For the scientific community, then, it is clear there is considerable work ahead to ensure that the future of human germline editing is an ethical one. But if such recommendations are followed, we could one day see the practice resumed in a moral and scientifically robust manner – perhaps even resulting in true benefits to humanity.

Read more: Through CRISPR gene editing we can (and should) change the nature of our species