Mobile data revenue in Ghana is expected to grow substantially within the next four years, according to recent GlobalData forecast figures.

A growing number of people in Ghana are using their devices to access the internet, supported by increasing smartphone penetration and steady expansion of mobile telephony services in rural areas, according to the data and analysis company.

On the back of growing smartphone penetration, the 3G and 4G subscriptions will increase, driving growth in total mobile data consumption. 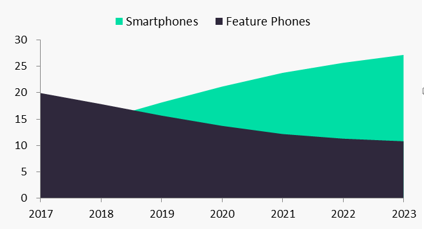 Smartphone subscriptions will grow from 14.9m in 2018 to 27.2m by 2023, surpassing feature phones as the leading handset category from 2019 onwards. This will be supported by the expansion of 3G/4G networks and the influx of low-cost smartphones, especially from Chinese vendors such as Huawei, Infinix and Tecno. 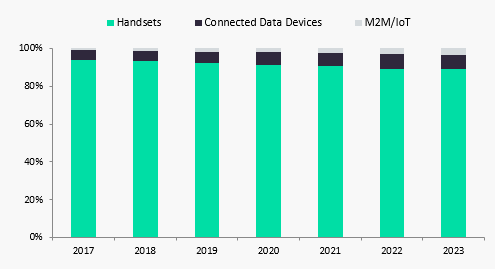