The world’s most identifiable action camera manufacturer GoPro is beginning to turn around its financial performance in 2018, but faces three significant constraints to future success.

GoPro’s recent results were encouraging, up 40% from Q1 and beating analyst estimates of $270m to reach $283m, but the company must maintain its momentum to convince investors it’s turned a corner. 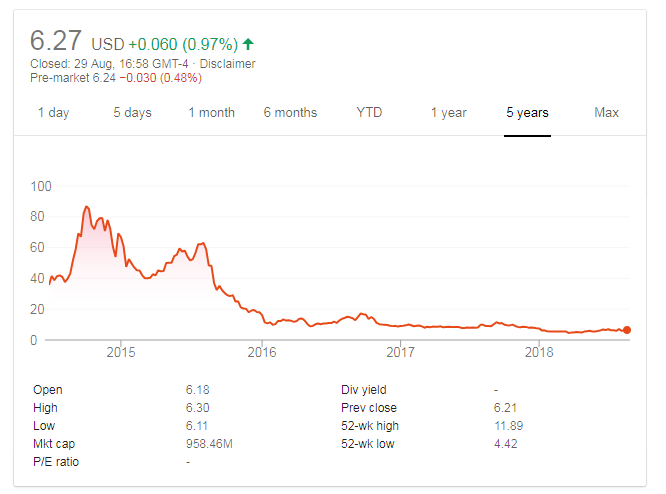 Company has problems getting customers to upgrade

The company has recognised that 50% of its active GoPro App users are using older generation GoPro products. The company is hoping to drive upgrades to push sales, but it’s a victim of its own success, as the older models have a significant product lifespan. The company has attempted to remedy this by introducing a trade-in scheme in April 2018, offering discounts on new products.

It also introduced a lower price product, the GoPro Hero and slashed prices on older models. The Hero shares much functionality with its more premium priced products, hoping to entice casual users.

Those who require more high end-features such as 4K quality and 360 degree capabilities will still have products to turn to. It also acts as a gateway product, potentially encouraging upgrade sales.

Despite investor weariness, GoPro’s brand and products still resonate with consumers, so it will have to leverage this advantage to continue to grow. In 2017 Go Pro’s unit sales dropped 9.6% down to 4.3 million in FY2017 from 2016, although the reduction in units was offset by an average price increase of 10.1%, so revenues declined just 0.5%.

Limited growth opportunities due to niche market and increased competition

However, camera sales have been in decline for some time due to the advent of the smartphone, largely wiping out casual purchases of cameras.

GoPro’s ability to capture the action camera market initially was a good example of carving out a niche, but the market has a ceiling. The company’s success has also attracted competitors to its niche.

Attempts to diversify revenue have failed

GoPro also attempted to diversify its products, launching the GoPro Karma drone in 2016.

However it was withdrawn in 2017 and the company axed its aerial division in early 2018 during restructuring which saw 20% of its workforce axed. However, this helped boost adjusted gross margins to 31% in the second quarter, from 24.3% during the first quarter.

Cost of revenue was pushed up by supply chain shortages. Industries such as automotive are now competing with consumer electronics for semiconductors and components, leading demand to outstrip supply.

The shortage is particularly acute in passive devices and components, and expected to last well into 2019.