A project to explore how guide dogs respond to autonomous delivery robots is laying the foundation for widespread use of the technology in the coming years.

In a pilot project conducted by UK charity Guide Dogs and autonomous delivery robot company Starship Technologies, guide dogs were accompanied by their owners or trainers on regular day-to-day activities, where they encountered Starship delivery robots along the way.

This involved the dogs meeting the robots coming towards them from both the front and rear, being overtaken by or overtaking the robot or encountering each other at a road crossing.

The dogs’ responses were monitored, with the project coordinators keeping an eye out for any behaviour that may indicate a need for further training in guide dogs as these robots become more widespread.

However, the news was positive: all of the dogs reacted calmly to their robotic encounters, with most opting to stop before the robot approached them. None reacted in a negative way that could pose a specific issue. 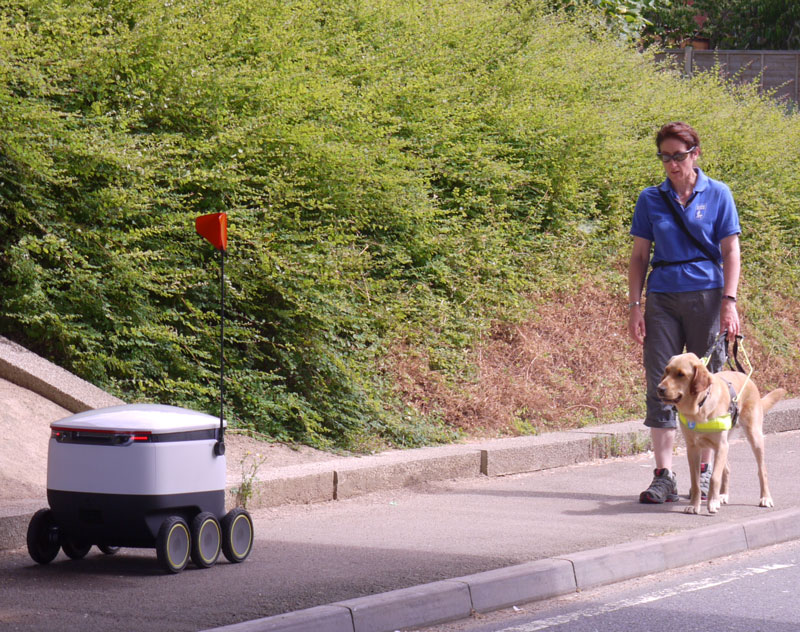 Starship’s delivery robots are not much larger than a dog themselves, and are designed to move autonomously along pavements to deliver food and other packages locally.

While they have already been tested in over 100 cities, they are still a very novel sight. However, with deliveries now available in some areas and significant expansion plans on the way, they are set to become a far more commonplace part of city streets.

As a result, the company is keen to ensure that they can become part of the urban environment without causing disruption to other city dwellers.

“We believe that autonomous delivery can play an important role in supporting all individuals within communities by making people’s lives more convenient, including the visually impaired,” explained Lex Bayer, CEO of Starship Technologies.

“Working seamlessly alongside residents is a top priority for us, and we are continually looking at ways to enhance our services by engaging with organisations such as Guide Dogs to do just this.”

For the Guide Dogs charity, it is also a chance to ensure people with visual impairments are not overlooked as the future develops.

“Technology is constantly changing our environment and the way we live, so it’s vital that GuideDogs as an organisation leads the way in shaping that environment for people with a vision impairment,” said John Welsman, policy lead, travel and mobility at Guide Dogs.

“We want all our guide dog owners and their dogs to feel confident about navigating the streets of the future, so we’re really pleased to have the opportunity to work with Starship on this initial study.” 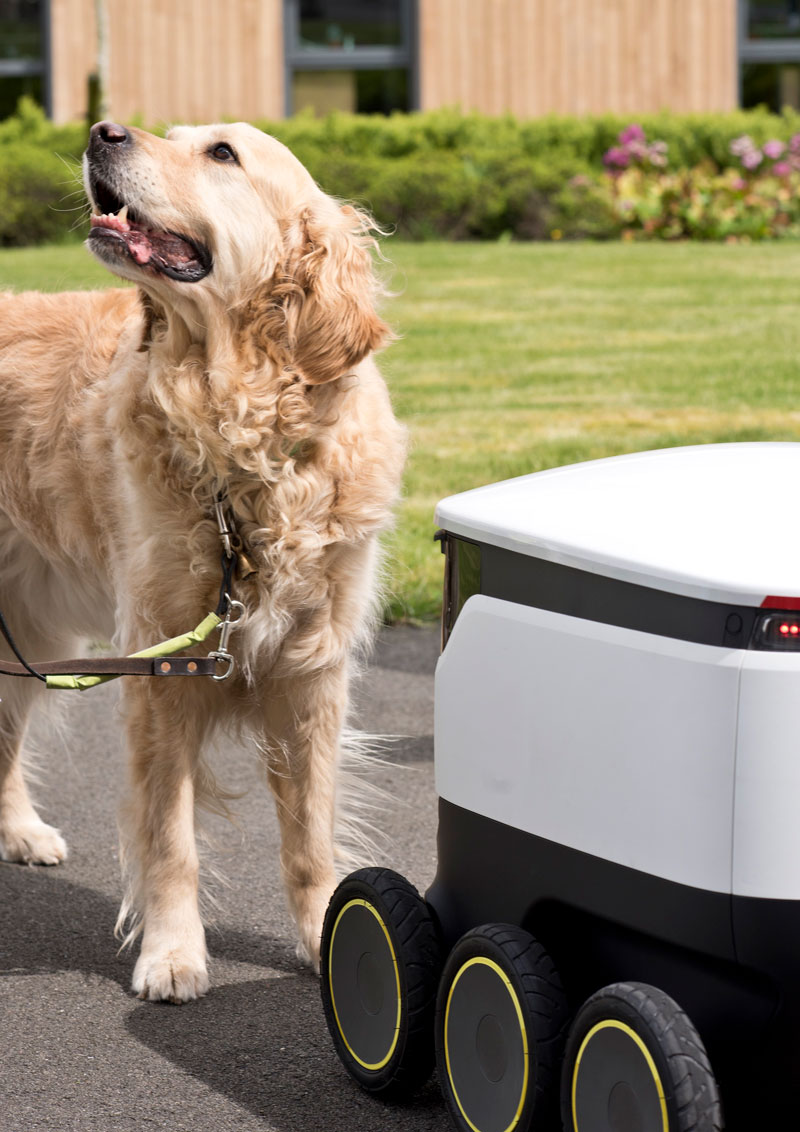 From this first project it appears that guide dogs treat such delivery robots just as they would any other obstacle on the street, however, with over 5,000 guide dogs on UK streets, it is important that any issues are identified.

Following the success of this project, Starship now plans to expand the initiative to see how such robots could impact the everyday lives of a host of people with visual impairments, including those who use guide dogs.