The Verdict team has been hard at work throughout 2021, bringing you the tech business news and always trying to add an insight or a piece of data you wouldn’t have found elsewhere. With mere hours left of the year, we’ve picked out 10 top stories we thought were especially interesting – if you remember nothing else about tech from 2021, you might want to remember these:

Decacorns are the new rare beasts roaming the startup plains

It used to be that unicorns were a rarity. However, unlike their mythical namesake, privately owned startups valued at over $1bn are now becoming ubiquitous. And if something is commonplace, is it really something worth celebrating?

Back in 2000, there were only 39 unicorns in the world. Fast-forward and two decades later there are 826 unicorns worldwide, as of 31 August 2021, according to GlobalData’s thematic research. That’s a twenty-one-fold increase since 2013 and represents a 46.5% compound annual growth rate.

Those thoughts led us to suggest in November that maybe founders nowadays should save the champagne until their startups are worth $10bn. Check out the story and decide for yourself if decacorns are the new fantastic beasts of venture capital.

Cryptocurrencies have truly been one of the biggest evolving stories of 2021. Digital monies such as Bitcoin, Dogecoin, Ether and Floki have been on a roller-coaster journey throughout these past 12 months. They have been traded at record highs and then fallen to new lows. There’s even, sadly, a cryptocurrency called Omicron, just like the Covid-19 variant that’s haunting our society right now.

At the same time there have been many initiatives from regulators around the world, seeking to tame the wild world of cryptocurrency and protect investors.

Among all these headlines, there’s been the suggestion that Bitcoin and the others contribute to global warming by causing huge carbon emissions. Headlines that suggests that “Bitcoin uses more energy than Argentina” and that Bitcoin’s “jawdropping” consumption “rivals London’s” have been common.

However, this is not strictly true. As Lewis Page found out in March, Bitcoin mining actually accounts for considerably less than a thousandth of humanity’s carbon emissions. Other coins based on proof-of-stake rather than proof-of-work tech are even less energy-intensive, and it is at least possible to power coin mining using zero-carbon electricity – unlike actual real carbon-intensive activities such as steelmaking or aviation.

So why the headlines? Well, it seems like some journalists forget to take little things like steel, traffic, heating etc into account. The Verdict team is not among those reporters and constantly goes beyond the headlines to find out the facts. That is why we count this as a solid contribution to our top 10 list of stories from 2021. 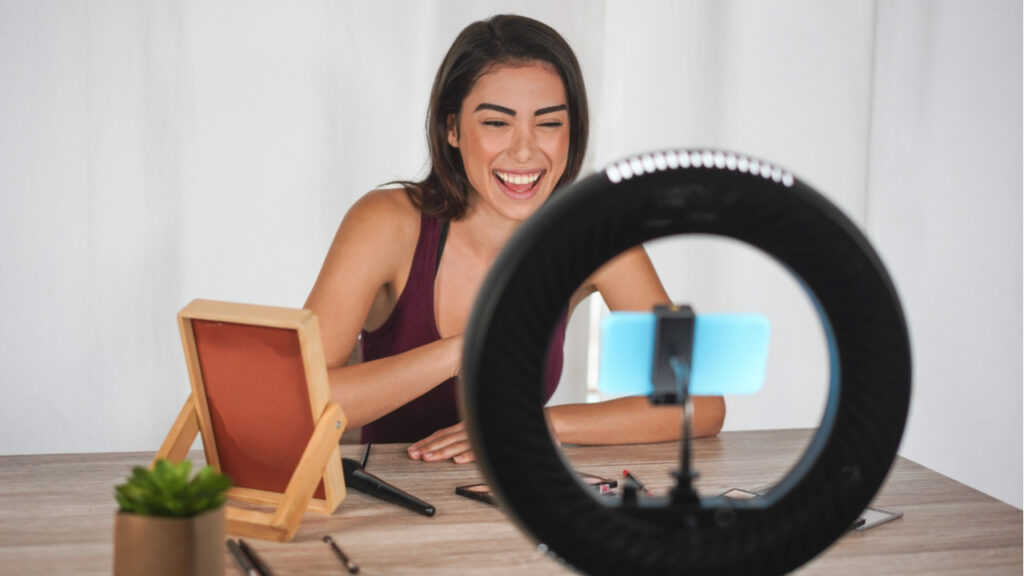 Watch out Amazon, TikTok is coming for you with short-video ecommerce

Ever heard of 618? If not, don’t worry. June 18 is, so far, just a massive cybershopping extravaganza in China. But as such, it’s also an opportunity to check out the latest ways brands try to peddle their wares to online shoppers.

That’s exactly what Elles Houweling did this summer. As it turned out, short TikTok-style videos are moving astonishing amounts of product. Douyin (China’s version of TikTok) and similar apps Kuaishou and Xiaohongshu are rapidly making their mark in the world of ecommerce by merging entertainment and shopping in a highly successful manner.

We believe short-video marketing could seriously upset the online shopping applecart in West, as it already has done in China. So Amazon might need to start working on those Tik-Tok dances. 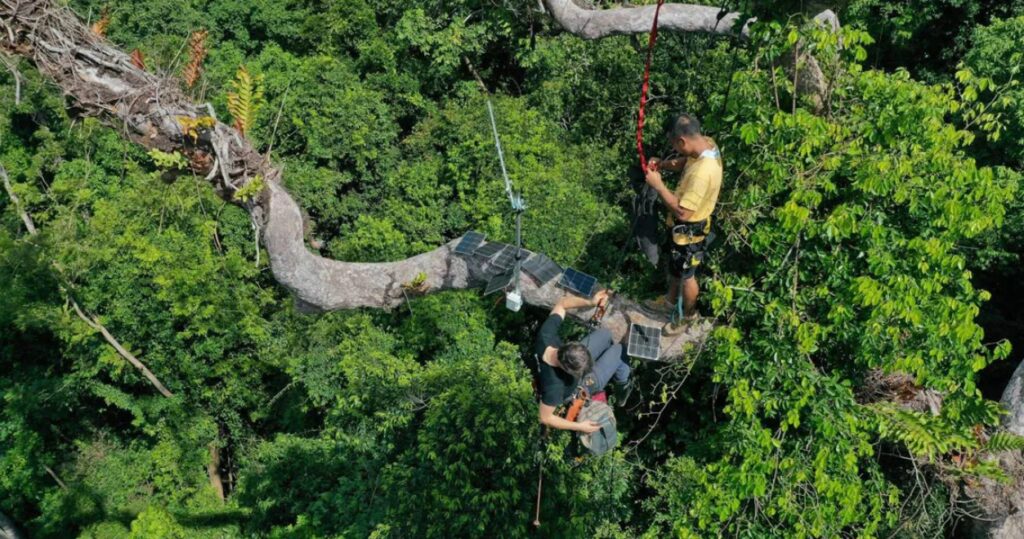 Guardians of the Rainforest: The power of AI in combating illegal deforestation

Old smartphones are not usually linked to the protection of the environment – quite the opposite, actually. However, in November we showed how old cellphones can be used to power cutting-edge artificial intelligence (AI) technology aimed at protecting rainforests from illegal logging.

Elles Houweling’s deep dive into the Rainforest Connection, Osa Conservation and Huawei’s collaboration against illegal deforestation is a must-read in the dark winter days. Check it out and find out why we believe that story deserves a spot on the list from 2021. 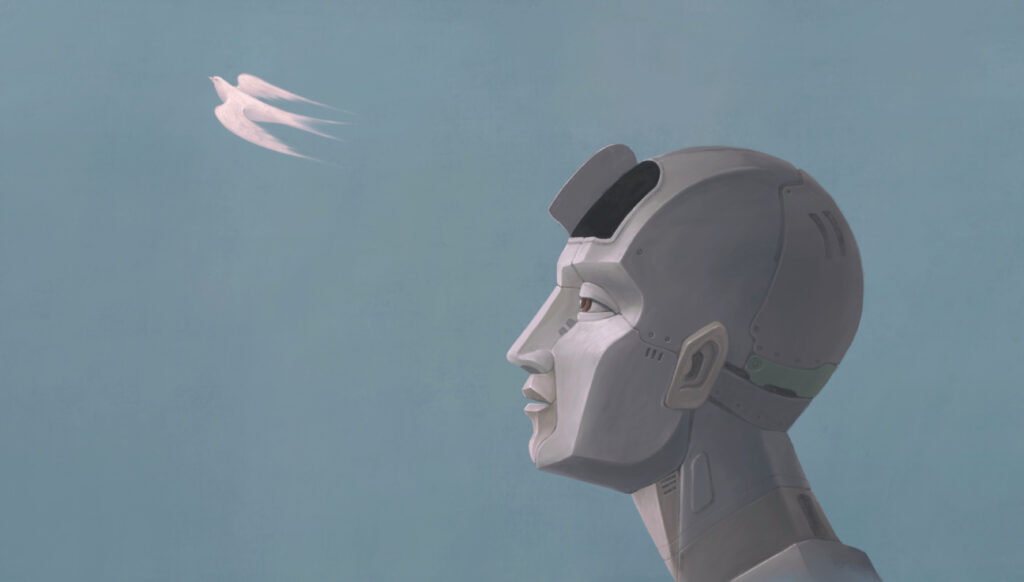 Why is AI an obsession for business insiders?

In a year when Facebook rebranded to Meta to highlight its ambitions to become a metaverse company, it may be surprising to hear that business leaders are still worrying about AI.

However, that is exactly what a thematic survey published in October 2021 seemed to indicate. Despite the metaverse pushing augmented reality to the foreground of people’s consciousness, AI proved to be the technology most decision-makers believed would disrupt industries most in the years to come.

With that in mind, Giacomo Lee investigated why AI is still keeping CEOs up at night. The fact that he did so whilst avoiding making any references to the Terminator franchise has cemented the story as one of our top 10 stories from 2021. 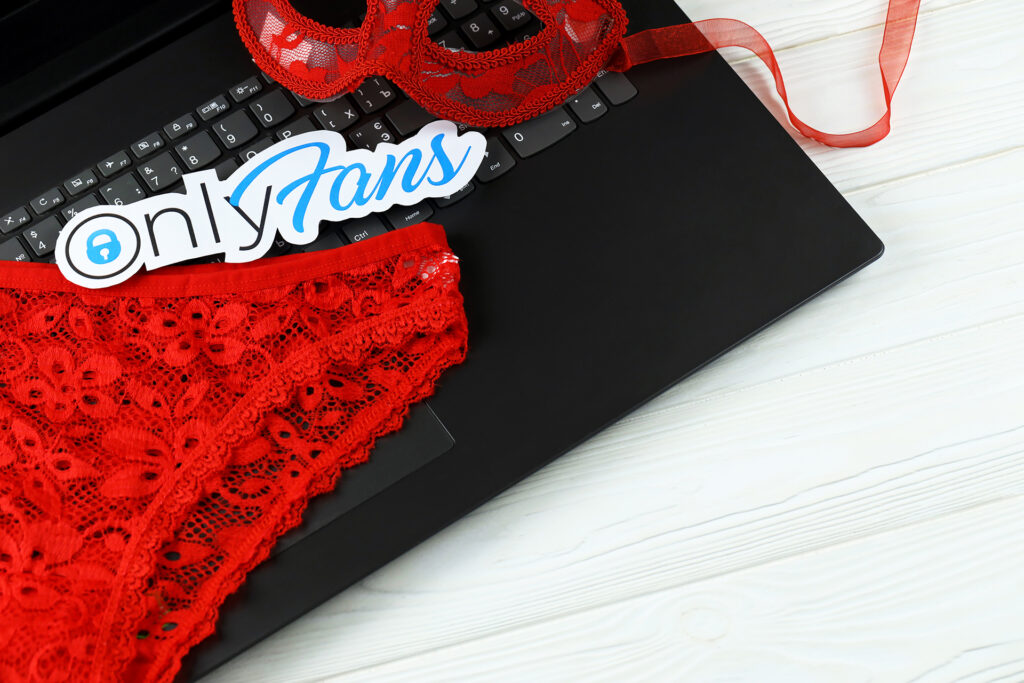 OnlyFans ban: The banking sector has become the pornography regulator

In August, OnlyFans banned and then unbanned pornographic content on the content creator platform. Eric Johansson laid bare how the financial sector had created the situation.

As we found out, the financial industry have form when it comes to cutting off people working in so-called vice industries like gambling or pornography – industries that are perfectly legal.

Want to know why? Check out the story and find out why it made our top 10 list of stories from 2021. 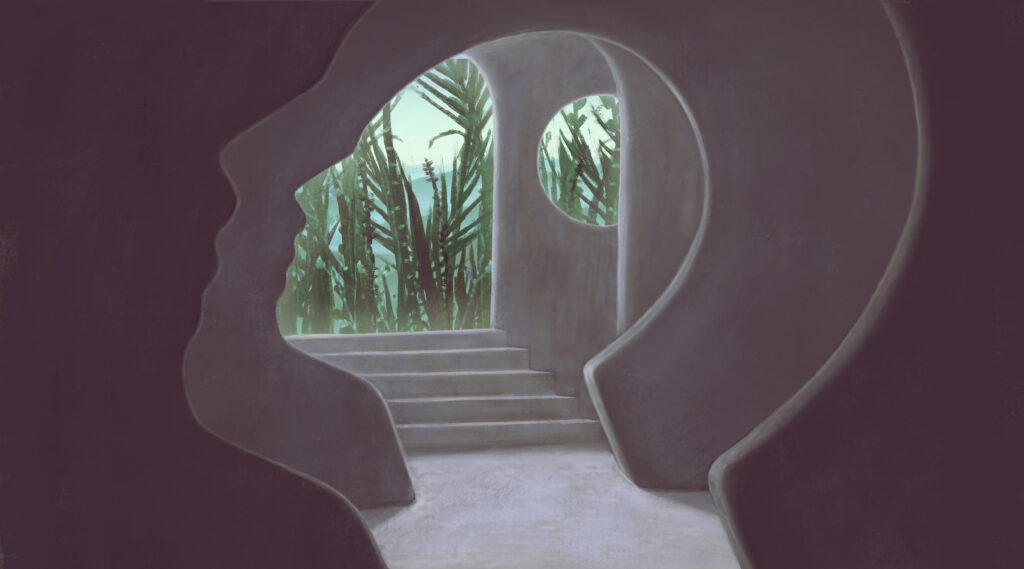 Psychedelics and mental health: This may be the next big thing in pharma technology

Virtual therapy got a big boost last year from meditation apps like Headspace and Calm, luring the user into a meditative state using words and music. In the midst of a global mental health crisis, it should be no surprise many of us are seeking such digital tonics: A report by GlobalData on mobile health apps estimates a combined total of 90 million users for meditation apps Headspace and Calm as of June 2020.

However, with psychedelics shaking off some of the stigma from the 1960s hippy counterculture, these apps may soon provide another shot of joy for the mental health industry. Giacomo Lee found out more in this feature from November. Check it out: another of our top 10 stories from 2021. 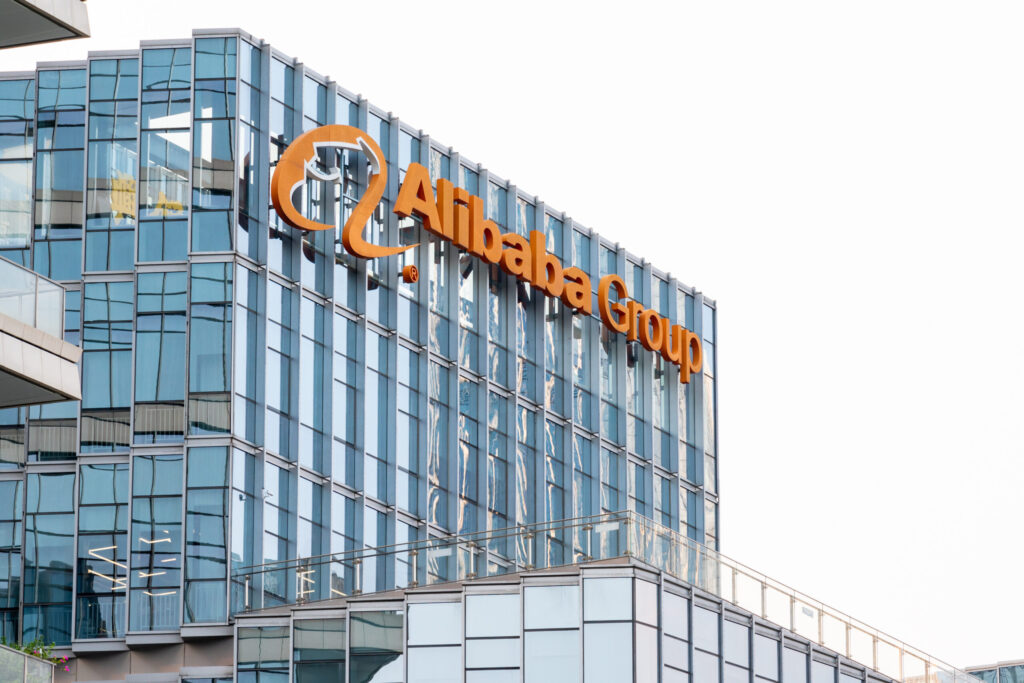 The tech industry has had its fair share of sexual harassment stories over the years. 2021 was no exception. However, one alleged case of sexual assault at Alibaba turned our heads in particular – and not in a good way.

Elles Houweling tells how one female Alibaba employee brought the scandal to the public eye by publishing a harrowing testimony about an alleged sexual assault on social media. The story also highlights that while the #MeToo movement has made some headway in China, it still has a long way to go.

The female employee was fired from Alibaba in November, with the ecommerce giant accusing her of spreading false information about the company that hurt the brand. 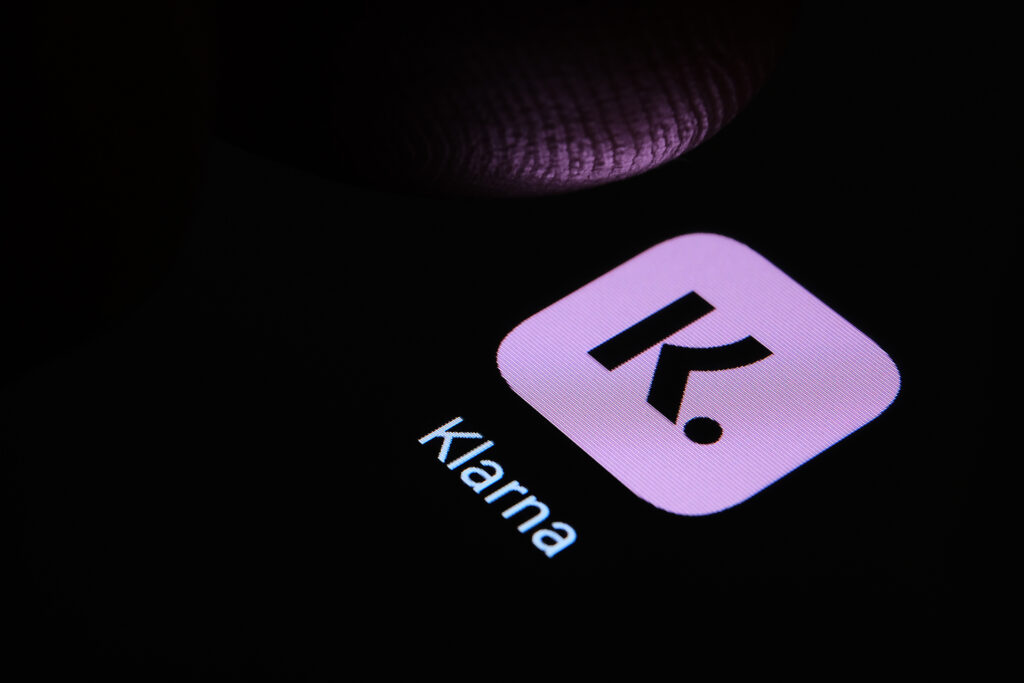 37 Buy-Now-Pay-Later companies you need to know about

The buy-now-pay-later (BNPL) industry is booming, but keeping abreast of all the players in the industry is far from easy. And it’s not getting any easier. Thanks to Covid-19, online shopping has grown in popularity and, as a result, so has the BNPL space.

The BNPL industry is expected to keep growing to be worth $166bn by 2023, according to GlobalData’s thematic research. Looking further ahead, it could even reach a valuation of $3.98tn by 2030, according to Allied Market Research. In other words: it’s time to start taking BNPL more seriously.

To help our readers stay on top of this evolving sector and the different players in it, Eric Johansson wrote a "who's who" list of the different shakers and makers of the BNPL industry, and he updates it regularly. This has been one of our most read stories of 2021, and is definitely worthy of a spot in the top 10. 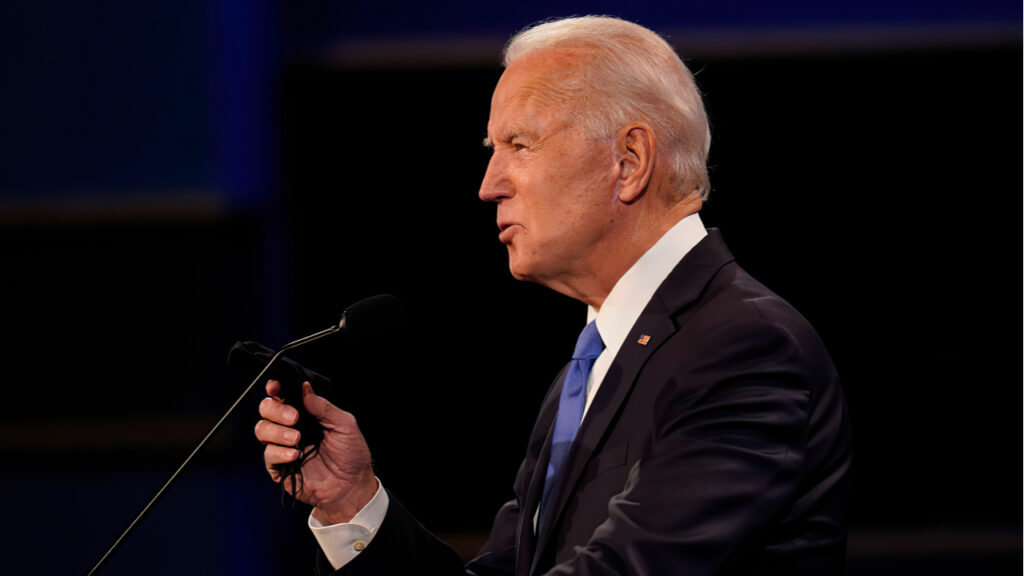 Lewis Page took this opportunity to explain not only the carrots that persuaded countries like Ireland to fall in line, but also the sticks the US could threaten them with if they didn't. He also noted that the new tax reform could be the end of digital services taxes other countries had proposed against Silicon Valley giants.

If you're just a tad interested in the way power diplomacy really works, the story is a must-read.