The Hong Kong Stock Exchange is set to announce the final rules under which ‘innovative’ companies can be listed.

Planned changes include: allowing companies which focus on new technologies to list with dual-class share structures, allowing biotechnology firms that have yet to generate revenue to apply for listings, as well as permitting companies listed overseas to have secondary listings in Hong Kong.

The Hong Kong Stock Exchange hopes that permitting dual-class share structures will attract technology giants, who have previously avoided listing on the venue.

These structures are favoured by tech firms because they allow them to sell shares whilst letting founders and management, who hold shares with enhanced voting power, to retain control.

The dual-share structure is likely to be subject to certain conditions.

One expected requirement is a 10 billion Hong Kong dollars minimum market capitalisation. Extra voting rights could also disappear in some circumstances, to prevent voting control passing down between generations. 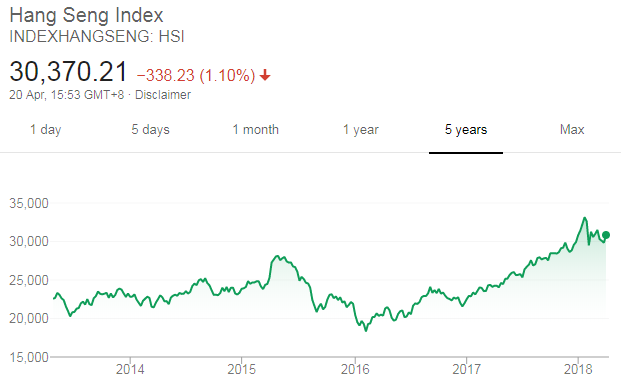 In the past, limitations on which companies can list on the Hong Kong Stock Exchange has led fast-growing Chinese companies to seek initial public offerings elsewhere. Alibaba, the Chinese technology titan, had a record-breaking $25 billion flotation on the New York Stock Exchange in 2014.

Hong Kong hopes that its new changes will prevent it missing out on opportunities like this.

By agreeing to host the IPOs of pre-revenue biotech firms, Hong Kong is trying to emulate the openness of other stock exchanges such as New York and Shanghai.

However, it typically takes a long time for clinical-stage firms to take their products from the laboratory to patients on the market. Hong Kong’s new rules intend to attract these emerging firms and allow homegrown businesses to develop on Chinese stock markets.

Speaking to a forum this morning, the Hong Kong Exchanges and Clearing chief executive Charles Li Xiaojia said that he was confident the changes would also encourage big name companies such as the oil firm Saudi Aramco to seek listings in Hong Kong.

Once the exact details of the new rules are announced on 24 April, they will come into effect from 30 April.