Samsung kicked off IFA 2017 with the announcement of Gear Sport, a smartwatch aimed at fitness fanatics.

This gave techies an idea of what is to come over the next six days, with the likes of Sony, LG, Panasonic and FitBit set to announce new products and provide more details on their upcoming goods and gadgets.

As one of the longest running and Europe’s largest consumer tech exhibition, with approximately 250,000 attendees annually, plenty of exciting announcements are likely to be made during IFA 2017. 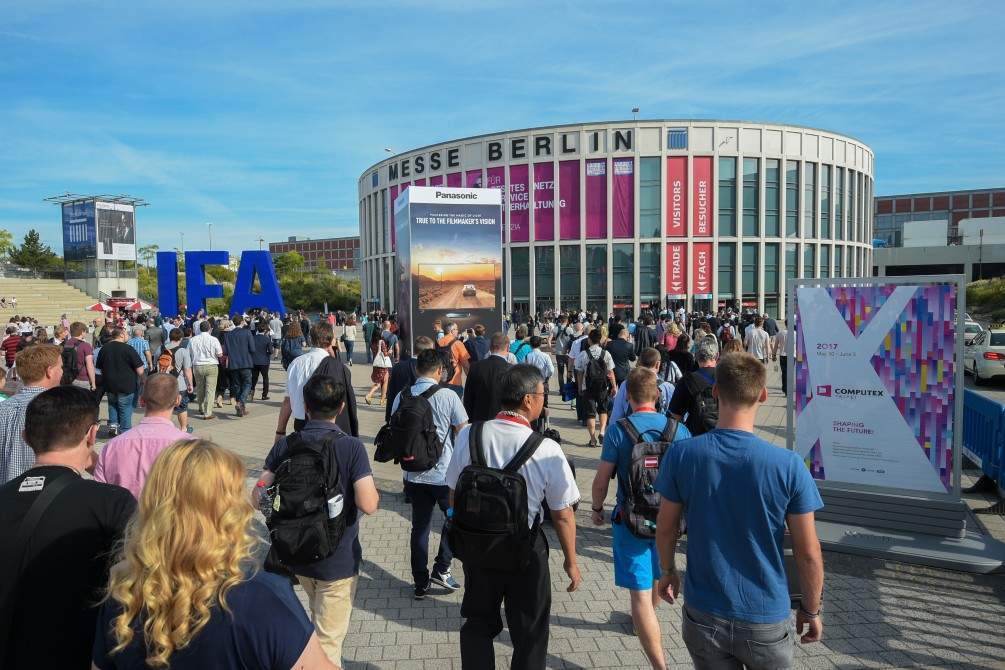 IFA will kick off in Berlin, Germany on September 1. The event will run for a total of six days, concluding on September 6.

In total, 1,800 exhibitors will be setting up stall at the event in order to present their latest products to the masses. The industry’s biggest names, such as Microsoft, Sony, Amazon, Samsung, IBM, Panasonic and Dell, will all be allowing consumers to get their hands on new, upcoming products.

Computers, smartphones and tablets are likely to take centre stage.

Although, companies will also be displaying the latest televisions, gaming gadgets such as augmented and virtual reality devices, as well as household appliances such as fridges and washing machines.

Visitor tickets are available to purchase online at a cost of €13 per day.

The big announcements of IFA 2017 so far

IFA opened to the media on Wednesday, August 30. A number of major tech companies opted to unveil their latest products ahead of the show’s official September 1 opening.

With all of these devices expected to be on display throughout IFA 2017, these are some of the stalls worth checking out and the products that they have announced so far:

Likewise, they also announced new models of their Switch, Spin and Swift laptop/tablet hybrids, as well as the Chromebook 15.

Asus announced the ZenBook Flip 14, which will become the thinnest hybrid laptop on the market.

However, the Mixed Reality Headset was Asus’ biggest announcement. While largely the same, this will offer another Windows-compatible alternative to upcoming devices such as HoloLens and the Dell Visor.

Following the success of the Fitbit Blaze, the health-tracking wearables company have announced its smartwatch successor.

The Fitbit Ionic will possess many of the features that current Apple and Android wrist devices offer. Likewise, the company’s popular activity tracker will be built in.

LG confirmed that they would be releasing their new V30 flagship smartphone some time ago. However, they have waited until IFA 2017 to officially unveil their new device, complete with a 6 inch OLED screen and the ability to unlock the device using your finger, face and voice.

Is there still more to come?

While purely speculative, some are expecting more to come from Sony, who announced the Xperia XZ1 ahead of the event.

The tech giants unveiled the ZD9 4K High Dynamic Range Smart TV at last year’s event. They could opt for a similar move this year, with an updated model yet to be confirmed.

Likewise, Lenovo will officially launch the Motorola Moto X4 smartphone, as confirmed by a leaked image prior to the event. Details are scarce, but the mid-range handset will sit just below the Moto Z range.

HTC launched the HTC One A9 at last year’s show. However, a new handset is unlikely so soon after the release of the U11. Instead, gaming fans are hoping for an update on the Vive mobile VR headset which was unveiled earlier this year.

Speaking at the IFA Global Press Conference back in April, Dr. Christian Goke, CEO of the Berlin ExpoCenter where the event is being held, told attendees to expect “smart” to dominate IFA 2017.

With voice assistants growing in popularity, we can expect plenty of smart devices to come out of the event.

In fact, Panasonic has already announced the GA10 speaker, which comes embedded with Google Assistant. Likewise, Samsung announced that their Family Hub Smart Refrigerators will be getting voice control in the near future.