The UK has released its latest immigration figures, revealing a fall in how many Europeans came to the country since the UK voted to quit the European Union in 2016.

The number of people leaving the UK has also climbed to its highest level since 2008.

Nicola White, head of migration stats at the Office for National Statistics (which released the data), said: 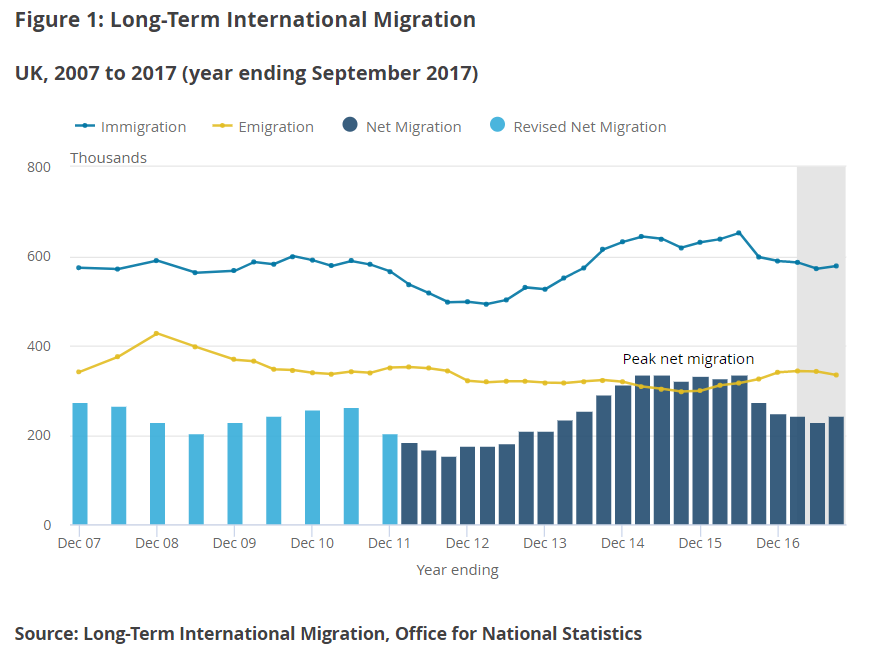 Fewer EU migrants coming to the UK for work

As more people leave the UK, fewer EU citizens are also coming to the UK looking for work.

In 2017 the number of EU citizens coming to work in the UK dropped by 58,000, driving the downturn in EU immigration.

Leading the trend was the number of immigrants coming from France, Germany and Spain, down 24,000, to its lowest rate since 2013, while people arriving from eastern European countries such as Poland was down 18,000, its lowest rate for work-related migration since their accession. 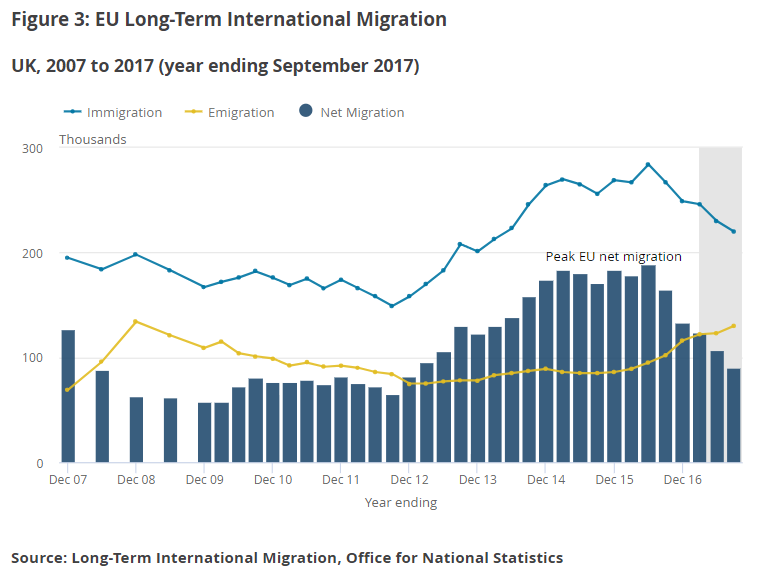 Indian nationals accounted for over half of all skilled work visas granted, whilst 40% of sponsored visa applications were applied for from the IT sector.

Despite a drop in 2016, the number of non-EU citizens arriving to study picked up again last year.

The UK also granted asylum or other forms of protection or resettlement to almost 15,000 individuals, 40% of who were under 18 years of age last year.

In September 2017, a total of 15,618 people were granted asylum, resettlement or another form of form of protection; this is similar to the previous year’s total of 15,433.