A giant satellite test chamber known as the Large Space Test Chamber has been installed in the UK that will expand the size and sophistication of satellites that can be made ready for launch.

Installed in the UK’s National Satellite Test Facility, located in Oxfordshire, the Large Space Test Chamber is 16m long, and designed to test spacecraft as big as a minibus and weighing up to 7 tonnes, as well as fleets of small satellites, in temperatures between -180°C and +100°C. 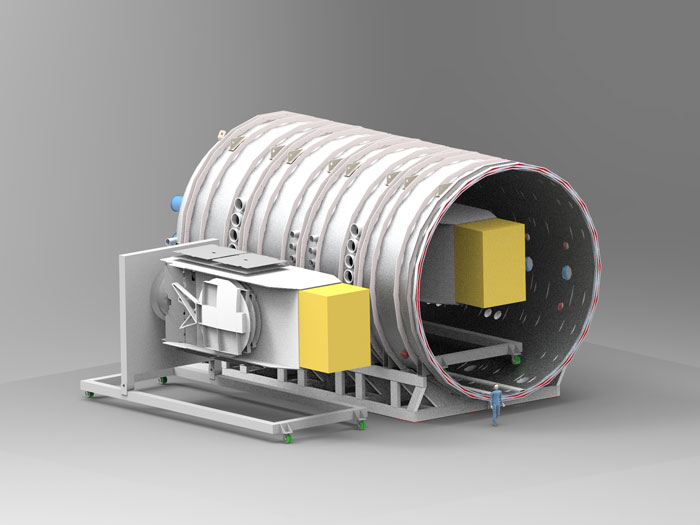 The facility is set to open in 2022, and will provide testing services for both British and international businesses as part of a wider bid to boost the UK space industry, which is currently worth £14.8bn.

It is hoped that it will in particular boost the competitiveness of UK businesses in bidding for space contracts internationally.

“The installation of the state-of-the-art satellite test chamber is a huge boost for the UK space sector and demonstrates our commitment to strengthening the UK’s national space capabilities,” said Dr Graham Turnock, chief executive of the UK Space Agency.

“The National Satellite Test Facility will make UK industry more competitive when bidding for national and international contracts and encourage new businesses to come here from all over the world.” 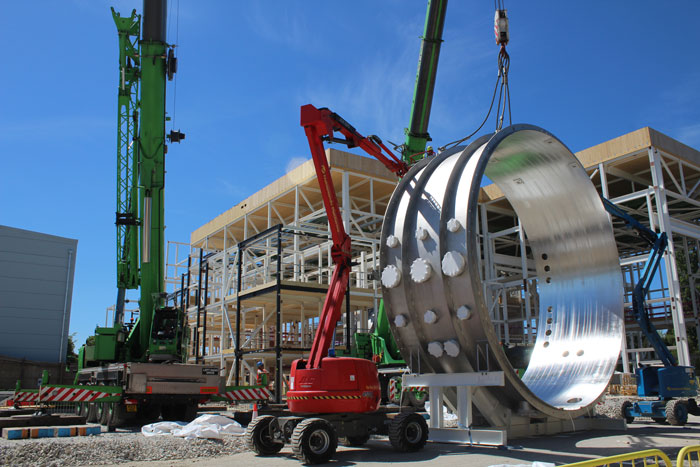 The installation of the satellite test chamber marks the end of a sprawling journey that started out in Massa Martana, Italy, where it was manufactured by Angelantoni Test Technologies.

Weighing more than 98 tonnes, the chamber had to be transported in sections, with 6 lorries carrying these across the 5,800km route. These were flanked by 6 police outriders and 5 support vehicles, forming a convoy that in the UK amounted to one of the single biggest road movements in the country’s history. 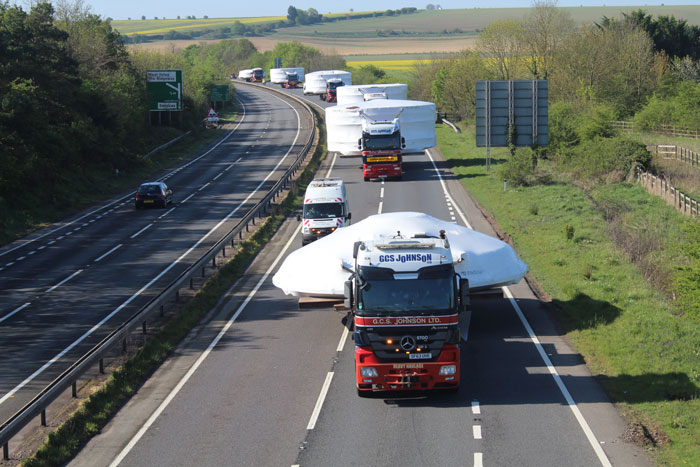 The Large Space Test Chamber had to be transported in sections on six lorries.

This was also achieved during the lockdown, with Professor Chris Mutlow, director of RAL Space, the space organisation run by the Science and Technology and Facility Council (STFC) that will be opening the facility, calling the move “an incredible feat of engineering and logistics”.

“The installation of a facility of this scale is at the best of times fraught with complexities but this has been made even more challenging because of coronavirus,” he said.

“I am delighted that the chamber has completed its epic 5800km journey and is now safely in position in the National Satellite Test Facility where it will offer a new capability to the space community as part of the only set of co-located space test facilities at this large scale in the UK.”

“The installation of the large space test chamber would have been an extraordinary endeavour at the best of times. In the current challenging circumstances, the team worked tirelessly through lockdown, first in Italy and then in the UK, to get the space test chamber into place,” he said.

“The final walls will now go up around the chamber and once complete, the National Satellite Test Facility will play a key role in securing end-to-end capability to build, test and launch satellites from the UK.”