Laver Cup black court – we’ve got everything you need to know.

What colour is a tennis court? Most people would say green, but if you’re in Prague this weekend, the answer is black.

Its organisers didn’t want to create yet another tennis tournament to squeeze into an already packed tennis season.  They wanted to provide fans something different.

With a format that sees two competing teams, Europe and World, clash on the court, they have certainly mixed it up.

However, that isn’t the only part of the tournament that deviates from the norm.

It's official. #LaverCup will be played on a black tennis court. pic.twitter.com/QTJNEKQXev

It isn’t unusual to see tennis tournaments select a unique colour for their courts.

Of the four Grand Slam tournaments, only Wimbledon is played on a traditional green court.

Roland Garros, the only Grand Slam played on clay, has that orange hue. Likewise, the US Open and Australian Open both use blue courts.

However, the court used at the Laver Cup this weekend will provide tennis fans with something that they’ve never quite seen before.

Looking for a unique look, the tournament’s organisers have confirmed that it will be played on the world’s first black tennis court.

It’s official. #LaverCup will be played on a black tennis court. pic.twitter.com/QTJNEKQXev

Speaking to the press ahead of the tournament, director Steve Zacks stated:

“We worked very hard to deliver the blackest court that’s ever been delivered. We made very special paint and we tested it three times under light,” Zacks said. “It’s gonna present beautifully.” 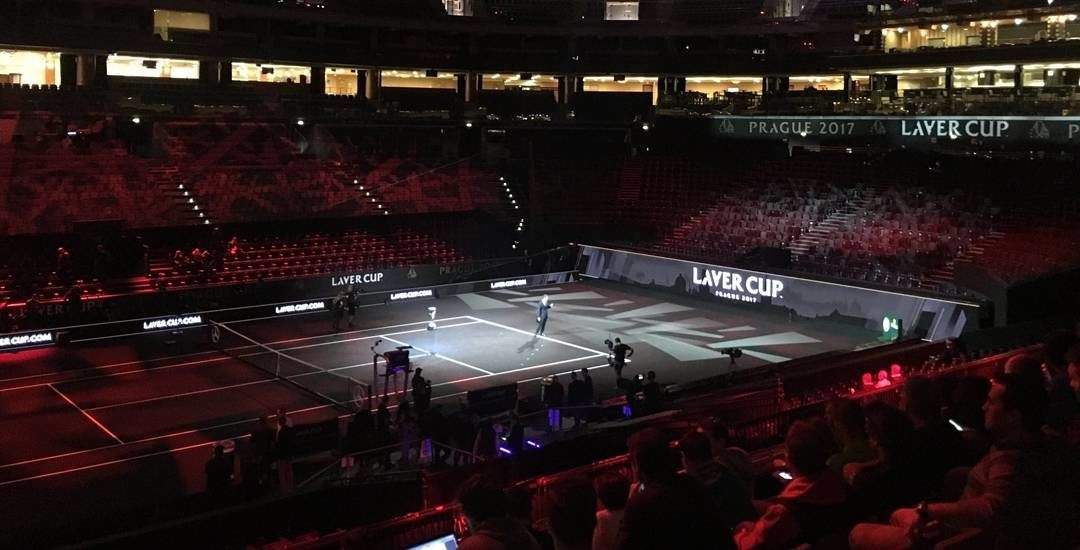 Aside from looking very, very cool, the organisers hope that it will help to improve the experience for spectators. It should making it easier to follow the ball movement for those further back in the stadium.

Likewise, the decision has likely gone down pretty well with the tournament’s sponsors, Rolex. The luxury watchmaker’s white logo stands out on Layer Cup black court far better than it would on a standard court. While unconfirmed, it is likely that they had some say on the matter. 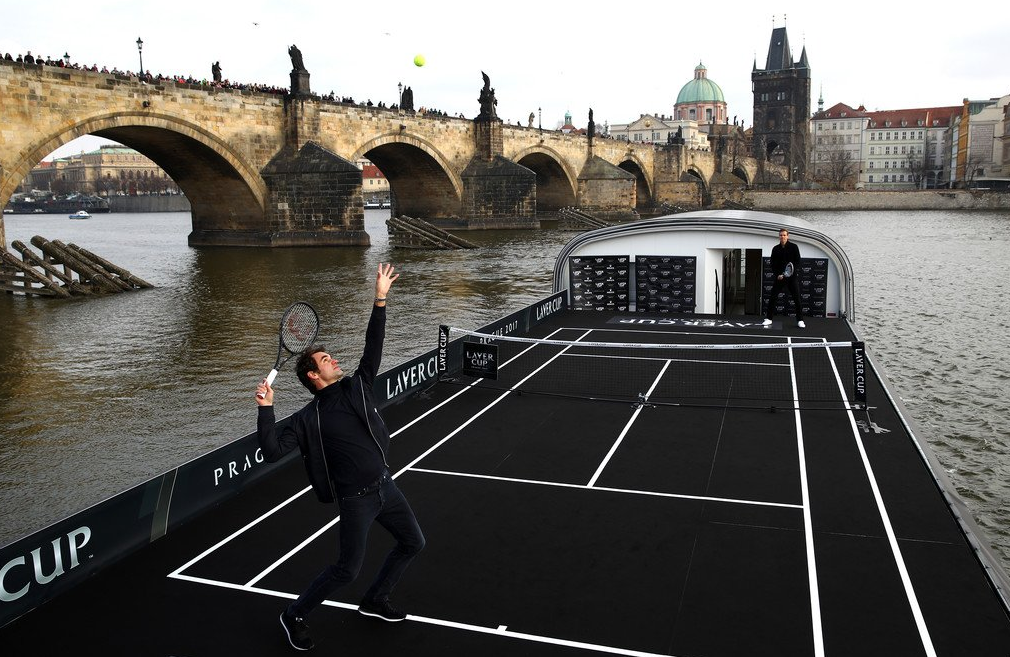 Roger Federer and and Tomas Berdych took to a similar court on the back of a boat back in February to promote the tournament.

Many balls went missing in the Vltava River, but the promotion seemingly worked, with sports fans eagerly awaiting the start of the tournament on Friday, September 22.

Topics in this article: Sport