As US president Donald Trump and Kim Jung-Un continue to trade insults over North Korea’s advancing nuclear weapons programme, fears mount that we could be heading for nuclear war.

As a result, the super-rich have contemplated going into hiding, with sales of luxury bunkers skyrocketing. Texas based bunker builders Rising S have experienced a 400 percent rise in sales following Trump’s election.

Custom made shelters aren’t cheap either — they range in price from the tens of thousands to the tens of millions.

Here are some of the best luxury bunkers on the market.

Starting at $34,999, Atlas Survival Shelters are at the lower end of the luxury bunkers market. With a 200 year lifespan, even if the owner doesn’t find a use for it, future generations still might.

Most models come with three or four beds, as well as a sofa, television and toilet. However, for those willing to splash out, bigger shelters are available, offering extras such as additional beds, gun racks and escape pods. The largest model, a 117 bed military complex, costs $1.4m. 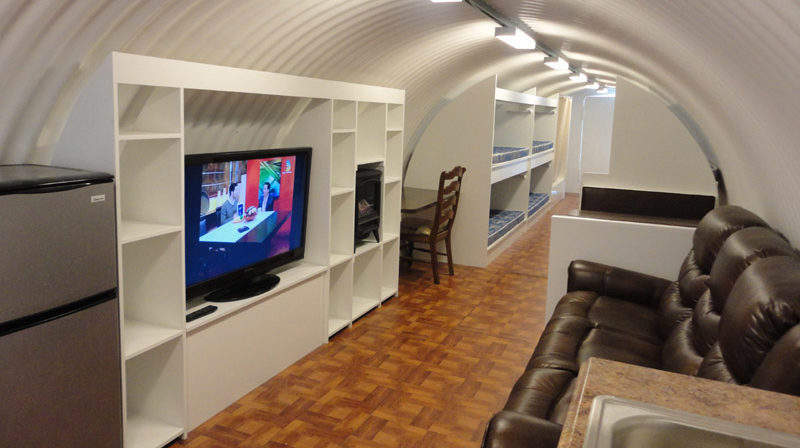 Survival Condo has built a number of doomsday homes inside a decommissioned Atlas F missile silo. These structures were built by the United States to house missiles. They are secure enough to withstand a direct nuclear attack, providing an excessive level of protection.

Your typical bunker might feature concrete walls coated in complete darkness. However, these luxury condos come with luxuries. Even access to electricity, clean water, food and fresh air isn’t an issue. Owners will also have access to the internet, a shop, bar, swimming pool, gym, dog park, movie theatre, school and library. Oh, and an indoor shooting range.

Survival Condo properties range from luxurious to extravagant. The biggest offering is a 3,600 square foot penthouse that can be designed and customised. Costing $4.5m, these properties come complete with high-end tech and appliances, as well as TV screen windows that simulate the outdoors to help owners forget that the world outside is now nothing more than a barren wasteland.

Trump-wary Americans have flooded Rising S Company with requests since the US presidential election a year ago. According to the company’s founder, Clyde Scott, even the president himself has approached him about the services that his company offers.

Rising S bunkers start at $45,000. All shelters come with bullet proof doors, air filtration systems and infrared security systems. These bunkers provide all the essentials. There are multiple bedrooms (enough to sleep 50), a well equipped kitchens, and living areas and bathrooms.

However, it is luxury that the company does best. The company’s most luxurious offering, The Aristocrat, transports your life above ground down under.

In terms of extras, these come with their own personal bowling alleys. Alternatively, there are gun ranges or games rooms, which comes complete with pool and ping pong tables. Likewise, there are gyms, swimming pools, as well as a large green rooms to grow endless supplies of food.

All that comes at $8.35m. Yet money will be obsolete in a post-apocalyptic future anyway, so you might as well invest it wisely now.

Survival community Vivos are building shelters around the world that they claim will be capable of withstanding damage from everything from terrorism to the effects of the sci-fi planet Nibiru that some doomsdayers claim will one day collide with Earth. Such an occurrence seems unlikely, given that there is no evidence of this rogue planet. However, it’s best to be prepared, as Vivos states.

Fearing impending doom, Vivos is currently building a network of bunkers around the world. Once completed, there will be shelters located in North America, South America, Europe and Australia, each with access to underground water sources, sewage systems and an abundance of food and supplies.

If completed, the Vivos project will offer one of the most luxurious post-apocalyptic living quarters available. Concept images show spacious bunkers complete with pool tables and screen windows that simulate the outdoors, allowing owners to effectively place the bunker wherever they please. Likewise, their luxury bunkers, located in Indiana, United States, will feature theatres, garden areas and gyms. 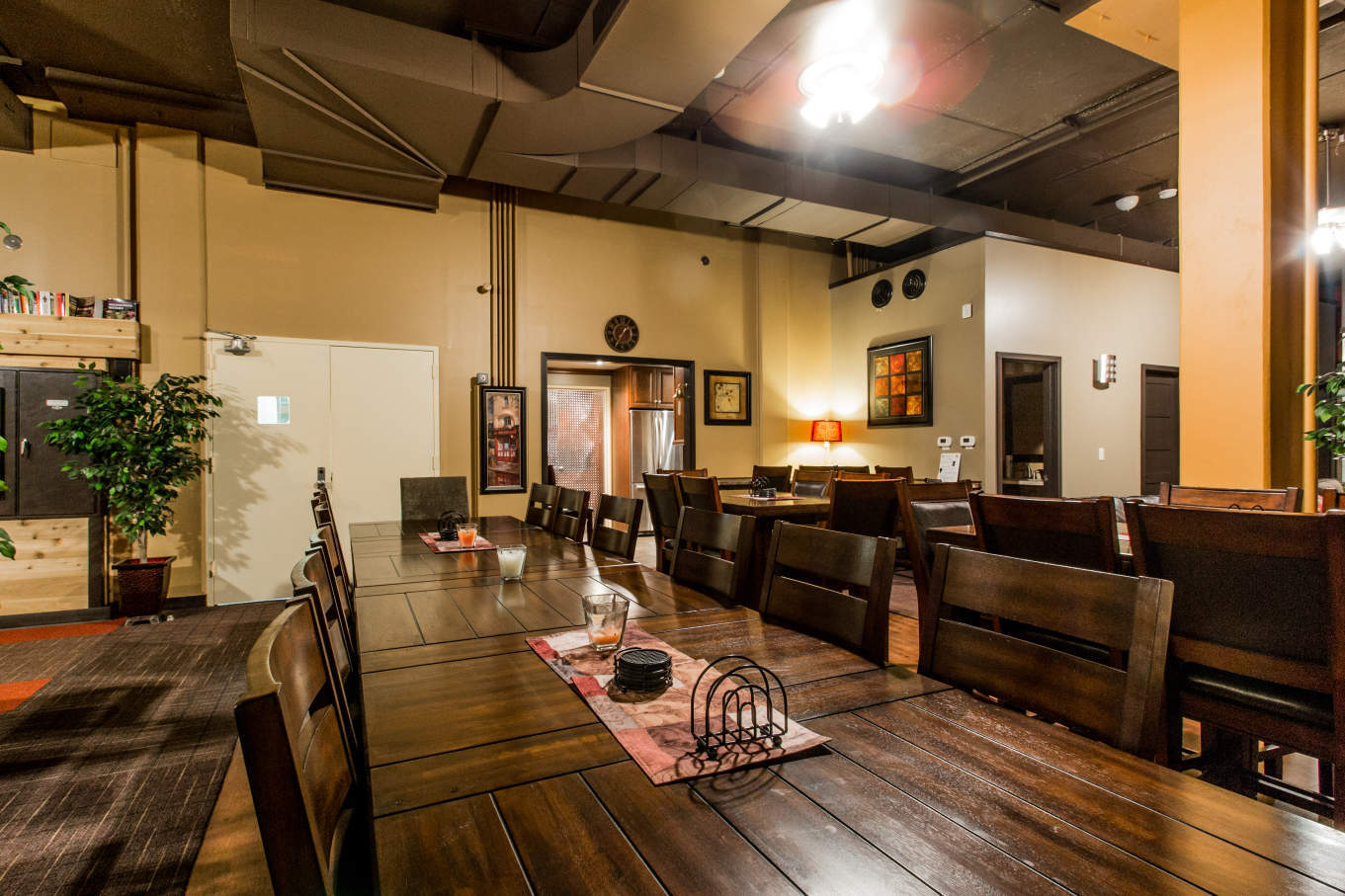 One of the coolest luxury bunkers on our list is The Oppidum — a secretive billionaire shelter in the heart of the Czech Republic. The property is so exclusive that people need an access code, only handed out to serious buyers, just to enter its website.

The property covers 323,000 square feet, offers protection from war, disease, disaster, terrorism, zombies and everything in between. However, owners won’t be living like The Walking Dead. Upon completion, the Oppidum will offer two floors of luxury living.

Referred to as the world’s most luxurious bunker, the Oppidum contains its own spa, swimming pool, cinema, library and bar. It even has a wine cellar to protect your vintage collection and a private vault for your rare artworks. There’s also an indoor park, complete with flourishing greenery, as well as screen windows to simulate the outdoors.

With enough food to keep owners and their family and friends going for ten years, the Oppidum sounds like the perfect place to live, regardless of global devastation. 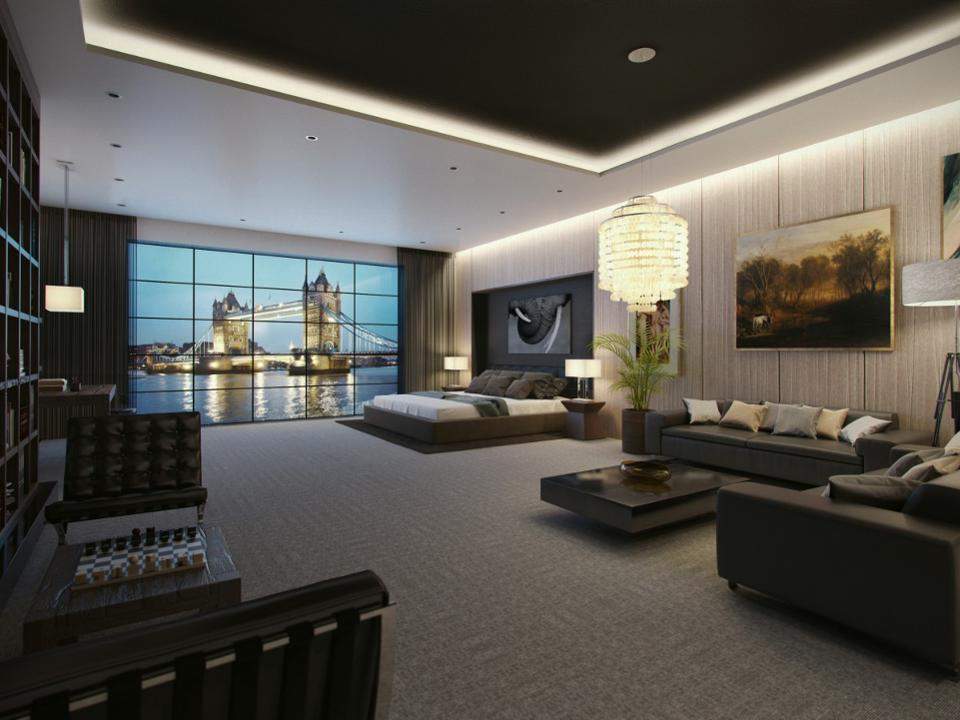