US investment bank Morgan Stanley was the leading financial adviser when it came to tech deals in the second quarter of 2018, according to exclusive league tables produced by Verdict’s parent business information company GlobalData.

The bank held a clear lead over other advisers both in terms of value and volume, with $118.4bn and 23 deals, respectively for the quarter. Close on its heels was Goldman Sachs, which advised on 19 deals valued at $98.1bn.

According to GlobalData, which uses its tracking of all merger and acquisition, private equity/venture capital and asset transaction activity around the world to compile the league table, JP Morgan finished third in the league of Top 10 Financial Advisers for ICT Deals.

Advising on all the top three highest value deals in the industry – T-Mobile US’ acquisition of Sprint for $59bn, Vodafone’s $22bn acquisition of 100% Stake in Unitymedia from Liberty Global and Bharti Infratel’s proposed $10.7bn merger with Indus Towers – put Morgan Stanley at the top of the ranking.

T-Mobile-Sprint deal was the game changer in the M&A financial advisers Q2 league table, as all the top 10 players were associated with it.

Credit Suisse is the only European player to have held its ground in the top five as all other advisers in the ranking are US banks. Japanese banks Mizuho Financial and Sumitomo Mitsui Financial are the two Asian players to have found a place in the top 10 list. 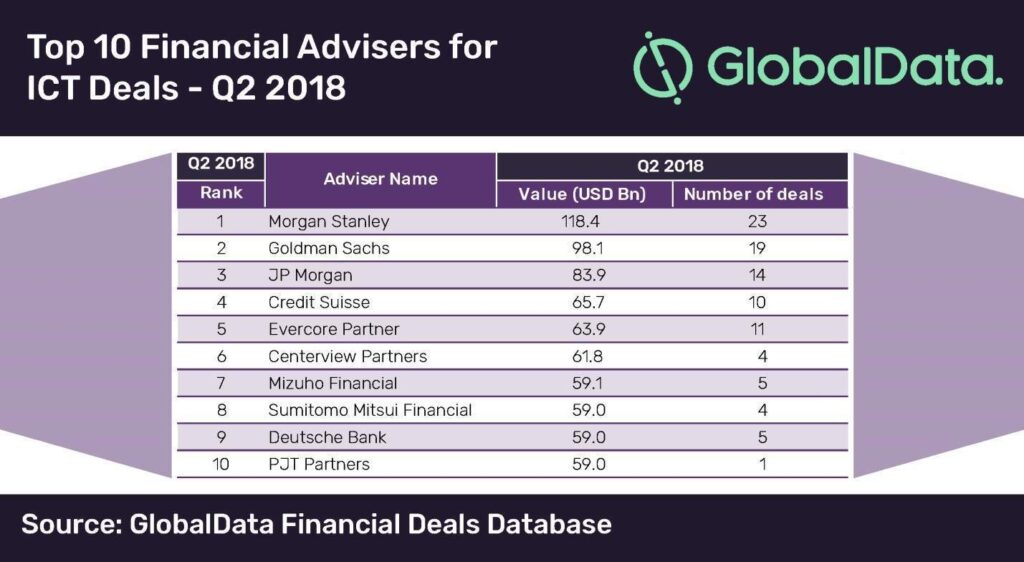 All announced deals count towards the league table compiled by GlobalData.

In terms of volume, Cooley and Goodwin Procter held an edge over the rest, with 19 and 18 deals, respectively. The two advisers held 6th and 5th positions in the rankings, by value, respectively.

Prakhar Baghmar, Financial Deals Analyst at GlobalData, said: “The difference in value is marginal among the top 10 players, primarily due to their common involvement in one big ticket deal – the $59bn acquisition of Sprint by T-Mobile US.” 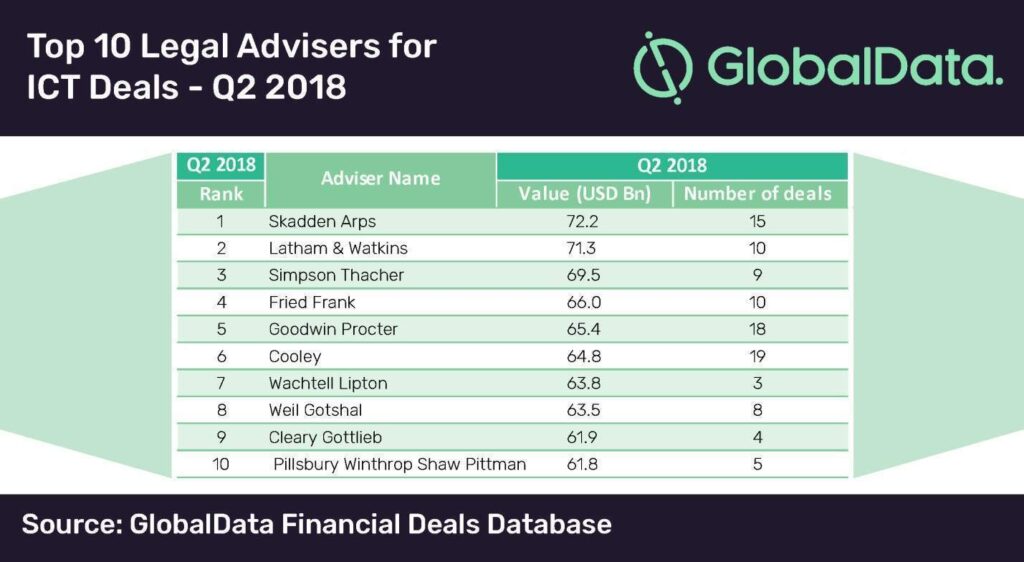