The most recent London tourism statistics show an increase in international tourists to the UK.

London has long been a popular tourist destination for visitors from all over the world. With iconic landmarks such as the Tower of London, the Houses of Parliament and St Paul’s Cathedral, it is obvious why tourists flock to the British capital.

London welcomed 5.5m international visitors, just in the second quarter of this year – April to June, a new record high.

The data showed visitors to the city spent £3.4bn ($4.5bn) during their trips, a 15 percent increase on the same time last year.

There was 30 percent rise in the number of visitors to London from North America.

With 976,000 visitors during April to June, 18 percent of all international visitors to London hailed from North America. The influx of visitors also aided a growth in spending too, the North American tourists spent £764m, a 23 percent increase since 2016.

The effect of the falling pound against the dollar means it is a lot cheaper for North American travellers to take trips to the UK.

It is fantastic news that growing numbers of people are opting to visit London to sample the best of our capital. London is open to the world and has an appeal that clearly extends across the globe with its cultural, sporting and historical attractions. North America is our most important market for tourism by a long way and we look forward to welcoming many more visitors from there and beyond in the months to come. 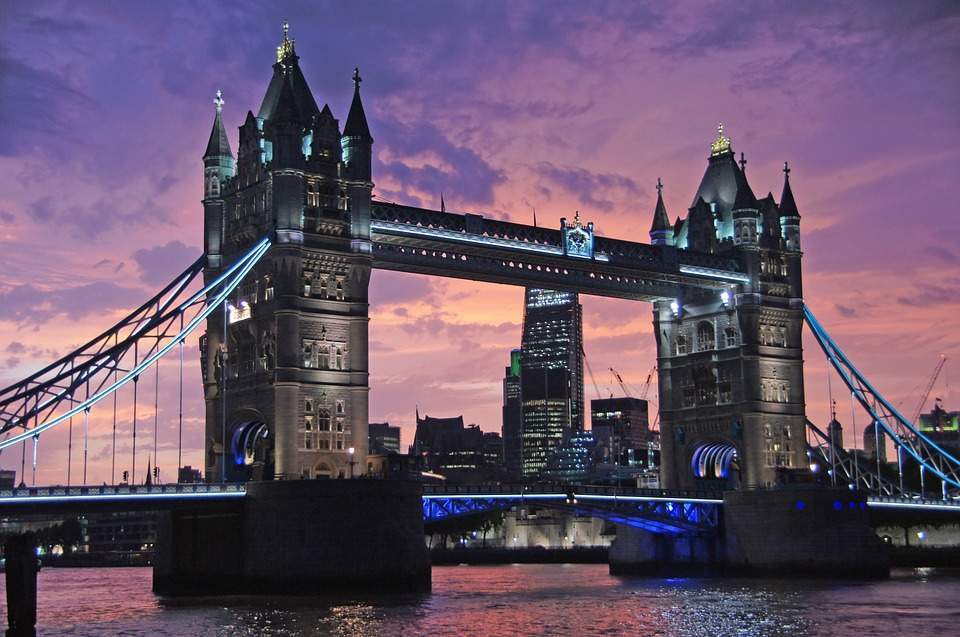 Tower Bridge is one of London’s most popular landmarks

In September, Mayor of London, Sadiq Khan, unveiled the future vision for London’s tourism. The plans outline there is expected to be one million more US visitors coming to London, annually, by 2025.

The tourism industry in London is worth 11.6 percent of the city’s GDP, and nine percent across the UK as a whole.

In London, 1 in 7 people work in the tourism sector. London accounts for 53 percent of all visitor spending in the UK. Additionally, the rest of England has 35 percent, Scotland 8 percent and Wales two percent.