The Big Apple will welcome belly laughs galore this week, as the New York City Comedy Festival returns for another year.

Since the five day show began back in 2004, the New York Comedy Festival has seen the likes of Ricky Gervais, Andy Samberg and Kevin Hart to the stage. This year’s festival will once again welcome some of comedy circuit’s star acts.

Previous years have seen more than 200 comedians descend on New York for the five day festival. With a total of 152 events and performances scheduled to take place at this year’s event, similar numbers are expected.

Equipped with quirky humour, quick wit and probably more than a few shocking quips, the New York Comedy Festival will undoubtedly unearth a few hidden gems. However, it is the big names that have taken centre stage ahead of the event.

The full schedule can be found on the NY Comedy Festival website, but here are a few of the stars that you can catch this week:

Maher doesn’t need a big production to make his audience laugh. His style of political (or often politically incorrect) comedy and commentary has been doing just that on its own for years. The veteran stand-up will do so again this weekend at An Evening with Bill Maher.

The Real Time with Bill Maher host will be taking to The Theater at Madison Square Garden on Sunday, 12 November at 1am London time. Find out more here.

Fresh off the film festival circuit, having played a part in Jeff Baena’s The Little Hours, Nick Offerman will return to comedy this weekend as he takes his Full Bush musical tour to New York. If the name hasn’t already given it away, the Parks and Recreation star’s performance is lighthearted, fun and just a little bit PG.

Offerman will be performing at the Beacon Theatre on Sunday, 12 November at 12:30am London time. Find out more here.

Better known as the Impractical Jokers, this four-piece comedy troupe has been entertaining television audiences with its Comedy Central prank show by the same name. Taking a break from embarrassing each other in public, they have recently taken their antics to the stage as part of their Santiago Sent Us tour.

The Tenderloins will be stopping off at the New York City Comedy Festival. They will be performing at Madison Square Garden on Friday, 10 November at 1am London time. Find out more here. 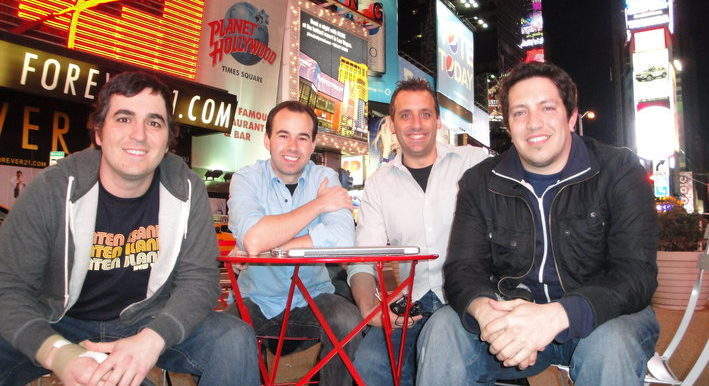 The RoastMaster General returns to the New York Comedy Festival to oversee three nights of head-to-head roasting. Jeff Ross’ insult-ridden stand-up performances earned him a starring role on Comedy Central Roasts, where he fired off comments at the likes of Donald Trump and Justin Bieber. While he won’t be in on the roast, Ross should have a few unkind words for his fellow comedians this week.

The RoastMasters shows will be taking place at The Stand on Tuesday, Thursday and Friday evening, with different guest comedians going head-to-head each night. Find out more here. 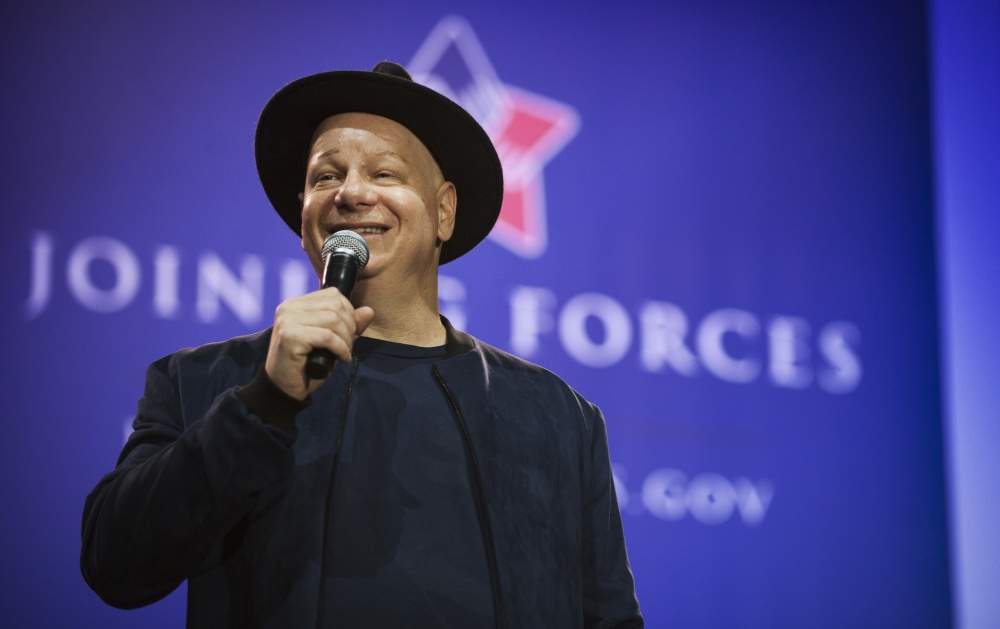 TV buffs will know him best as the host of Walking Dead talk show Talking Dead. However, it was his entertaining performances as a stand-up comedian on various Comedy Central shows that saw him move up the entertainment ladder.

Giving back, Hardwick will be present throughout the New York City Comedy Festival, putting on no less than six shows. He will be performing two shows each day on Wednesday, Thursday and Friday. Find out more here.

South African comedian Trevor Noah has been active on the comedy circuit for a number of years. However, he has really hit the big time since taking over from Jon Stewart as the host of The Daily Show in 2015.

Despite his busy schedule, Noah will be taking part in the annual Stand Up For Heroes comedy benefit, which aims to raise money for wounded veterans. He will be joined by fellow comedians such as Conan O’Brien, John Oliver and Hasan Minhaj as they look to add to the $40m that the event has already generated. Find out more here.