On 6 October, the 131st Nobel Peace Prize winner will join the growing list of figures and organisations to have earned their place in history by providing support and encouragement in the fight for world peace and fraternity.

The Norwegian Nobel Committee whittles down Nobel Peace Prize winners from hundreds of entries each year.

This process starts in September and ends in December the following year. Government ministers, university professors, and former winners are all eligible to suggest nominees.

The Nobel Committee revealed in March that 2017 had come close to breaking the record for the number of candidates nominated.

In total, 318 nominees have been put forward as potential prize winners.

This includes 215 individuals and 103 organisations.

Who is nominated for a Nobel Peace Prize this year? 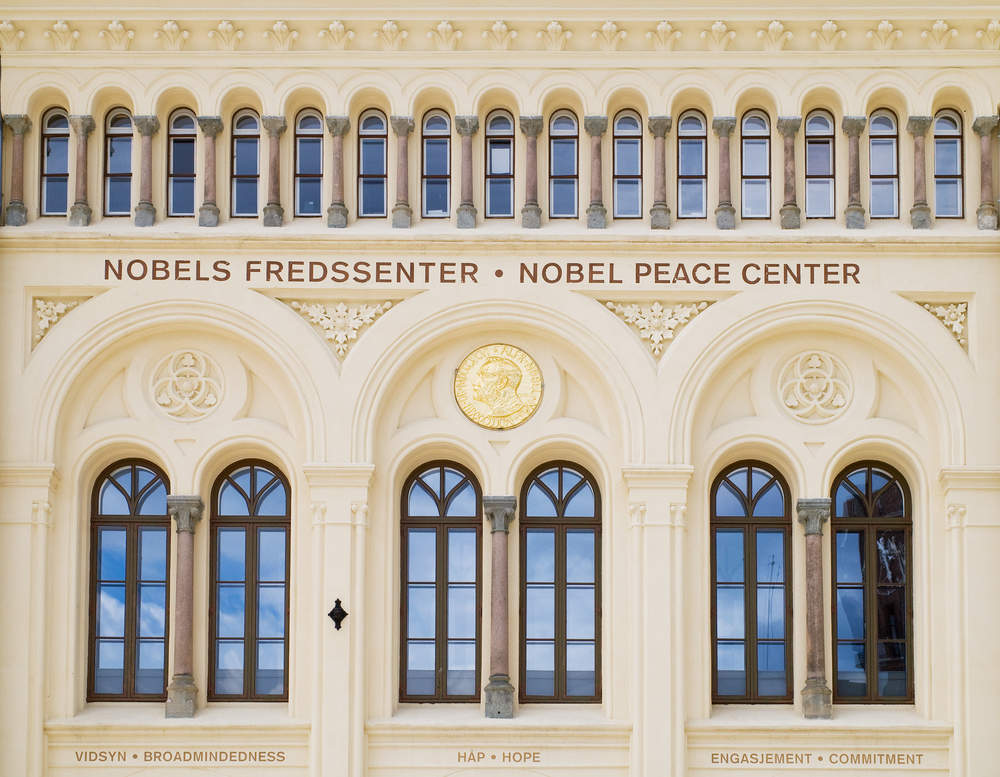 The Norwegian Nobel Committee never reveals the full list of nominated parties prior to the award. In fact, this information is kept secret for 50 years before it is made public.

However, there is nothing stopping those that submit the nomination from making their vote public.

As a result, some eligible voters have already revealed their nominees. These are some of the known candidates nominated for the 2017 Nobel Peace Prize.

It is likely that Pope Francis features on the list of nominees each and every year. Championing world peace is part of his job.

The head of the Roman Catholic Church has once again been shortlisted. Knut Arild Hareide, the leader of Norway’s Christian Democratic Party, put his forward.

Arild Hareide nominated Pope Francis as “he is one of the rare ones to stand up to Donald Trump”.

Tensions have escalated between Russia and the West recently.

Likewise, there have been accusations of civilian casualties following Russian airstrikes in Syria. That came after the annexation of Crimea back in 2014.

The President of Russia is far from the obvious choice for the 2017 Nobel Peace Prize. Yet, Fabien Baussart, the director of Paris based organisation The Center of Political and Foreign Affairs, revealed that he had nominated Putin back in December.

According to Baussart, Putin deserves the prize for his part in the fight against terrorism.

Masahide Ota passed away in June 2017.

However, he died knowing that his work to bring about peace and end conflict hadn’t gone unnoticed. Masahide Ota was revealed to have been nominated for the Nobel Peace Prize award just two months earlier.

The former governor of Okinawa, Japan, survived the Battle of Okinawa between Japan and the US in 1945.

Unsurprisingly, Ota was anti-war and strongly opposes the allowance of US military bases in Okinawa, where 62 percent of the US’ Japan bases are.

This goes against the views of the Japanese government, which is likely what earned him his nomination.

The Committee will officially reveal those nominated for the 2017 award in 2067.

However, experts have put forward a number of names which are likely on the list.

The Peace Research Institute Oslo has predicted that the American Civil Liberties Union (ACLU) will claim the prize. ACLU mounts legally challenges against controversial decisions made by US president Donald Trump during his time in the White House.

According to the Metro Trump is also a nominee, despite his divisive opinions and controversial comments. According to the report, an anonymous American put his name forward for his “peace through strength ideology”.

The White Helmets, a volunteer organisation that provides emergency support in war-torn Syria, are likely on the list once again this year. Similar reports emerged in 2016.

Topics in this article: awards