As customers shift to online banking, RBS announced today that it will close 259 branches across the UK.

This has created the expected backlash, with the bank — over 70 percent owned by the taxpayer — having to defend its decision to close branches that no one uses.

But to try to mitigate the outrage, RBS has created a special task force to help customers who have trouble using online or mobile banking.

So-called community bankers work across the UK with a particular focus on rural areas.

Paul Geary, a NatWest community banker based near Manchester, said:

I interact with customers in a number of ways, everything from private appointments to open drop-in sessions and financial education events. I help customers in Saddleworth with personal banking, as well as getting them access to the the right banking options for their needs.

By the end of 2017 there will be 55 NatWest and Royal Bank of Scotland community bankers across the country.

People in the UK will only visit a bank branch four times a year by 2022, according to industry analysts CACI forecasts.

How popular is online banking?

Some 63 percent of people in the use online banking regularly, a proportion which has increased steadily over the past decade. 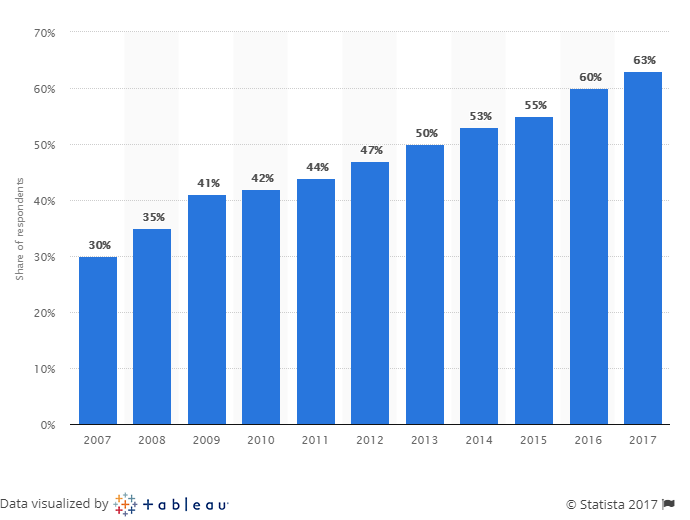 In September, RBS avoided the forced sale of its Williams and Glyn brand. It will instead spend £833m to pay business customers to switch their accounts to competitors and to fund rivals’ growth ambitions.

The closures will affect 62 Royal Bank of Scotland and 197 NatWest branches.

It is not the first time that RBS, which is 72 percent-owned by the taxpayer, has announced plans to shut branches.

In March, the company said it was closing 158 local bank branches, following 191 closures over the previous two years.

RBS said shutting branches would enable the company to invest in the company’s offerings for mobile, given that the number of its customers making mobile transactions has increased by 73 percent since 2014.

Including the branch closures announced today, RBS has cut more than one-third of its UK branch network since the start of the 2017.

More and more of our customers are choosing to do their everyday banking online or on mobile. Since 2014 the number of customers using our branches across the UK has fallen by 40 percent and mobile transactions have increased by 73 percent over the same period. Over 5 million customers now use our mobile banking app and one in five only bank with us digitally.

RBS is not the only banking giant to respond to the increasing popularity of online banking by shutting branches.

Big UK banks signed up to a protocol in 2015 to minimise the impact of branch closures. They agreed to make sure that trained staff are on hand help customers find alternatives when a local branch is closing and can use a Post Office to withdraw cash and pay in cash or cheques.