This weekend’s Oscars ceremony will be the 90th edition of the most famous awards show in the film industry.

The show has been held every year since 1929, including all the way through the second world war. There were two award shows in 1930, which is why we’ve already reached the 90th show in 2018.

Over the years the awards show has seen various different iterations, updates, and changes. Whole categories have come and gone, the format has changed, even the design of the statuette itself has subtly shifted over the years.

So, as the Oscars hit 90 we look back over its history, to see what has changed over the years.

A history of the Academy Awards:

The Academy Awards began to give out awards in 1929 to celebrate the achievements of films from 1927 and 1928. The first ever awards show was quite different from today’s variation.

It was hosted by the president of the Academy, Douglas Fairbanks and only 15 statuettes were given. It also took place on 16 May, rather than its modern late February/early March date.

The first one wasn’t exactly an award show either. It was more akin to a gala dinner. Tickets cost $5 (akin to around $71 in modern currency) and the event was invite-only.

It only took 15 minutes to hand out the every single one of the awards. It was also the only Academy Awards that was not broadcast by any means.

In general, there is usually only one winner of each award at the Oscars. However, the Oscars do prepare extra statuettes in the event of a tie. The most recent tie was in 2013 when Zero Dark Thirty and Skyfall were tied for Best Sound Editing.

Moving towards the modern awards:

The third Academy Awards were the first to have a list of official nominations.

It wasn’t until the seventh Academy Awards that the Academy formalised the eligibility period, and limited it to a single year: 1 January to 31 December. From that year to now, every film nominated at the Oscars must have been released in that period of the previous year to the awards show.

From this point on, all Academy Awards have been held around February or March.

The 11th Academy Awards were the first ‘Oscars’. That is to say, they were the first where the Academy officially recognised the nickname for their statuettes; the Oscars.

The 12th Academy Awards were the first in history to honour a colour film, Gone With The Wind. Also significant is the fact that the 12th Academy awards marked the first ever African-American winner of an Oscar.

The next biggest moment in Academy Awards history was 1953’s 25th Academy Awards. This was the first ever awards show which was televised with NBC having that honour.

In the years in between, various categories have come and gone from the awards show, but it’s format has remained largely consistent over the years.

Categories at the Academy Awards:

As of the current Academy Awards there are 24 different awards presented at each ceremony. These have been consistent since 2001 when an award for Best Animated Film was added. The current categories celebrate:

Also, technically there’s an award for Best Original Musical on the Academy’s books. However, due to the lack of eligible films, it has not been awarded since 1984.

Over the years there have been numerous Academy awards categories that have been retired. Usually that’s because these categories have been absorbed into other categories, although occasionally there doesn’t seem any real reason for retiring them.

These are the discontinued categories:

Every year the Academy chiefs meet to discuss adding new categories to the Oscars line-up. So far, they have only ever rejected three categories. These categories were to award:

However, there are movements to get Best Casting recognised once again. When Verdict spoke to the Casting Society Of America it expressed hopes of getting the Academy to reconsider the merits of awarding casting directors.

The Oscars statuette has remained largely the same in its design since it was first given in 1929. It was MGM art director Cedric Gibbons who put forward the first design for the Oscars, while sculptor George Stanley realised the model in three dimensions.

The statuette depicts a knight holding a sword and standing on a film reel. The reel has five spokes to symbolise the five original branches of the Academy: actors, directors, producers, writers, and technicians.

Each statuette is are cast by Polich Tallix fine art foundry in New York’s Hudson Valley in January. They are all made of solid bronze and plated in 24 karat gold. They have been made this way since the very first Academy awards.

However, during the second world war, there was a metal shortage so statuettes were made of plaster and spray-painted gold. The winners of these statuettes were invited to trade them in for metal ones after the war.

Each year there are more Oscars than categories. This is to prepare the Academy in the case of a tie and because in many cases multiple winners share an award. For example, Best Picture is shared between the film’s producers, so many statuettes are necessary depending on how many producers there are. The Academy’s vault stores surplus statues until the following year.

At the ceremony, each Oscar is blank to prevent anyone from leaking the winners early. Up until 2010, recipients had to hand their awards back to the Academy for engraving.

However, from 2010 inscription stations have been available at the Governor’s Ball (the official Oscars after-party) so recipients can get their awards engraved there and then.

The name of the statuette:

The Academy Award of Merit is the official name of the statuette. It is unknown where the name ‘Oscar’ come from. However, there are two dominant theories.

The first is that Bette Davis, once a president of the Academy named the award after her first husband, Harmon Oscar Nelson. This theory was widely publicised in her biography on IMDB.

The other theory, and the one which is shared on the official Academy website is that Academy librarian (and later its executive director) Margaret Herrick said the statue resembled her cousin Oscar Pierce who she affectionately knew as Uncle Oscar.

In this version of the story, a newspaper columist, Sidney Skolsky was present during the meeting where Herrick said this, and wrote about it in his byline.

Either way, the term has been in use since at least 1932, when Walt Disney thanked the Academy for his Oscar in his acceptance speech. The first written reference to the award being nicknamed an ‘Oscar’ was in a 1934 Time Magazine article.

Highest number of nominations in a single year:

Highest number of wins in a single awards show:

Walt Disney had the most Oscar-nominations ever with 59 nominations.

The most-nominated, least-awarded person is composer John Williams. He has 51 times nominations but only won five times.

Walt Disney won 22 Oscars for various projects throughout his career.

The most nominated actor of all time is Meryl Streep. Her total number of nominations is 19. Streep has won three times. Her winning roles were in Kramer Vs. Kramer (1979), Sophie’s Choice (1982), and The Iron Lady (2012).

Italy has a record 14 award for in Foreign Language film categories.

However, France has more nominations, having been nominated 40 times. Its films have only won 12 times. 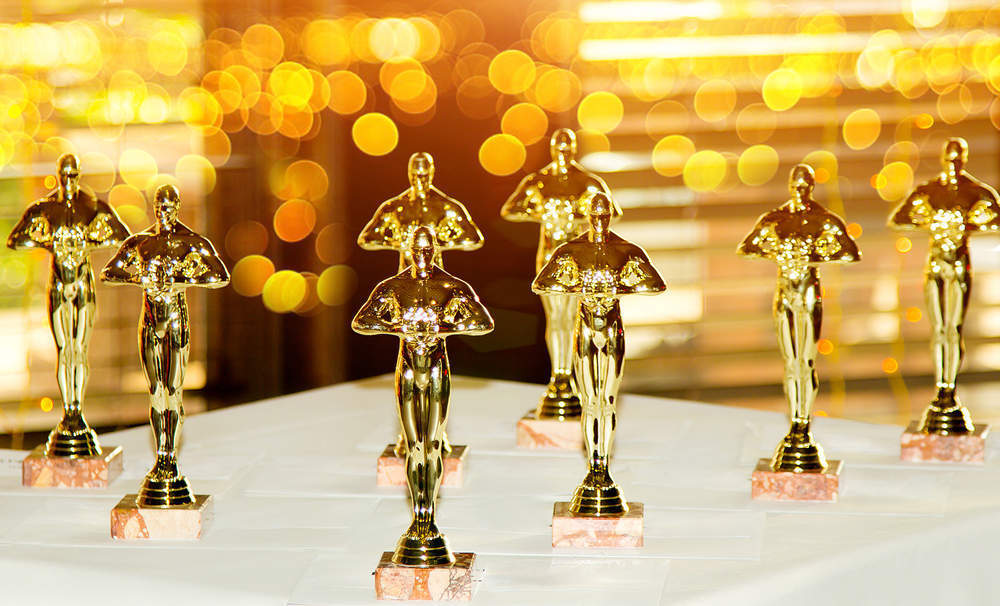 There have been a total of six ties in Oscars history. These are as follows:

There’s plenty to say about this year’s Oscars and Verdict has written about the 90th Academy Awards at length.

The full list of nominees is here, along with information about how the Academy chooses its winners.

This is how the accountancy firm PwC tallies all the votes and how they’re making sure that the 90th Academy Awards won’t fall victim to any gaffes like 2017’s La La Land/Moonlight mistake.

Here are the list of likely winners at this year’s Oscars according to bookies.

And finally, we have also put together several explanations of how previous 2018 award shows give an indication of which films will win at the Oscars. Here’s our guide to the SAG awards, and our guide to the Baftas.

The 90th Academy Awards take place on 3 March 2018. They are broadcast at 8pm ET on ABC. There is also pre-show coverage on ABC from 5pm ET.