Dominic Raab resigned as Secretary of State for Exiting the European Union this morning, tweeting his full letter of resignation.

Today, I have resigned as Brexit Secretary. I cannot in good conscience support the terms proposed for our deal with the EU. Here is my letter to the PM explaining my reasons, and my enduring respect for her. pic.twitter.com/tf5CUZnnUz

It outlines his concerns about the draft Brexit agreement passed by the UK Cabinet yesterday.

Raab served as Brexit Secretary from July 2018, replacing David Davis who resigned because, as he told the BBC, he did not believe in UK Prime Minister Theresa May’s Brexit plan.

May needs a supporter to replace Raab, but who is left?

Raab’s successors could come from Cabinet itself, with a reshuffle from UK Prime Minister Theresa May, or a minister further down could rise up through the ranks.

Some things are certain in May’s choice for the next Brexit Secretary: contenders will need to be pro-Brexit and pro-May.

Raab himself was a Leave supporter.

There are 23 cabinet ministers, the most senior government ministers, including May herself and Raab, and six other MPs who also attend meetings of the high-level decision-making body. 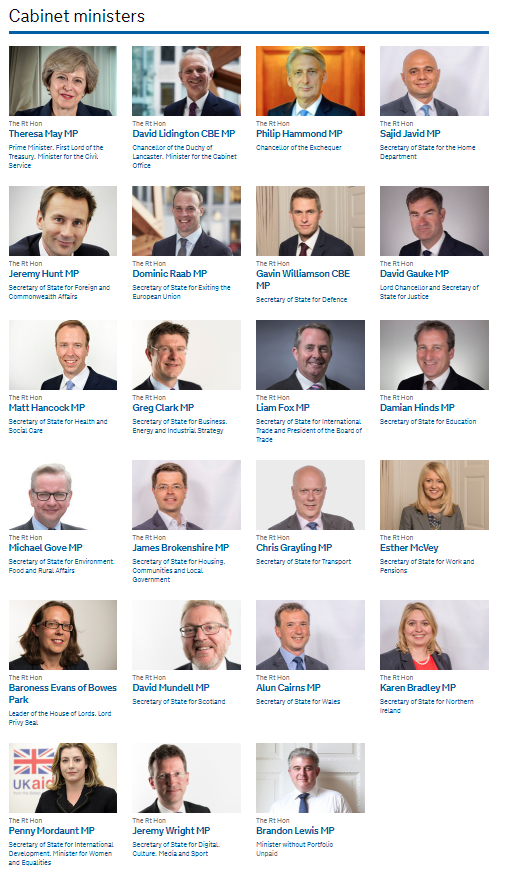 May will not want to appoint a minister as Brexit Secretary who will refuse the job so that rules out ministers like Penny Mordaunt.

There was speculation about the Secretary of State for International Development and Minister for Women and Equalities, Mordaunt, being likely to quit the Cabinet over May’s soft Brexit proposals as recently as yesterday.

Esther McVey, Secretary of State for Work and Pensions also resigned this morning, making her a very unlikely choice. And more resignations could still come in.

The Independent reported that up to 10 Cabinet ministers voiced serious concerns in spite of its collective decision to continue Brexit on the basis of the draft.

One minister, Caroline Noakes, Minister of State for Immigration, who is one of the six who also attends Cabinet has made her support for May’s deal clear on Twitter.

She said: “I support a deal that gives us control over our border, our laws and our money.

“No deal threatens jobs and prosperity in my constituency.

“We are delivering on the outcome of the 2016 Referendum with a pragmatic approach, and I have always favoured pragmatism.”

But so far the tweet has not had a positive response from her followers.

I support a deal that gives us control over our border, our laws and our money. No deal threatens jobs and prosperity in my constituency. We are delivering on the outcome of the 2016 Referendum with a pragmatic approach, and I have always favoured pragmatism.

The 5 top contenders for next Brexit Secretary

According to the BBC, Fox suggested resignations today were “premature”, this might be a signal that he is gearing up for resignation himself, just at a later date.

But it could imply he believes Brexit needs to be concluded properly before those ministers step down from their post.

Fox, the former defence secretary, campaigned for Britain to leave the European Union and has described himself as a Eurosceptic.

He ran for the leadership of the Conservative party for the second time when former UK Prime Minister David Cameron resigned after the result of the referendum in 2016.

Gove led the Leave campaign for Brexit along with Boris Johnson.

He then decided not to back Johnson for the position of Prime Minister back in 2016.

It may be a political power-motivated manoeuvre in both situations, backing Johnson and now backing May.

The only problem is he has not shown up to House of Commons to support May this morning and has cancelled engagements for “family reasons”.

Grayling has been described as Theresa May’s right-hand man, calling for “calm, level heads” on Brexit in October amid another dangerous time for May politically.

He is another Brexiteer and has manoeuvred himself in and out of Cabinet and occupied several positions within two governments, including Justice Secretary and Leader of the House of Commons under Cameron

Robin Walker, Undersecretary of State for the Department for Exiting the European Union

Although he voted to remain in the EU, Walker could be well-placed to take over the helm of the Department for Exiting the European Union from Raab.

Jeremy Hunt, Secretary of State for Foreign and Commonwealth Affairs

The Telegraph reported that Hunt and Home Secretary Sajid Javid “are going nowhere” in terms of quitting.

They and many of their colleagues, it says “are also deeply concerned about the consequences. Quit and you increase the likelihood of a Corbyn Government”.

The foreign secretary was part of the pro-EU side which dominated Cabinet in the referendum, but The Guardian reported in October that Hunt said he would change his vote in favour of Brexit if a second referendum took place.

Moving any of these politicians into the Brexit leader position will also mean replacing them in their current role.

However the priority right now has to be Brexit, and May has to choose well if she wants to keep her draft agreement moving.