The cost of living in an interconnected, technologically savvy world is starting to rack up.

A report published by the United Nations University, the Global E-waste Monitor, is demonstrating just how much: by 2016, 44.7m metric tonnes of e-waste was produced by the world. This is equivalent to almost 4,500 Eiffel Towers.

E-waste is all items of electrical and electronic equipment and its parts that have been discarded.

The shocking figure is made even worse by the fact only 20 percent of this waste was recycled appropriately. This is despite 66 percent of the world’s population being covered by e-waste legislation.

The report calls for more efforts to be made to “enforce, implement and encourage more countries to develop e-waste policies.” 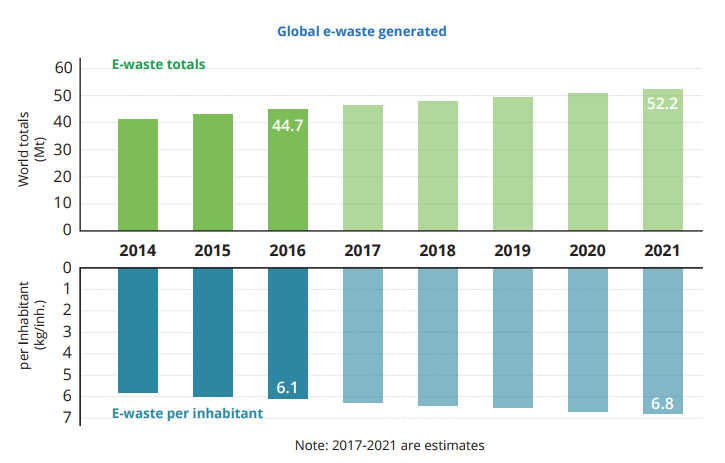 E-waste is bad and it’s getting worse

In the next four years, the amount of technology waste created is predicted to grow to 52.2m metric tonnes. Of this, each person is expected to contribute on average 6.8kg.

Asia is the worst offender, probably because it’s the largest continent in the world. Around 40.7 percent of the world’s e-waste is generated in Asia. However, Oceania generated the highest amount of waste per person, around 17.3percent, with only 6 percent of that e-waste collected and recycled.

The problem is, however, that only 41 countries in the world have official e-waste statistics, meaning a large majority of the waste and what happens to it is unknown.

This is dangerous in other ways: technological waste is likely to be treated as general waste and not recycled in the proper manner, which could have implications for workers handling this type of waste that can produce toxins. 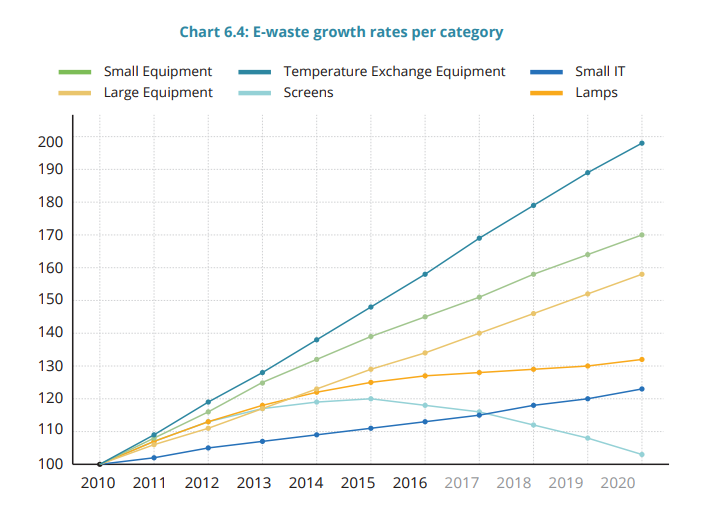 Why is e-waste increasing so much?

The world is now a global information society and this is growing at rapid speeds. The report cites how many people own smartphones and computers, and in particular, the replacement cycles are becoming shorter.

This is also helped by the fact disposable incomes across many developing countries is increasing, which is allowing this growing global middle-class to spend more on electronic devices.

One interesting point the report makes is the waste of power adapters. Around 1m tonnes of the e-waste is thought to simply be chargers. As people move on from devices, they will chuck their old chargers too. 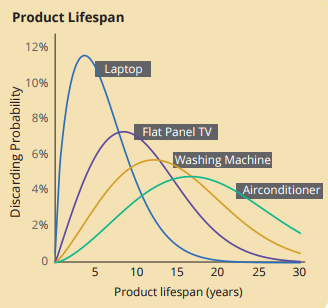 What can be done about it?

The report aims to highlight the amount of technology waste the world is producing. It hopes countries will recognise the issues and track their own e-waste contribution to produce better data, which will make an important step towards addressing the challenge.

And on the individual level, make sure you recycle. 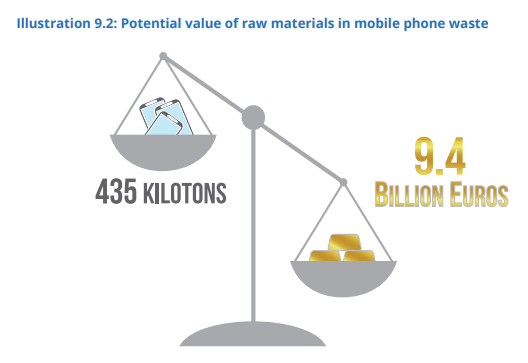