Verdict lists the top five terms tweeted on robotics in November 2020, based on data from GlobalData’s Influencer Platform. The top tweeted terms are the trending industry discussions happening on Twitter by key individuals (influencers) as tracked by the platform.

The role of artificial intelligence (AI) in solving all human problems, its application in chemical research and how it is driving new business models and productivity potential were popularly discussed in November. According to an article shared by Spiros Margaris, a venture capitalist, AI can help solve the world’s most challenging problems right from using it to create diagnostic equipment to building unmanned aerial vehicles.

The article noted that although some fear that AI and robotics will usurp all human jobs, it is the basis for all technological innovations such as driverless cars, smart personal agents, and autonomous drones, among others.

The term also trended with respect to robotics and cloud and how they are changing the future of drug discovery, according to an article shared by Tamara McCleary, the CEO of Thulium, a social media marketing agency. RoboRXN, IBM’s new system, uses deep learning algorithms, robotic labs and IBM’s cloud to automate processes and assist chemists in their work eliminating the need to be physically present in laboratories, the article noted. 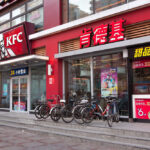 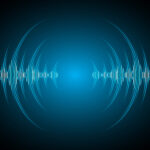 Comment
Chatbots and AI are coming to a retailer near you. Here's how they should be investing in them

AI was also discussed with respect to future technologies opening new business models and boosting productivity, according to an article shared by Andreas Staub, a digital transformation leader. Future technologies enable industries by automating their production processes and making them more efficient, the article noted. For instance, AI algorithms at the Amberg plant of Siemens utilises milling machines data to determine whether the spindles of the machines need to be replaced.

The possibility of automation taking away human jobs and how the army is using machine learning (ML) to build a retention prediction model were popularly discussed during the month. According to an article shared by Nige Willson, a global strategist and AI advisor, humans are sceptical about automation because of the fear of losing jobs. Automation, however, requires human intervention to operate within acceptable limits, the article noted.

Tasks that can be automated need to be first broken down into bits of information that can be trained into an AI system, applying ML algorithms that can be monitored for future applications. Employee attrition is an obvious outcome of automation, but it will not undermine how humans will evolve to improve their supply chains and interact with computer interfaces, the article noted.

ML also trended with regards to the army building a retention prediction model by using ML data, according to an article shared by Iain Brown, head of data science at SAS, a computer software company. Kristin Saling, the chief analytics officer for the Army Talent Management Task Force, stated that the army is using this model to assess its service members to understand the likelihood of them staying in service.

The National Oceanic and Atmospheric Administration (NOAA), an American scientific agency, has also collaborated with Google to determine the advantages of using AI and ML in environmental and satellite data, the article detailed.

Emerging technology solutions such as the internet of things (IoT), robotics, and AI helping first responders fight emergencies and benefits of adopting Industrial IoT (IIoT) automation were popularly discussed topics during the month. According to an article shared by Tamara McCleary, the CEO of Thulium, a social media marketing agency, emerging technologies are helping fight emergencies such as fires and floods.

The Boston Fire Department, for instance, has already been deploying emerging technologies such as AI and IoT sensors that help first responders identify objects and people in the blaze.

IoT also trended with respect to realising the benefits of IIoT, according to a chart shared by Dr Marcell Vollmer, the CEO and senior vice president of SAP Ariba, a software and information technology services company. IIoT helps companies in predicting when an equipment will fail, in asset management and resource optimisation and in increasing revenues, the chart detailed.

Disney testing the use of robotic stuntmen and managers losing their jobs to AI and robotics were popularly discussed during the month. Alvin Foo, an emerging tech and marketing evangelist, tweeted on how the future stuntmen will be robotic. He shared a video detailing autonomous robot stunt doubles developed by Walt Disney Imagineering Research & Development under its Stuntronics project.

The project is part of Disney’s plan to create self-correcting aerial performers or bots that can be hung by a wire, fly through the air, hold their posture, and also correct their moves and perform aerial tricks each time.

In other discussions, Nige Willson, a global strategist and AI advisor, shared an article on how managers instead of low-level employees are losing their jobs to AI and robots. A study conducted by the University of Pennsylvania Wharton School finds that AI and robotics are constantly expanding within the business enabling the technologies to act as managers that can oversee more operations, the article detailed.

The study further revealed that robot-driven firms employed more human labour over time contradicting the popular belief that robots were replacing humans. The findings also revealed that most of the labour were displaced from jobs that did not adopt robots, the article noted.

The future of stuntmen will be #robotic. Check out #Disney testing its robotic stuntmen. 👍#AI #DigitalTransformation #IOT #robot #futureofwork pic.twitter.com/P631ZIIn1C

Robots powered by light and the future innovations in robots were popularly discussed in November. According to a video shared by Ronald van Loon, a technology influencer, nickel hydroxide-oxyhydroxide is an actuating material that can be powered by visible light. The material can be used to create mini robots as well as artificial muscles in bigger robots.

Despite being light weight, the material is strong enough to exert a force 3,000 times greater than its own weight. The video further elaborates how a mini arm was created using two strips of the material and could carry objects 50 times its weight. The technology can be used to empower rescue robots in visible light.

Innovation also trended with respect to what to expect from robots in an article shared by Bob Carver, a threat hunter and cyber threat intelligence strategist at Verizon, an information technology and services company.

Experts believe that robots are filling up more roles to keep humans protected against the Covid-19 disease today and will be working along with humans and not for them in the near future. They call for robotic designers to re-think their strategies to not only accommodate robots in the environment but for the environment to change and accommodate these new working robots, the article noted.