The Romanian telecom market regulator (ANCOM) announced that auction for radio spectrum needed for the development of 5G services is postponed and will be held in the first half of 2020, not in December 2019 as originally planned.

In Romania, the first 5G services were commercially launched in November 2019 by Orange on its existing frequency resources. However, for further development of 5G services, vital spectrum needs to be allocated to telecom operators. This delay could initially cause a relatively slow uptake of 5G services in the short-term. 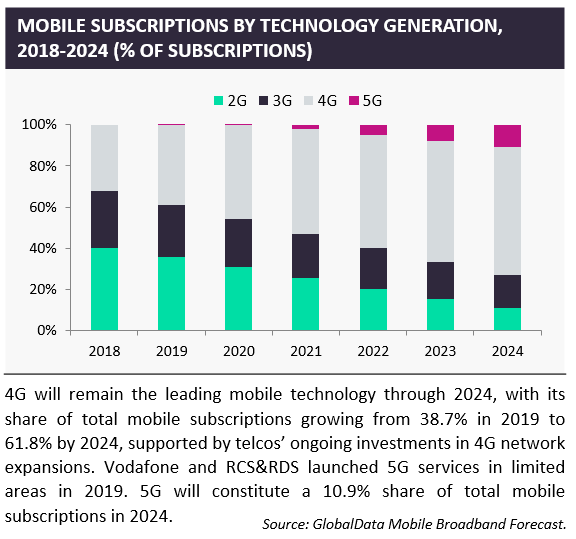 Romania’s regulator said the delay for the auction is due to the following three main reasons:

Additionally, during a consultation for the spectrum auction, the telcos suggested changing the amount of the licence fees and the calendar for their payment, as well as the coverage obligations which ANCOM proposed in the Terms of Reference.

The comments submitted by telcos during the regulatory consultation that started in July 2019 has led ANCOM to propose amended auction documentation for coverage obligations currently under review. Also, ANCOM announced that the final decisions on the planned levels of payments, which were challenged by operators (currently the value of the spectrum bands to be auctioned is estimated by ANCOM atEUR580m), will be taken directly by the Romanian government.