How much you get out of Sicilian Ghost Story is largely down to your familiarity with the case which inspired it.

While the film is based on a true story, it is interwoven with fictional elements. It isn’t until the final title card arrives that the film openly acknowledges its real-life roots.

Sicilian Ghost Story follows the story of Luna and her friend Giuseppe. The two schoolchildren are best friends, and Luna nurses a crush on Giuseppe, despite her mother’s disapproval. However, when Giuseppe is captured by mafia goons posing as police officers Luna is the only one who’ll even acknowledge him or his disappearance.

The film is adapted from the real life story of Giuseppe Di Matteo. His father was a former Mafia member turned police assassin. The Sicilian mafia kidnapped Giuseppe and held him hostage for over two years, torturing him intermittently to push his father into silence.

Directors Fabio Grassadonnia and Antonio Piazza are both Sicilian themselves. Speaking ahead of film’s UK premiere at the London Film Festival in October 2017, they shared with Verdict how the case was writ large in their cultural memory and that really helped inform the way that the final film came together. Grassadonnia explains:

“When it happened it was a shock for the Italian public. It was a very difficult, terrible period for Sicily. For a long time we have thought that it was impossible to make this story because it was too painful, too full of horror.

“Then in 2011, we read a short story based on the same event and that gave us the key to our possible adaptation: to reimagine the event into a sort of fairytale. The story was told through the eyes of a schoolmate of the kid who got kidnapped, a girl in love with him. That, for us, opened up possibilities.”

Piazza adds that they felt they really couldn’t tell the story as it was:

“It’s a story of pure horror with no possible hope or redemption for anybody. But we made the film as an act of love for this stolen, forgotten child. The child never had the experience of love, so we thought a love story would be the key to enter this story.

That’s why, for the majority of the film, the camera follows Luna, an entirely fictional character. We only dwell on Giuseppe briefly and occasionally. The focus of the film is on the community and the personal effect of the kidnapping.

Still, that’s not to say the film totally shies away from depicting the horror of Giuseppe’s kidnapping. Grassadonnia and Piazza explain that they spent literally years reading the details of the case. As far as they’re concerned, despite the fantasy elements of their film, there has never been a more accurate depiction of the crime.

But intertwining fantasy and reality was carefully considered, Piazza explains:

“Of course when you decide to tell a story like this in this way you know that it’s a challenge. For us, from the very beginning, we couldn’t betray the deep moral meaning of what happened.

“Through the journey with Luna we have to try to push the audience inside an emotional journey. We could not subtract anything from that journey. We selected the moment of his imprisonment because all the moments connected with the kidnapping, the segregation, the killing, come from reality.

“The thing that we see about the boy, about his imprisonment, it happened the way you saw it in the film. All the characters there, all the words, the whole situation, we didn’t create anything.

“She represents our point of view. Not only because she’s the one who doesn’t surrender, who doesn’t want to close her eyes, she’s the one who wants to know the truth. But also she’s using a fantasy, her imagination and dreams at night, to reimagine reality. A revolution against the facts, the way they are told. Sometimes facts become written in stone and become something that you have to destroy. Fantasy, for us, is a political act.”

For Grassadonnia and Piazza, that emotional journey is the key component of film-making. It’s part of their new conception of what cinema should be, especially Italian cinema. 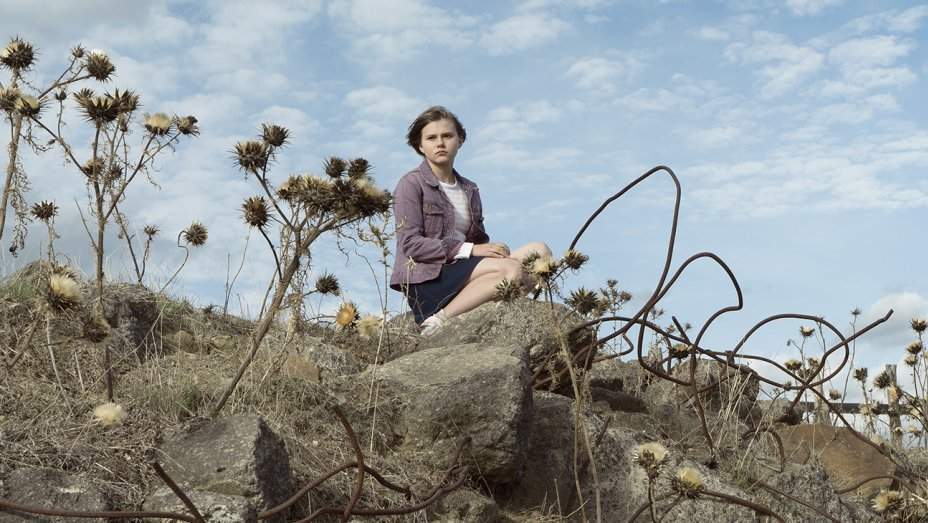 The directors share that in their home country, Sicilian Ghost Story was met with shock from critics. They also faced some abuse on social media.

However, they are excited for UK audiences to see the film, because true crime is such a well-known and accepted genre in British fiction. In the UK, they say, people are used to see true crime events being twisted and shifted into different shapes and forms, or incorporating new elements such as fantasy.

This is not the case in Italian cinema, they argue.

“Actually, it’s the first time that a backstory coming from reality like this story has been made into a fairytale narrative. This shocked the critics.

“We knew that it was a challenge and we knew it’d be a challenge for our Italian distributor. We knew it would a challenge for some critics. Usually Italian audiences don’t have much trust in Italian film. That’s because in the 1980s and the 1990s, we didn’t make great cinema.

“But now, in the last few years, things are changing. There’s more interest in filmmakers and films made in Italy. The thing is that you have to earn their trust again.

“So for us, we thought “okay, maybe the Italian audiences will think ‘oh no, it’s another Mafia story about a terrible event which happened in Sicily.’ We don’t want to watch it.”

“So we found that they entered with that expectation and they are completely blown away by the kind of treatment we gave to the material. They were shocked. They experienced the film through their emotions, not through the filter of their intellectual approach.”

Grassadonnia explains that their approach to crafting an emotional journey came from their backgrounds as voracious readers. He states that Shakespeare’s Romeo And Juliet was a source of inspiration. On paper, the story is twisted, knotty, and borderline ridiculous. However, it’s Shakespeare’s verse that allows readers to approach the story with their emotions. This approach helped inspire Sicilian Ghost Story:

“This Romeo and Juliet are really children who have to experience something so much bigger than Romeo and Juliet. They succeed in it. It’s a fairytale which works against the typical expectations of a Mafia story. It can give you a really emotional journey. We think cinema should try to come back to that sort of track: not too intellectual, not too stupid, but try create a more emotional and sensory experience inside the cinema. That’s what we tried to do with this film.” 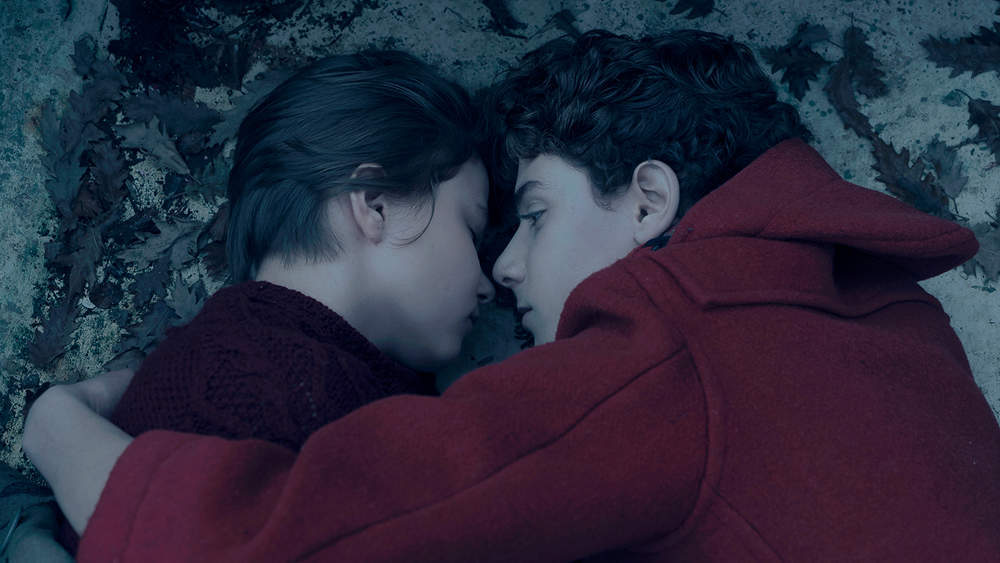 Towards the end, when Sicilian Ghost Story reveals Giuseppe’s ultimate fate, there’s an almost-stomach-churning moment set within the serene calm of a placid lake. It’s a shot which will stay with audiences long after they leave the cinema, despite not being horrifying or violent. There’s a distinct Italian sensibility to the moment which has never really been seen in UK or American movies. The audiences are forced to immerse themselves in the moment with the characters.

When I bring up this moment, Piazza explains that it was always meant as the zenith of that emotional journey:

“You have to sit there and you have to suffer. It takes time so you start to question why we’re still there, but then something happens. And you have to be ready to understand what is going on.”

But Grassadonnia and Piazza didn’t simply find two great child actors and let them get on with it. They worked with Jedlikowska and Fernandez for months, giving them time to collaborate and explore the story with the children. Grassadonnia explains:

“They say it’s very difficult to work with young actors. The truth is, it’s difficult if you think you can work with them the way you work with professional adult actors. No, you need time.

Despite the dark heart of the film, the on-set experience was a joy for everyone, says Piazza:

“Working with the kids in summer on set brings a lot of joy. Little by little they made it their mission to work to dedicate themselves to the story of this kid who had a different destiny compared to theirs.

“When we had to go through the most difficult moment of the story, the very painful moment where Giuseppe and Luna are facing the biggest horrors, all the people around the set protected the kids from the pain.

“The people around the kids were able to give them the right attention and friendship. It was incredible. We’ve never worked anywhere so happy and full of energy. All the people involved knew the work were doing was something more than just the film.”

The old wisdom about the film industry is ‘never work with children or animals’. Sicilian Ghost Story has both. And, for Grassadonnia and Piazza, the latter were more trouble than the children.

However, despite it being ‘quite difficult’ to work with animal actors, Piazza explains that they brought a lot of laughter and joy to the set:

“The dog gave us a lot trouble because he was supposed to be a bad dog, but actually he was so nice. He liked the kids so he was playing with them all the time.

“The most perfect actor was the little owl. He was perfect. All the time, he had such good behaviour. We had to set the cameras up to capture the right moment because he was a little shy, but we had a lot of fun. He was perfect.

“Working with kids and animals, yes, can be difficult, but it’s incredibly funny. Every time it’s open to things happening in the most unexpected way possible. If you’re open to enjoy and embrace that, and use it in a positive way, it’s an incredible adventure.”

Sicilian Ghost Story is released in cinemas in the UK on 3 August.