Earlier this week, Snapchat announced that it is testing Visual Search, “a new way to search for products on Amazon right from the Snapchat camera”.

Described by the company as “the fastest way to shop”, Snapchat’s Visual Search allows users to point their snapchat camera at physical products or barcodes, tap and hold the screen, and then be directed to Amazon where they can view or buy the product.

Although details of the partnership are vague, with Snapchat saying that it slowly rolling out the feature, it is the latest instance of a social media platform experimenting with e-commerce and in-app shopping.

First introduced last year, Instagram’s “Shop” feature allows retailers to tag products in images, which when clicked on direct users to where the product can be purchased. The Facebook-owned company is also reportedly developing a standalone shopping app, which will allow users to browse products and make purchases without leaving the app.

Similarly, Pintrest’s Shop the Look tool uses “shoppable photos” in a similar way, and was recently expanded to include small and medium-sized businesses.

As well as Visual Search, Snapchat has further widened its ecommerce offerings with the launch of  Shoppable Snap Ads, in which brands can feature a collection of products on their Snap Ad, and users can tap directly to get product details.

The next e-commerce trend?

With an increasing consumer demand for instant gratification when shopping, it is unsurprising that many platforms are investing in the creation of a social shopping experience. Brands are now looking to existing social media platforms not just as a means of reaching audiences and building brand awareness, but as ways of directly selling products.

Data from Statista suggests there will be a 246.15% increase in global eCommerce sales from $1.3tr in 2014, to $4.5tr in 2021, with much of this expected to be generated by the growing importance of social media in e-commerce.

Whether Snapchat will be able to rival the likes of Instagram in this area remains to be seen, but the new feature may be able to capitalise on the platform’s appeal to younger audiences, with figures from earlier this year showing that Snapchat remains more popular than Facebook and Instagram service among US teens aged 12 to 17.

Snapchat’s Visual Search may provide a much-needed boost for the company, which has reported a decline in revenue growth in recent quarters, and the first-ever decline in daily users since its launch.

So far, the news of the new feature has not impacted Snapchat’s share prices, which rose directly after the announcement, but then levelled off again. Shares are down more than 38% so far this year. 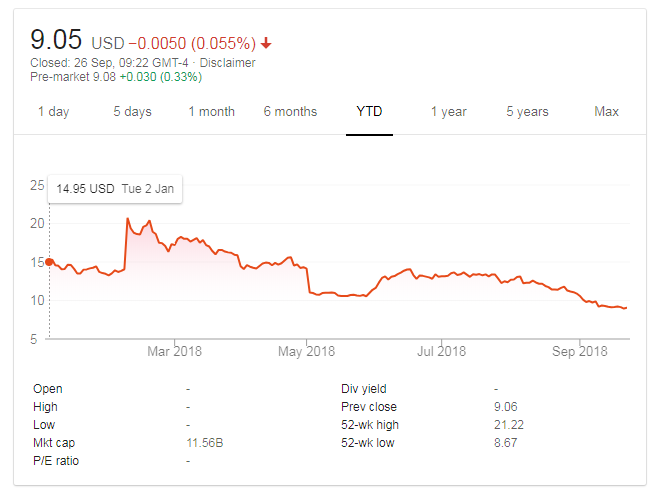