Good morning and welcome to Tech Report Weekly 31 August. This week in tech Zoom announces its latest quarterly results. Has its pandemic surge continued? Samsung will reveal more details about the latest model of its foldable phone, the Samsung Galaxy Z Fold 2. And London Tech Week kicks off ten days of virtual events celebrating innovation in the capital.

We’ll be taking a deeper look at the growing interest in central bank digital currencies in this week’s Spotlight. The Verdict team has also highlighted some of the top technology journalism we’ve been reading from around the web, as well as key quotes, news and features from our own reporting. If you’d like all of this sent straight to your inbox every Monday at 7am, subscribe here.

Has Zoom sustained its pandemic surge?

Why it matters: It’s been a big year for Zoom. The pandemic has seen demand soar for its video communications software, which has propelled its share price by 335% since the start of the year. Last quarter, the US company generated revenues of $328m – a 169% year-over-year increase. Has this remarkable growth continued? Analysts seem to think so. They anticipate revenues of $500m, which would mark quarter-on-quarter growth of 52%. But as offices continue to cautiously reopen, will demand for Zoom remain?

Also reporting earnings this week is Crowdstrike. Analysts expect the cybersecurity company to post quarterly revenue of $186m. This would mark a 74.5% year-over-year increase, with companies investing more to protect remote workforces from cyber threats a possible growth driver. Meanwhile, US chipmaker Broadcom is expected to be another pandemic winner, with revenues forecasted to come in at $5.78bn, a 4.8% year-over-year increase.

How to follow it: Zoom posts Q2 earnings on Monday, Crowdstrike shares its Q2 results on Wednesday and Broadcom reports Q3 earnings on Thursday.

What’s happening: London Tech Week gets underway to celebrate innovation, talent and development of the tech sector in the capital.

Why it matters: The pandemic may have put a pause to physical events, but that hasn’t stopped London Tech Week from scaling up. Now in its seventh year, it has expanded the virtual event to span across 10 days.

Within the umbrella of London Tech Week are ‘anchor’ events covering areas ranging from AI to quantum computing to accelerateHER, which champions women founders and tech leaders. Among the speakers are chief executives from Houseparty, IBM and Trainline and even music legend Nile Rodgers. One drawback to online events is the limited networking opportunities that arise spontaneously in-between talks or in the queue for the burrito stand. To counter this, London Tech Week is hosting virtual networking sessions and roundtable discussions.

How to follow it: London Tech Week takes place between 1 September to 11 September. You can register here.

Why it matters: Folding phones burst onto the scene at Mobile World Congress 2019 and for a brief moment it seemed as though every phone maker was betting on this new design becoming the future of mobile handsets. More than a year on and foldable phones are yet to hit the mainstream. High price points – often approaching $2,000 – and functionality issues have so far proved to be big barriers.

This week Samsung is expected to reveal more details about its second foldable model, the Galaxy Z Fold 2, such as the release date and specs. The Fold 2 will address some of the complaints against the Fold 1, such as giving the new version a bigger external display from 4.6 inches to 6.2 inches. It will also be compatible with 5G. Samsung is already listing the phone on its UK retail sites at £1,900, making it £100 cheaper than the previous model. While this still puts it firmly in the premium price range, it could garner attention for the South Korean firm’s other devices at a time when global smartphone sales have been on the decline.

How to follow it: You can watch the online event here on Tuesday at 3pm BST. 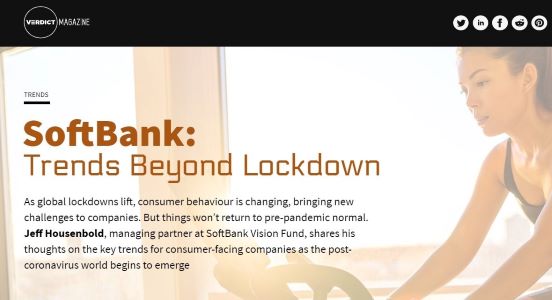 One topic that has been quietly gaining ground this year has been central bank digital currencies (CBDCs), and a recent public meeting of central bank and industry representatives hosted by the OMFIF Digital Monetary Institute has shone new light on what may be in store. Although still in the early stages of consideration, CBDCs have the potential to dramatically transform banking operations, increasing efficiency and transparency, as well as virtually eliminating money laundering and fraud. They are currently being explored by banks across the world, with the Bank of England among those that are seriously considering the technology.

However, what form they will take remains very unclear. While some are considering retail CBDCs, which would either work alongside or in replacement for cash, others are looking mainly at wholesale CBDCs to work within finance. The technology that underpins them is also up for discussion. While representatives from the blockchain industry are, naturally, eager to make the case for the technology’s role in CBDCs, the central banking industry is also looking beyond blockchain to other digital ledger technologies. The end result is very likely to be blockchain-inspired, but it may not actually be blockchain.

While all this remains firmly on the horizon, there are potential benefits for businesses, particularly around potential efficiency improvements in auditing and near-instant cross-border payments. What it does highlight is that digital currency naysayers are very unlikely to be vindicated. From JP Morgan to Facebook, central banking has seen the digital currency efforts enterprise is engaging in, and doesn’t want to be left behind.

“In recent weeks, as the political environment has sharply changed, I have done significant reflection on what the corporate structural changes will require, and what it means for the global role I signed up for. Against this backdrop, and as we expect to reach a resolution very soon, it is with a heavy heart that I wanted to let you all know that I have decided to leave the company.”

– TikTok CEO Kevin Mayer announces his resignation from the video-sharing app less than three months into the job.

Facebook wanted to be a force for good in Myanmar. Now it is rejecting a request to help with a genocide investigation

Matthew Smith unpacks Facebook’s use of US law to obstruct an investigation of Myanmar’s role in in the genocide against the Rohingya people in this piece for Time.

Coronavirus: Romance scams, the Yahoo boys and my friend Beth

For the BBC, Zoe Kleinman explores the dark world of romance scams.

Oliver Franklin-Wallis looks at how writers are turning to newsletters to become their own media brand for Wired.