With the average salary for tech jobs in the UK currently at £62,500, compared to the UK’s average salary of £29,009, high wages have long been associated with the tech industry.

This is only set to continue, with a shortage of tech talent expected to drive a further increase, with programmers’ salaries in London increasing by 25% in 2018. Despite this, many people in the industry feel they are not paid as much as they should be.

Anonymous chat app Blind asked tech workers to answer true or false to the following statement: I am paid far less than the value I create.

With responses from 10,563 users, the survey revealed that more than half of respondents feel they are underpaid, with 55.8% responding with “True”.

Facebook had the lowest percentage of employees answering true at 31.00%, and eBay and PayPal were also towards the lower end, at 44.64% and 46% respectively. According to Recode, the median salary for Facebook employees in 2017 was a generous $240,430. 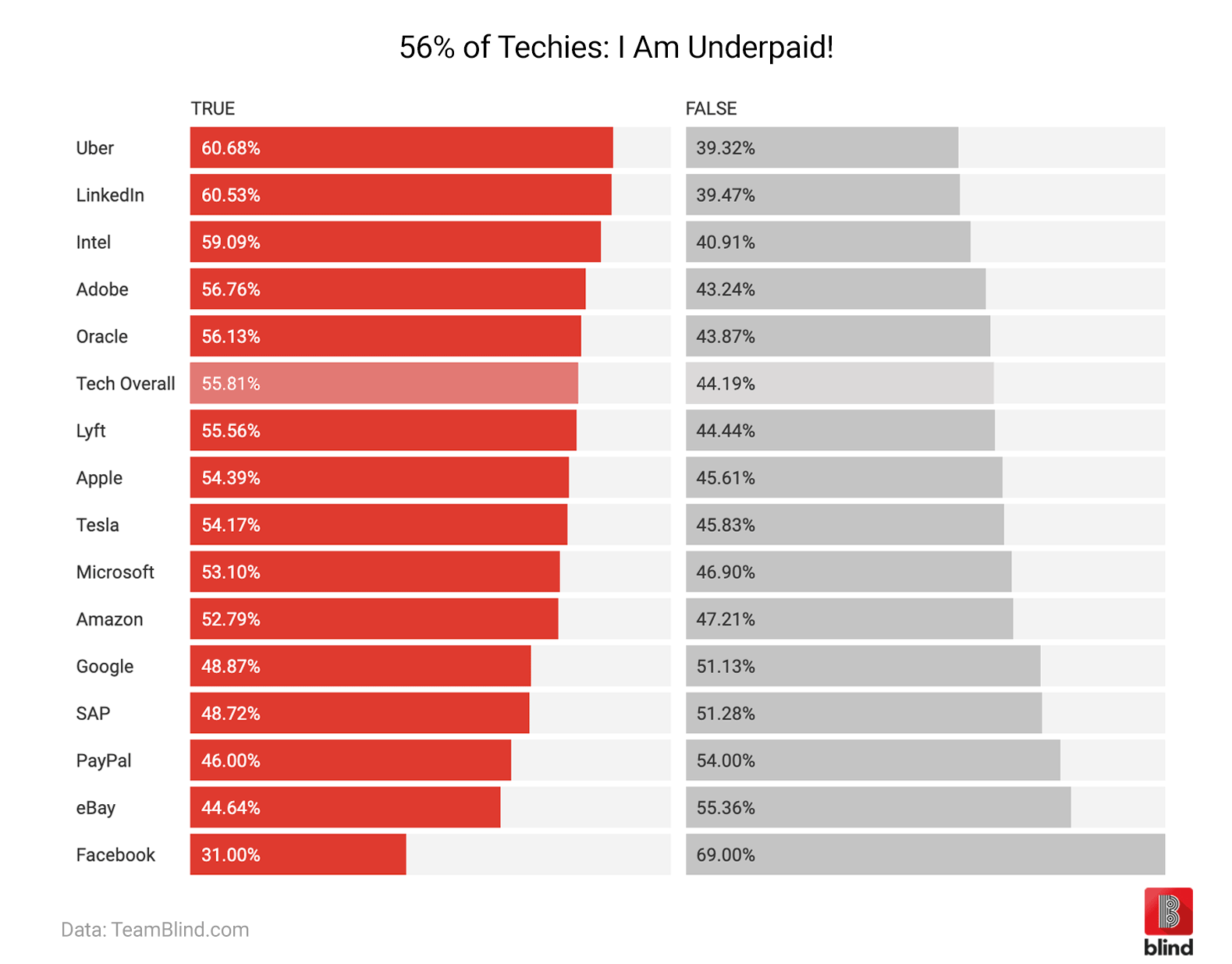 Although tech salaries are attractively high, the culture for long work hours (Elon Musk claims to regularly work 80 to 90 hours a week) and the requirement for employees to always be connected may be leading some to feel dissatisfied with their salary.

Furthermore, the issue of pay equality may be leading workers to feel undervalued, with a recent study by Glassdoor revealing that the tech industry in the US has a gender pay gap of 5.4%, higher than the national average pay gap of 4.9%.

However, it is worth noting that the survey does not differentiate between job type, and may include lower paid roles such as delivery drivers or Uber drivers alongside technical roles, and also does not take into account other factors such as race or gender.