The value marked a decrease of 32.3% over the previous quarter and a drop of 17.4% when compared with the last four-quarter average of $3.22bn. 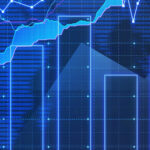 In terms of deal activity, Europe recorded 184 cloud deals during Q2 2022, marking an increase of 17.20% over the previous quarter and a rise of 50.51% over the last four-quarter average. The UK recorded 46 deals during the month.

The top five cloud venture financing deals accounted for 34.6% of the overall value during Q2 2022.

The combined value of the top five technology cloud venture financing deals stood at $920m, against the overall value of $2.7bn recorded for the quarter.

The top five technology cloud deals of Q2 2022 tracked by GlobalData were: